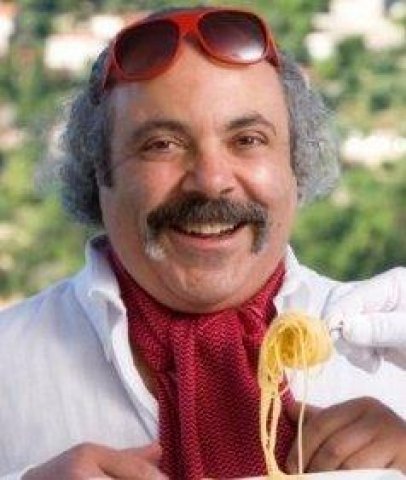 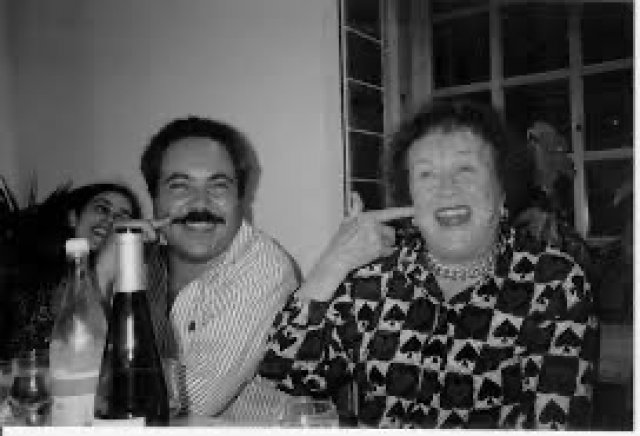 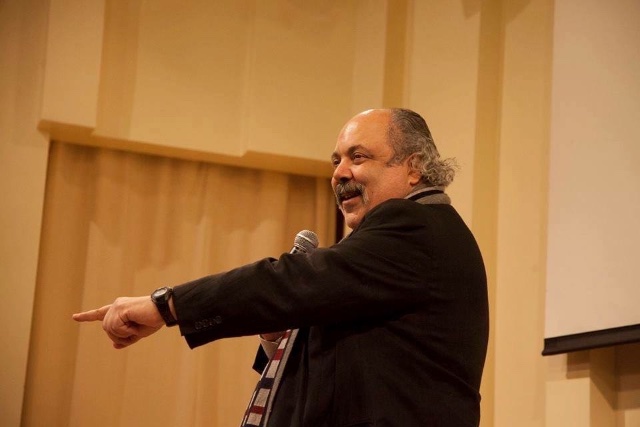 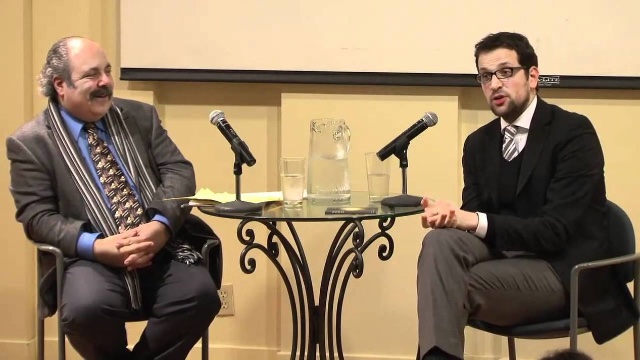 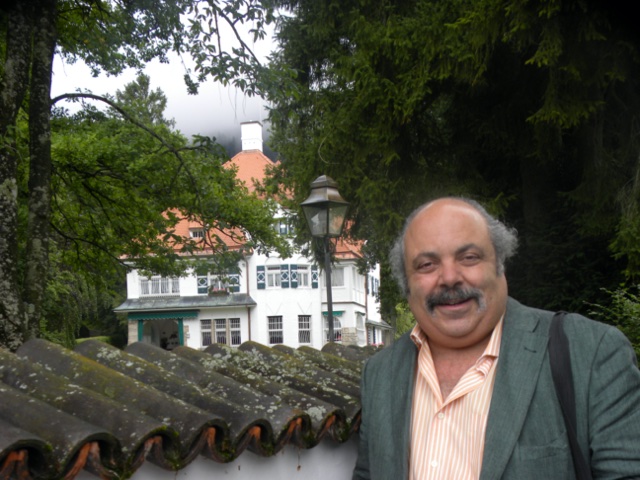 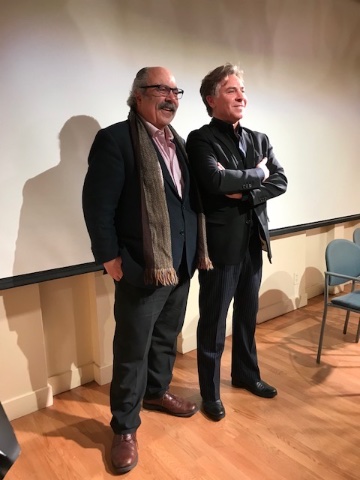 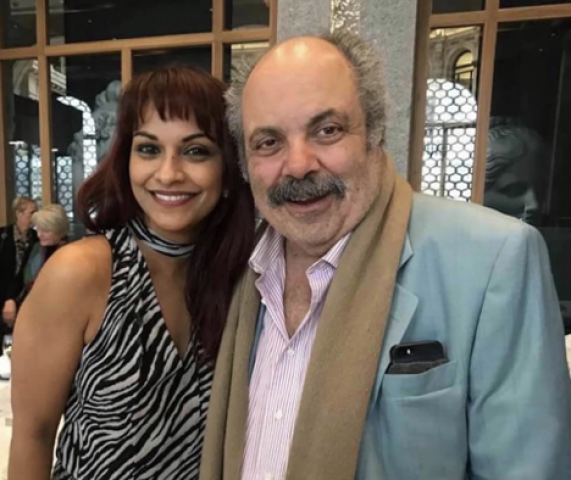 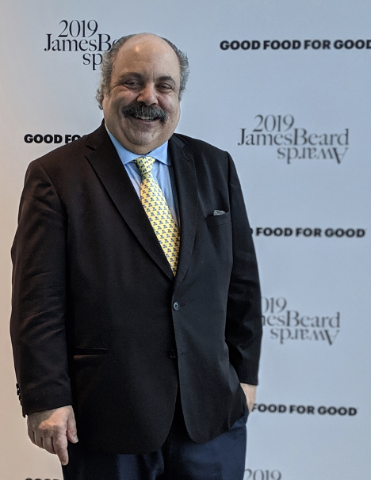 I first met Fred Plotkin in his apartment, over a decadently delicious lunch of tajarin (silky, thin strands of pasta) grated with white truffle.  I had been brought there by a mutual friend. Italian of course.

Fred was, in those days, the Performance Manager at the Metropolitan Opera House. That was around 1986. He had, as he told me that day, worked in opera since 1972, doing everything except singing. This included management, production, design, coaching, consulting and broadcasting.

Sometimes I wonder if Fred was born in an opera house with a truffle in his mouth.

In addition to all his expertise in opera, he has also been a finalist for the Julia Child, James Beard and IACP cookbook awards and is a judge for the Beard awards.

Going back to our first meeting, he had already published The Authentic Pasta Book, 1985 (Simon and Schuster.) That was followed by Recipes from Paradise in 1989. (Little Brown & Company.)

But it wasn’t until 1994 that he wrote his capolavoro: Opera 101, the complete guide to learning and loving opera,(Hachette Books) by far his most celebrated and best-selling book.

To date Plotkin has published nine books, six of them on Italian Cuisine.

Yes, the man is a polymath in every sense of the word.

As I too was in love with Italy, and all things Italian, and had grown up listening to opera, we bonded.

It didn’t hurt that I lived a mere 15-minute walk to the Met. So, on many, many nights Fred would call, last minute, and say, “I have house seats to Aida, or Tosca or Falstaff, Wagner or whatever.  And so, over the years, my knowledge and enjoyment of the art increased 1000-fold thanks to the largesse of Fred.

His last production as Performance Manager was La Boheme. He said good-bye to the Met and moved on to the National Endowment for the Arts where he traveled the U.S. as an opera expert helping companies improve their operations and level of artistic quality.

In the ensuing years Fred’s career expanded into traveling the world consulting, lecturing and teaching opera. He taught at the Smithsonian Institution, lectured at opera companies and festivals worldwide,  spoke annually at the Oxford Literary Festivals on topics relating to opera and Italy.

Until Covid he was also the opera expert for the New York Times Journeys in which people sign up to learn opera while attending performances in such far flung places as Austria, Italy, Ireland.

When the pandemic shuttered the opera world and drove casts and crew to lock down in their respective homes, I wanted to know how it affected Plotkin’s peripatetic life. And so I phoned him in his Manhattan home where he is sheltering in place. “I haven’t gone South of 72nd Street since March,” he told me.

“I am not a singer or musician, yet my working life has a lot of similarities in that most of my income is derived from appearing in front of audiences in places of public assembly. People buy tickets to what I do so, of course, that means that all of my contracts, all of my speaking engagements, have been canceled until November.”

“In the beginning of March, he said,  “I  was speaking in London for the Oxford Cultural Collective.

"I had gone to Britain equipped with a mask and hand sanitizer. Londoners could not find those things anywhere. By the time I got home to New York on March 8, most of my speaking engagements and work trips for 2020 had been canceled and those that had not soon were. These included teaching about the Slow Food Movement at Fitchburg State University, the classes I lead at NYU called Adventures in Italian Opera, and a monthly lecture at the Smithsonian in Washington.

Travel for opera work in Paris in April and Milan in May and September was canceled, as was leading a symposium for New York Times Journeys on Wagner’s Ring Cycle in Chicago in April and another Times symposium at the centennial Salzburg Festival in August. I had speaking engagements in other places, including Sarasota, Dallas and the Getty Museum in LA be canceled, though I hope to do an online version of the Getty talk (about Michelangelo’s relationship to food and wine). Sadly, everything at present is on hold.”

Knowing Fred for thirty-four years, I know he is an eternal optimist.

“Yes, these are very scary times and I fully understand those friends, colleagues and other people who are depressed, angry or frightened. But I have had many fallow periods in the past and used them to plant metaphorical seeds and do some work every day even if no one is paying me to do that.”

As we have all had to develop some sort of ‘coping mechanism” for maintaining our sanity during these insane times, I wanted to know how an opera expert who lives on airplanes giving talks around the world keeps busy during lock down, when traveling is out of the question?

“I sit down at my desk and work every day because I have always done so. I don’t necessarily expect that all of it will lead to something that will earn me money, but I find it healthy to focus on something I can create, rather than all the things I cannot control”

On a  positive Covid note, one thing that has sprung out of the shutdown is a column for  WQXR.org, On April 24th, Plotkin began hosting a weekly show for Idagio.com. The show is called Fred Plotkin on Fridays. It airs at 2pm Eastern Standard Time, and shortly thereafter goes on YouTube where it can be heard around the world.

“I am joined by musicians, by people in the music business, and others who feel music deeply. I fear that, until a vaccine is developed, all performing arts will struggle to return to a fully live, collective experience. This crisis is still all too new and I want to reflect on how the art form can work its special magic in the face of a new reality. My guest this Friday, July 24th, is tenor Gregory Kunde, who, in 2016, was the winner of the International Opera Awards for best “Male Singer of the Year.”

While we are all dreaming of better days, of flying again, going back to the world we knew, I know that the pandemic with its shut-downs and sheltering in place has disrupted sleep in unexpected ways.

Many of us are dreaming vividly – even covidly.

So I asked Fred if he, like most of us, was finding his dreams more bizarre.

“So many of my dreams now seem to involve opera. Sometimes I envision a passage such as the closing scene of Manon Lescaut as Renata Scotto sings “Sola, perduta, abbandonata,” ( alone, lost, abandoned) and I think of patients dying of COVID-19 all alone because their loved ones are not allowed to be near them.

"Another night, well before entering REM sleep, I bolted upright in bed thinking I had heard Elektra sing of being 'Allein!' (alone).  Later in the same opera, Klytämnestra tells her daughter about her horrible dreams. You might think Elektra is not the ideal opera for this time, but I find it gives me a visceral release, especially if I decide to do Elektra’s wild dance around my bedroom during the final scene and then drop into bed like a stone. (When you are alone you can do whatever you want — as long as you don’t disturb the neighbors.)

"And then there are dreams of masks! I have heard performers and fans say, with a tone of jaded resignation, that in a time of opera corona, singers might have to perform with masks on…..No opera is more closely associated with masks than Verdi’s Un Ballo in Maschera, inspired by the story of Swedish King Gustav III, who was assassinated at a masked ball in Stockholm.”

Dreams are basically stories and images that our mind creates while we sleep. I imagine that these days the pandemic is messing with everybody’s dreams. As Shakespeare put it “To sleep, perchance to dream. Ay, there’s the rub, for in this sleep of death what dreams may come.”

While Fred Plotkin is lucky enough to dream of opera I dream of not having to write another word about the pandemic.