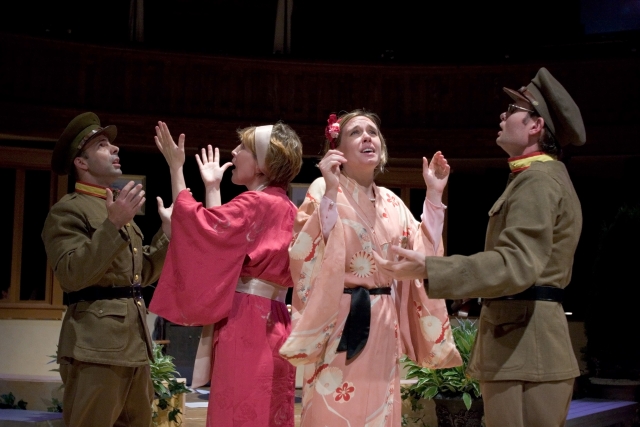 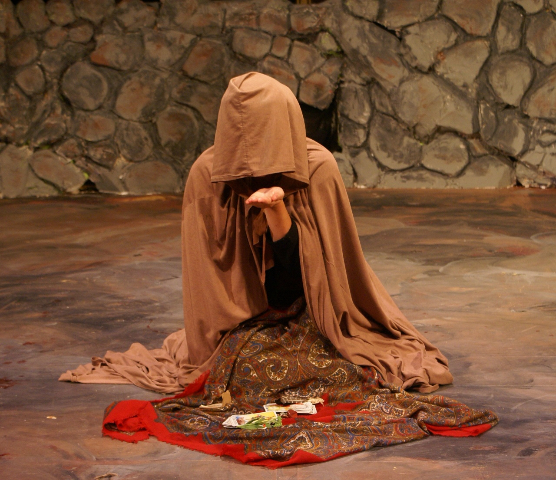 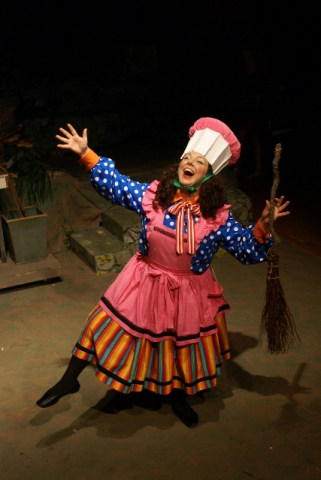 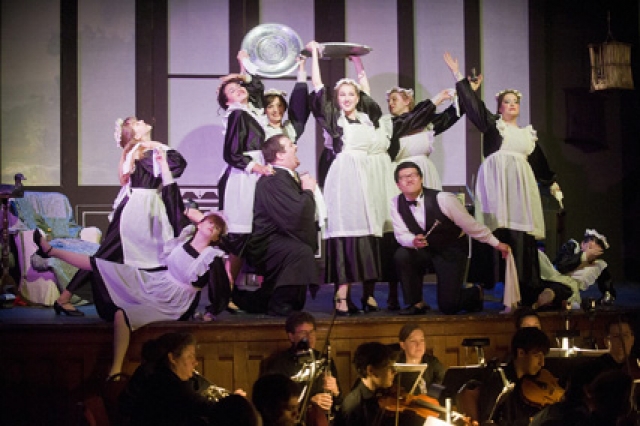 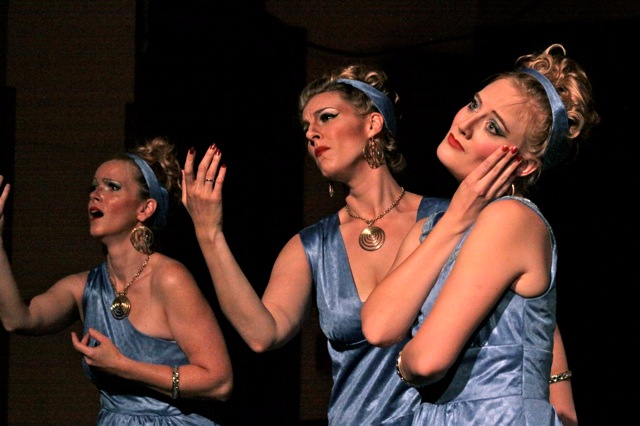 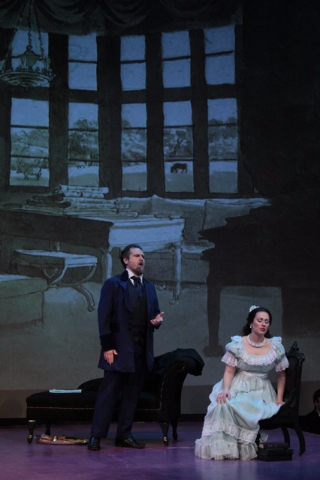 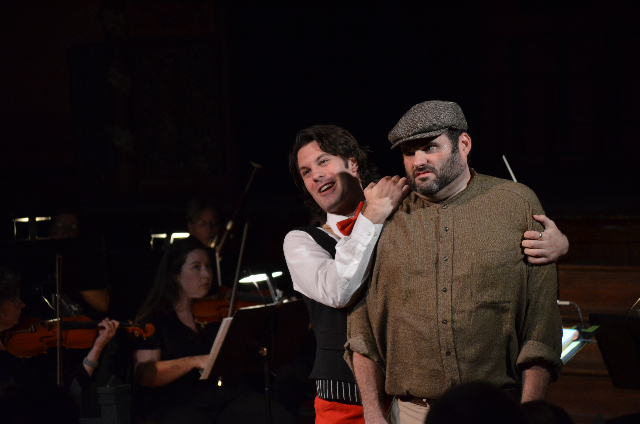 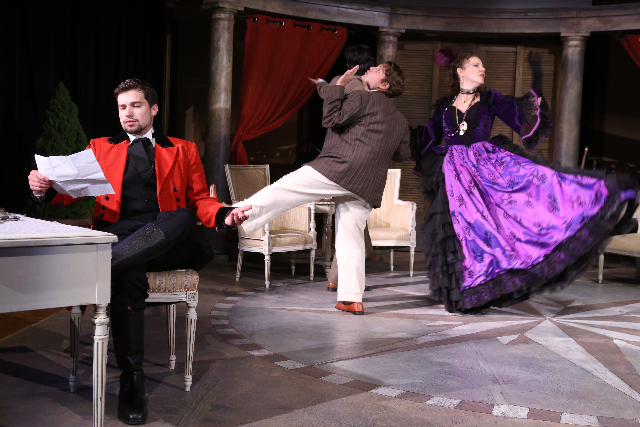 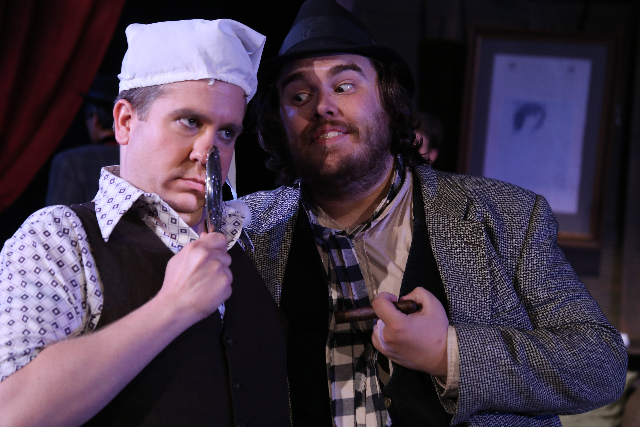 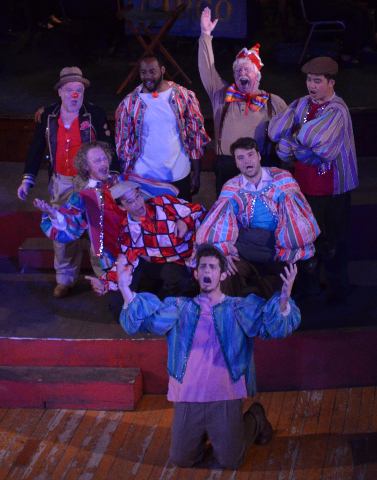 In the hills of Washington County, maybe a 45 minute stretch from my home in Williamstown, an 1878 historic opera house has been the scene of art, music and community gatherings for the past 38 years.

Aside from a peppering of a few professional presentations, the once renowned theater company has shifted gears to focus on educating the area's youth.  A troupe of burgeoning and enthusiastic green actors demonstrate that theater truly is something in which everyone can take part.  The Village Store, a staple landmark of this small community and ostensibly the for-profit wing of Hubbard Hall closes its doors at the end of this month and will re-open as a welcome center for the town and reception area for Hubbard Hall.  And now, the opera, my favorite gem in the crown of Hubbard Hall is coming to the end of an era as Artistic Director and founder, Alix Jones will be moving on this year.

In a long interview over coffee we discussed these changes and reminisced on the history of HHOT.

CB:  Alix, nine years ago you founded the Hubbard Hall Opera Theater.  Can you tell us a little bit about how it started?

AJ:  Cosi fan tutte was our very first production. It was a brilliant piece to start with because not only could we do it with a cast of six and no chorus, but since then I have come to learn that everyone loves a Mozart opera.  It basically guarantees a packed house- I mean, obviously Mozart is a genius and the music is beautiful, but I think that name recognition is what drew all these newcomers to the Hall.

CB:  I assume you made a good impression then?

AJ:  Oh yes!  And then we tried a few other productions to test where the audiences were willing to go- a Hansel and Gretel, a Carmen, both which can be done with small casts and we sang them in English.  We also began to formulate a training program for college-aged singers, which enabled us to add a small chorus to our productions.  In many ways though, we were treading water trying to figure out how to build upon our initial success.

CB:  So what changed?

AJ:  In the 4th year, the company needed a shakeup.  I hired in a fresh conductor and director with lots of ties to the NYC and Boston scene, and we cast a wider audition net by raising our fees for our mainstage artists.  We went with Don Pasquale, a classic Italian farce, in the original language, and added a conservatory performance that year: Dido and Aeneas, which still gave us our English piece for people who might be put off by the idea of a foreign language.  We also started doing off-season short outreach performances which got the marketing engine going year round.  We hit our stride that year.

CB: What has been your favorite show?

AJ:  It’s not what you would expect.  My favorite show actually was a touring piano production that we did of Mozart’s Abduction from the Seraglio.  We reduced it down to about an hour and twenty minutes, invited five young singers up for a whirlwind week and took it on the road with our props crammed into the back of a truck.  We set it in the fictional land of Costa Gravas (a la NBC’s Chuck) in modern times where a lovesick dictator had just staged a coup.  I loved the quick pace of the rehearsal process, and the singers were so fully immersed in their roles and were open to improvising through dialogue and hilarious prop malfunctions- like a really stubborn suntan lotion bottle.  Sometimes we had to ask our pianist to vamp on a piece of interlude music so that we could fit in all of the stage gags.  We made it our own and it felt so new, like how Mozart would have done something in a rehearsal.   It was a fun project; the singers loved it and the audiences ate it up.

CB: Barber of Seville was my introduction to HHOT and I was so impressed by the sheer power and energy of these singers in this tiny secret space- I haven't missed a production since.  How many shows have you done altogether over the years?

AJ: (counting them out) That will be eleven orchestra productions, including one at Proctors, and twelve piano projects including the workshops that we did for SUNY Albany.

CB:  Wow. I know you probably worked very hard to produce the operas on a shoestring budget.  What was the moment that made it all worthwhile for you?

AJ:  I am going to share a little bit of this letter that landed in my inbox after our 2012 production of Magic Flute.  This was from a first time opera goer- as many of our audiences have been.

Already in a state of anticipatory boredom, I sat down beside a woman whom I didn't know.  We chatted for a minute in a friendly, Cambridge NY fashion, and then sat primly, side by side, while I tried to look as if this were, ho hum, just another night at the opera for me.  Magic Flute, yet again.  (The effect would have been better had I thought to change out of my gardening garb.)  Suddenly, without warning, my neighbor turned to me and asked, straight out, just like that, "Have you ever been to an opera?"  Unprepared for the assault, I blurted out the shameful truth.  It turned out she had never been to an opera either.  And then, the opera started and the beauty of the music, the costumes, the acting, all enhanced immeasurably by HHOT's unique brand of intimacy, was simply transformational.  I got it.  Opera is great theatre combined with pretty catchy music…As I stood to join the standing ovation at the end, my neighbor turned to me and we spontaneously hugged each other.  Wasn't that wonderful?

And then, for that same performance, came this review from James Atlas in the NY Times:

I’ve seen Mozart’s joyous opera many times, and this was the best by far. The singers were superb; the mini-orchestra played with gusto…It was an exhilarating event. You couldn’t monetize it; you couldn’t commodify it; you couldn’t load it up on your bandwagon of goods. You could only experience it.

I have to admit that Magic Flute has never been my favorite opera, and yet in this work, people absolutely got what HHOT was all about.  And that made it all worthwhile.

CB: So, you are leaving Hubbard Hall.  What is next for you?

AJ:  I have been working with Saratoga Arts in Saratoga Springs, NY for a number of years producing their First Night New Year's Eve programming and the opportunity arose for me to take on more responsibility there, including some development aspects.  It wouldn't have been fair for me to keep doing both projects, but of course it was a hard decision.

CB: What happens now with opera?

AJ:  It is a good question, and I don’t think that anyone knows just yet.  The satisfying part for me is that I have brought the company to a successful and financially sustainable point.  It is primed for a transition, but my sense is that opera at Hubbard Hall is going to fall more in line with an evolving mission that focuses on education and new works.  Regardless, there are lots of possibilities and myriad opportunities for a new peid piper to step up.

AJ:  (laughing) Here is what you are going to do.  Come see Madama Butterfly with us this August.  Be sad, cry it out with those beautiful voices surrounding you and lifting you up.  Then stay for the next show- the conservatory’s La pizza con funghi where your tears will be turned to laughter and you will remember that good opera can come in many forms.

And, on that note, more about the summer productions below.   Don’t miss them as this may be your last chance.

Madama Butterly is one of Puccini’s best-known pieces and numerous spin-offs exist today, including the Broadway hit Miss Saigon.   Set in Japan, this tale of ill-fated love between a trusting young geisha girl and an American naval officer leads us on a journey through innocence, blind love and betrayal that ends in the ultimate sacrifice.  In this tragedy, Puccini delves into the misunderstandings that can arise from clashing cultures and offers a scathing critique of men who wield their power arrogantly.

The performance will be staged by Nathan Troup, a Boston-based director and educator who has been praised by almost every major paper in the city for his courageous and innovative rendering of both classic and new works.   Troup will be setting this production of Butterfly on a stark stage with diaphanous projections creating a dream-like turn of the century Japanese world.

Conductor, Michael Sakir, has lead orchestras across the country from Oregon to Florida and is well known as a skilled pianist and detailed chorus master.  Expect the 21 piece Hubbard Hall orchestra to sound twice as large and for Puccini’s intricate melodies to deftly blend under his baton.

The Butterfly cast is a solid ensemble featuring exciting up and coming singers with big careers ahead.  Butterfly will be played by two singers, Bei-Bei Guan and Jaime Hartzell.  Ms. Guan is a Chinese soprano who is the recent winner of the prestigious Orpheus National Vocal Competition.  Her focus, delivery and voice have been lauded by James Ostereich of the New York Times who said after hearing her:  “I was reduced to tears… and couldn’t even compose myself to thank Ms. Guan properly”.  Not bad for a debut New York concert.   Ms. Hartzell has sung across the country to critical acclaim in both mezzo and soprano roles and is very excited to debut this iconic character across from her husband Jon Jurgens who plays the handsome, yet heartless naval officer, Lieutenant B.F. Pinkerton.  Opera News describes Jurgens as “an affable, open-throated Italianate tenor with a full, easy top and real lyric bloom”, in other words, this is the kind of voice that will melt your soul when you hear it inside the fantastic acoustical chamber that is Hubbard Hall.  Korean baritone, SeungHyeon Baek, will apply his dynamic acting skills to the role of Sharpless, the United States consul in Nagasaki.  And rounding out the quartet, Monica Soto-Gil, who sang the temptress Maddelena in last season’s Rigoletto, will lend her steady and calming voice to the ever faithful servant, Suzuki.

Running in tandem with Madama Butterfly on the final weekend of performances is Barab’s La pizza con funghi.  This satiric 50 minute piece pokes good fun at opera seria with a story of four characters caught in a lovers’ quarrel.  Full of miscues and witty humor, it is sung in English with piano, and presents a perfect pill for anyone who needs to remember to take opera less seriously.  Kirk Jackson who directed both Gianni Schicchi and Rigoletto at Hubbard Hall, is going to try his hand this year at some good old fashioned American schtick that will likely have audiences of all ages rolling in the isles.  Pianist and coach, Corey Battey, musically directs the opera conservatory program this summer and will be leading this production of La Pizza con funghi as well as providing guidance for the young singers who are covering and singing supporting roles in Madama Butterfly.

Tickets may be obtained in advance by visiting www.hubbardhall.org or by calling 518-677-2495.

Saturdays include pre-show talks and farm-to-table dinners between performances.