Music from Exile by James Conlon at Ravinia

A Ravishing Case Made for Squelched Music 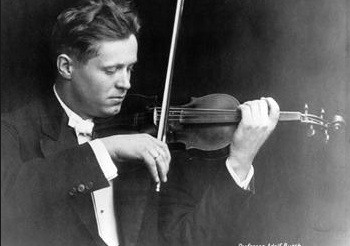 Adolph Busch, a Nazi favorite. He spurned them. 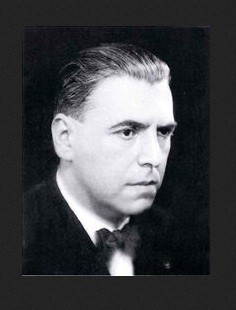 Walter Braunfels refused to write an anthem for the new Nazi party in the early 1920s. 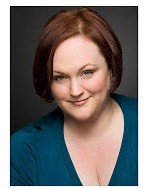 James Conlon, music director of the Ravinia Festival, laughs as he points out that the three B’s of music, Bach, Beethoven and Brahms, actually top a long list of musical Bs.  Some composers who are not prominent on the A list of Bs should be.

Conlon’s mission is to bring their work to light.   He particularly focuses on composers who the Nazi regime squelched for one reason or another.  In a program in the warmly- stencilled Martin Hall at Ravinia, Conlon conducted a Divertimento by Adolph Busch, a name not as often associated with the Marlboro Festival he founded in Vermont.  His cofounder and performing partner Rudolph Serkin is better known.   Serkin married Busch’s daughter, so we have, in addition to the festival of festivals for musicians, the pianist Peter Serkin, Busch’s grandson.

Adolph Busch was everything Adolph Hitler wanted a German to be: talented and looking to all the world like a Nordic god. Part of the reason Busch has been sidelined from his moment on the stage of history was also his personal modesty.  Many consider him one of the great violinists of all time.  (He can be heard on YouTube, to which the Maestro referred the audience)  Audiences often shy away from his preferred musical form, chamber music.

Busch was made of steel and resisted every effort the Nazis made to engage his talent and name. His voice was sidelined after he stood up to Goebbels in 1933.  Busch relocated to the United States.

Like some other B’s who were not mentioned by Conlon, Bela Bartok, not a Jew, wrote in 1930 that he thought he should leave for Tierra del Fuego because things were getting so bad in Europe.  Bad things had hardly begun.

Busch’s Divertimento provided a perfect invitation to a summer evening.  Plucking, dancing strings, and the punctuating horns were delightful.  Maestro Conlon conducts without baton, and certain hand motions invited the instrumentalists a chance to display their notes on a golden platter.  They did.   The fun, easy-going nature of this piece, with a surprise ending belied the intensity of a man who stood up to the Nazis.

One hopeful sign is the presence of this talented composer on YouTube.  Busch is represented by a Symphony in E minor. And by a delicious Capriccio for violin and piano.

British music had lain dormant on the world scene after Purcell.  A little like Andy Murray coming along and winning Wimbledon after so many dry years, the great composer Benjamin Britten burst onto the scene 200 years after Henry Purcell.

Why does Britten belong in a program on exiles?  Because his homosexuality was punishable by death after 1533 and only made lawful in Great Britain in 1967.  Britten must have understood well the anguish expressed in the beautiful dramatic cantata Phaedre, based on a text by Robert Lowell.  Prohibited love is the subject.  Phaedre has fallen in love with her husband’s son (not hers!)

Often composers are attracted by a specific voice.  Dame Janet Baker was Britten’s inspiration. She premiered the cantata at the Aldeburgh Festival in 1976, less than six months before the composer's death.  It fit Baker’s voice wonderfully well, and in selecting the up and coming mezzo Sara Murphy, Conlon does Baker's memory justice.

Murphy is skirting the perimeter of a big musical career, prepping in churches and chorale music and starting to work in Wagner and Verdi operas.  She has a glorious, full voice and fills a hall without effort, but with great beauty.  Surely a mezzo to be heard.  Around the hall, when she finished, everyone was whispering, “Where has she been?”

Britten the outsider liked to use instruments that had been sidelined.  In Phaedre, he writes for the harpsichord.  Renate Rohlfing made the instrument sing as she joined Murphy and the small group of fine musicians.

Conlon directed us to YouTube to hear Samuel Barber himself sing his setting of Matthew Arnold’s Dover Beach. (https://www.youtube.com/watch?v=SjPtPmshqIA) When he had first sung it for Ralph Vaughn Williams, Williams told him he had been been trying to set the poem as a song, but failed.  Now he would put the task aside.  Barber had undertaken the musical transcription to perfection.  Murphy took up the challenge, and gave us a dramatic, moving rendition.

The evening concluded with a quintet by Walter Braunfels, an exciting chamber piece in which the violins, the cellos and the viola passed off a melody one at a time as the other instrumentalists responded.   Harmonic richness and complex fugal material made this performance particularly satisfying.

Braunfels was half-Jewish, but did not leave Germany during the Second World War.  He hovered in a small town on the Swiss border so he could quickly cross if he had to.  In the early 1920s he had refused to write an anthem for the nascent Nazi party.

Braunfels is having a resurgence in Europe.  Conlon mounted his “The Birds” opera in Los Angeles in 2009.  The rich archive of music, which fell off the world scene when the Nazis rose, and as composers kept to themselves when homosexuality was illegal or deemed a mental disease, is rich indeed.  This evening made a srong case for its resurrection.

Note:  Conlon just received an award for his work in resurrecting music by composers whose careers were cut short during the Holocaust. He was honored this week with the 2012 Cohon Award.  The annual $30,000 award is the gift of the Rabbi Samuel S. and A. Irma Cohon Memorial Foundation in Illinois.

Conlon asked for the prize money to be donated to the OREL Foundation, which he founded to help promote the music suppressed by the Third Reich. The foundation encourages the performance of this music by professional and pre-professional musicians and serves as a major resource on the subject.  If the Raviniia evening inviting us to hear Busch and Braunfels is any indication of the music this treasure trove holds, we are in for musical surprise and treats.