Pictures at an Exhibition 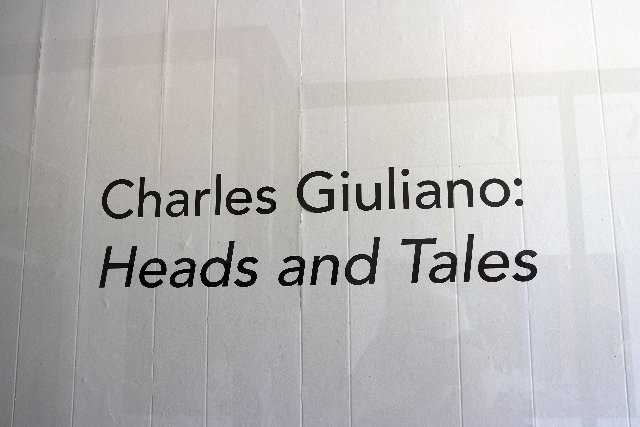 A forty year retrospective at Gallery 51. 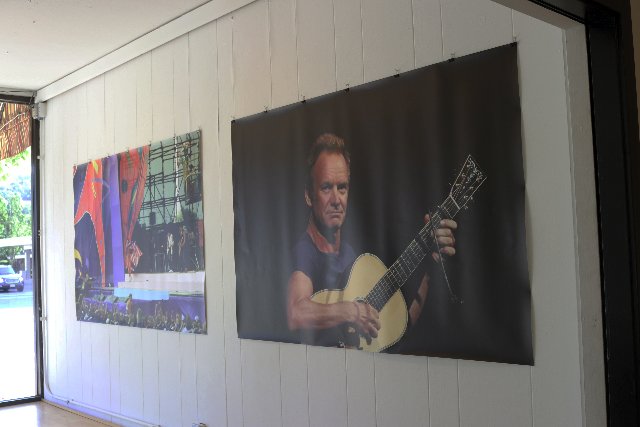 Blown up images in the window. 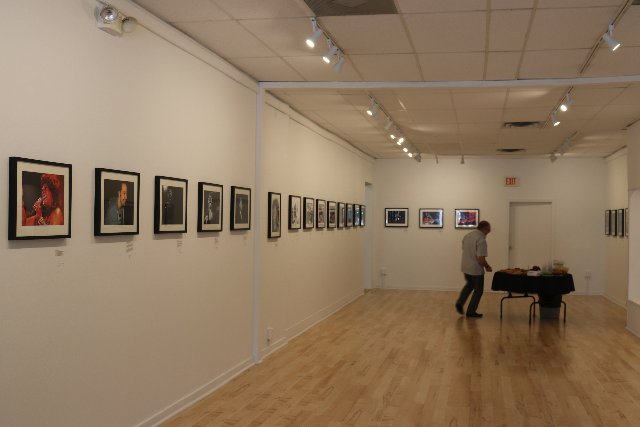 A view of the installation. 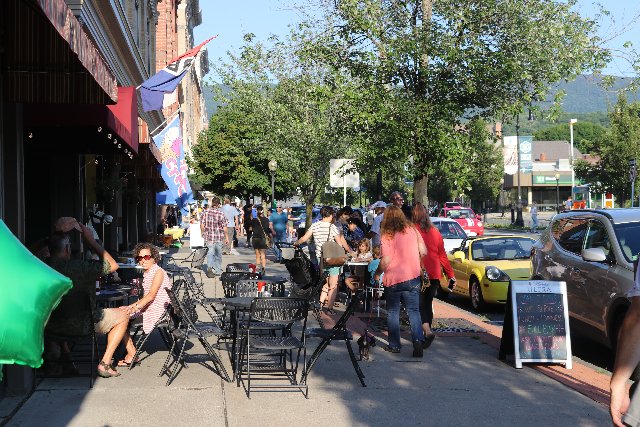 North Adams was upbeat for Downstreet. 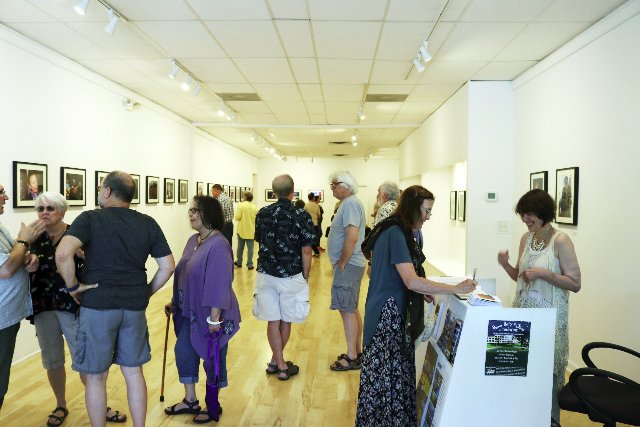 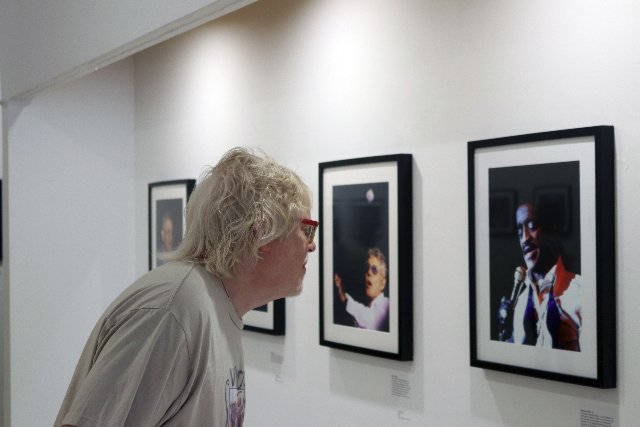 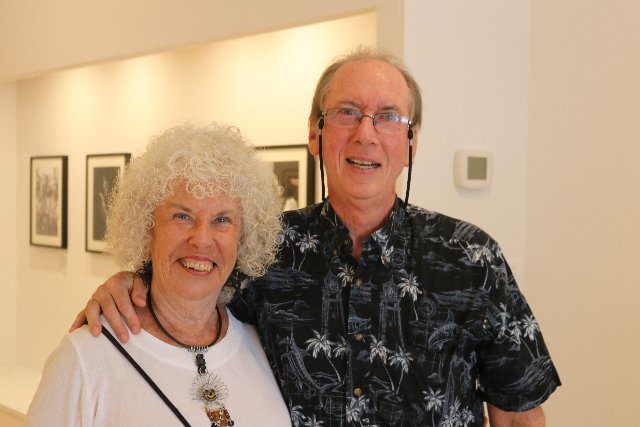 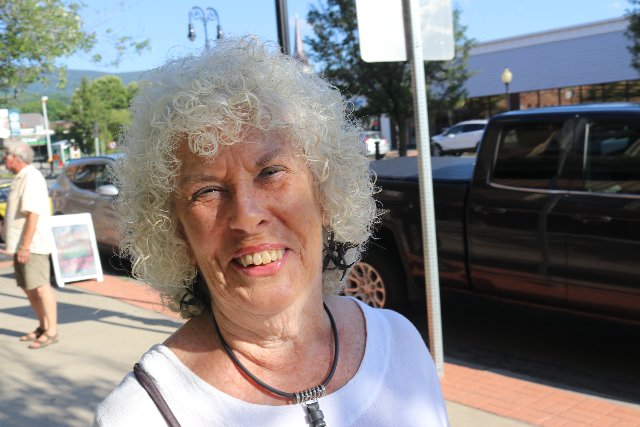 Mary Weisbordt is a craft and jewelry maker. 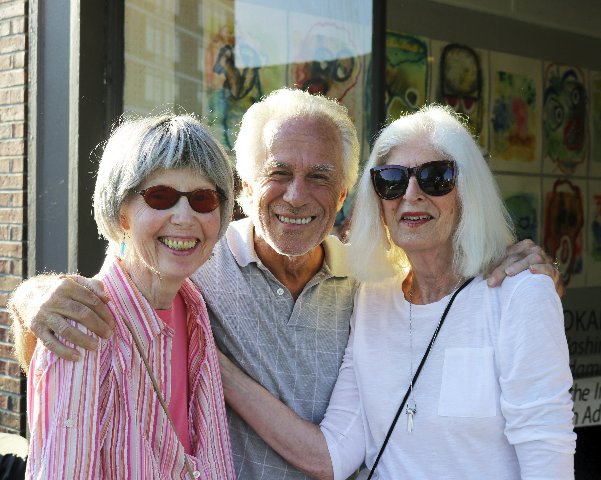 This friends were there at the beginng. Left Jan and Steve Nelson with Jane Hudson. 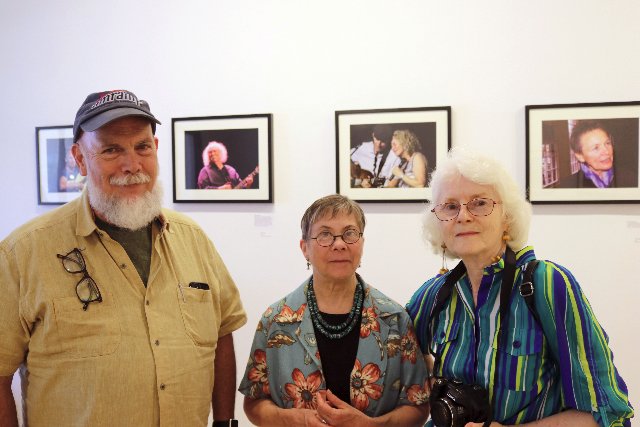 Brian and Leanne Jewett, with Astrid, drove from Vermont. 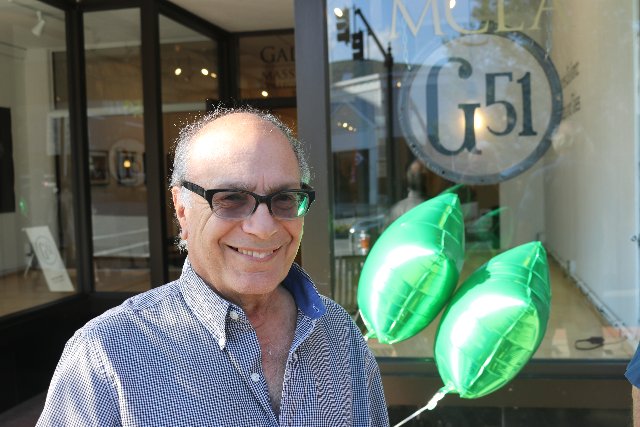 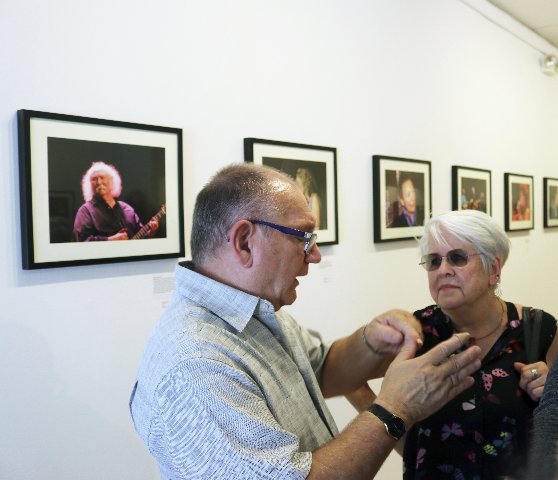 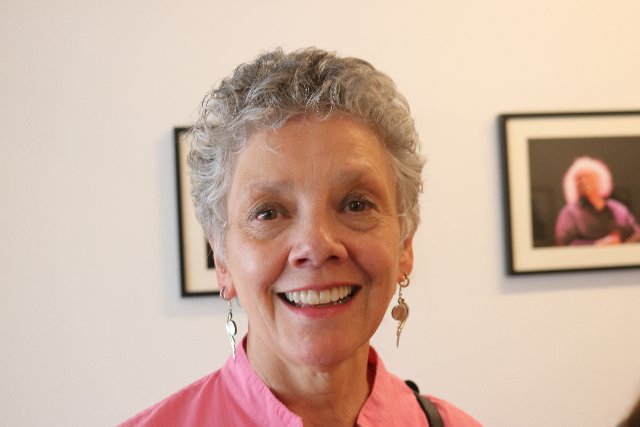 Lisa Avery from Pittsfield is an actor and dancer. 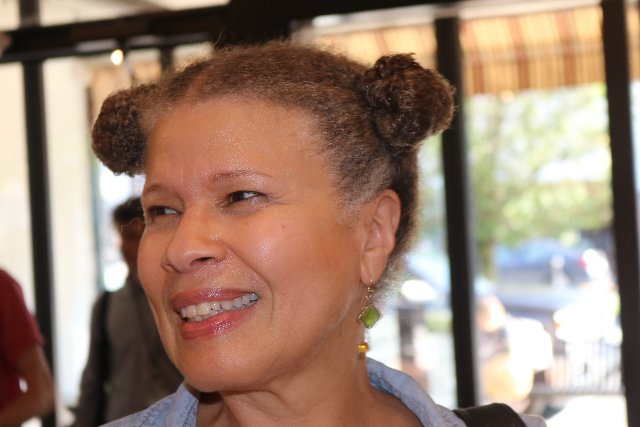 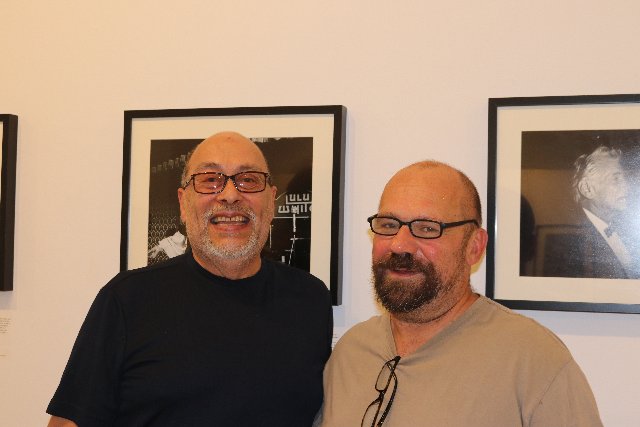 My buddies Jose and Alvin. 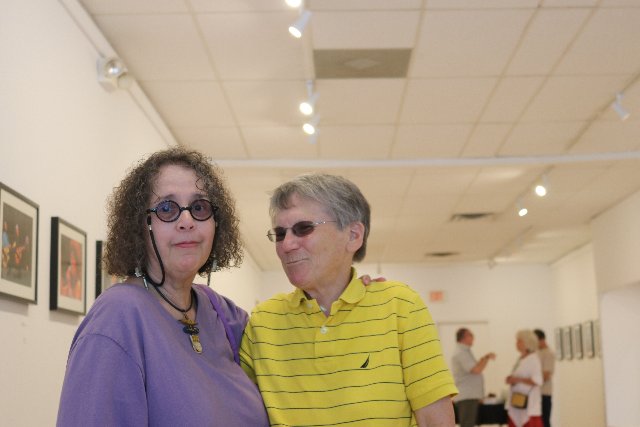 Lind and Bim enoyed the fun. 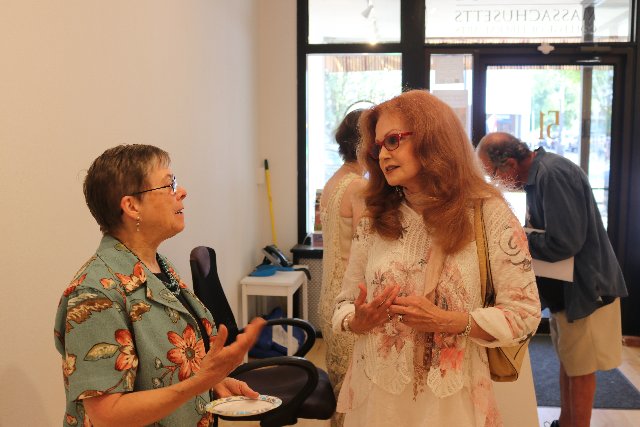 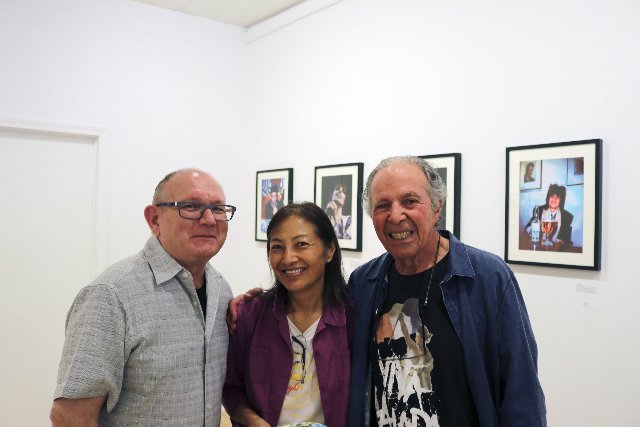 Arthur with Ling and Len Poliandro.

Earlier in the week gallery director Arthur DeBow was concerned about a weather forecast of rain and thunder. Among his many duties for MCLA is organizing the summer-long, monthly Downstreet community celebrations. Last night's was the most ambitious of the season with gallery openings, music, street paintings and other events. Fortunately it proved to be a glorious evening.

Through studio visits last winter, from numerous portfolios and hundreds of images, he selected 40, plus two blowups in the window, for a forty year retrospective Heads and Tales.

The Tales part of the title came from his idea of having me write brief capsules to accompany the images. This proved to be brilliant as many told me of how the snips brought alive the monents depicted.

I was at the gallery precisely at 5 PM the announced time.

My neighbor, and artist friend, a rock 'n' roller, Rick Harlow, came early to beat the crowd and really see the work. There were many classic rock images he connected with. Another early guest was Mary Weidbordt a craft and jewelry maker.

With so much going on Astrid was out and about taking pictures of the many shows and activities. She came later and greeted our friends.

Through the vernissage there was an ebb and flow. With so much to take in the crowd was on the move.

Not being able to stand up for hours on end I had a seat by the door. There I was able to greet guests. Some sat and chatted with comments on particular images.

Many neighbors and artists from the Eclipse Mill passed through. As this was my first Berkshire solo it was great to share work with them.

Friends came from far and wide which was much appreciated.

I am so grateful to Arthur for putting my life on the walls.