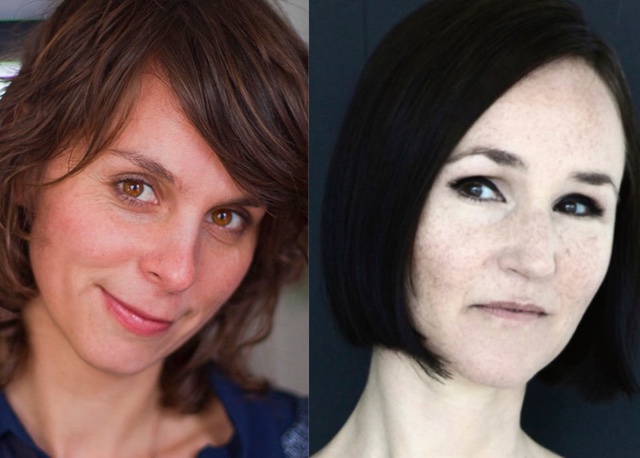 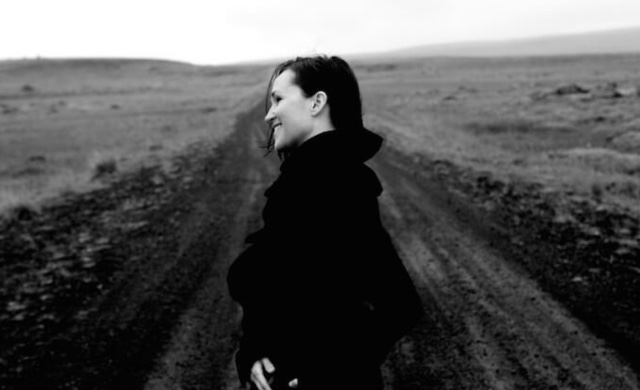 The International Contemporary Ensemble started off its 12th annual Mostly Mozart season at the David Rubenstein Atrium in Lincoln Center. The first concert was free and attracted an overflow crowd.  Bringing the audience up to date and beyond, Mostly Mozart has offered free concerts of contemporary music in an act of generosity.  People appreciate the chance to listen live to a new landscape of composers.

Sprawling before us on a video screen which can be turned interactive was a golden web of yarn or oil paint that stretched across the back of the stage in the Atrium. In darker hues, on two panels bracketing the main one, duplicate images continued. At one point in the program, the stage would add two extensions underneath these panels. The performers would send sound out from a different angle.

Anna Thorvaldsdottir’s Sequences started the concert. Thorvaldsdottir often draws pictures of landscapes in notes. Sequences came out of the depths of the bass flute, bass clarinet, baritone saxophone, and contra-bassoon.  We travel exploring the unexpected pleasure of bottom feeding.  How far down you can reach on an instrument is really a question of how deep you are willing to go.  Notes are thrown up from time to time. New textures are discovered and we come to relish an unexplored soundscape. Only a night owl sounds above the dark tones of the bases.and contra-bases.

Illumine, also by Thorvaldsdottir, seems designed for urban dwellers who yearn for the quiet of the countryside.  Strings tremble. The punctuation of the double bass underscores the earth from which beams of light will emerge with dawn and refract and dance.  Although only stringed instruments are on the stage, we hear a pulse through beating on the wooden instruments.  A mesmerizing work that peaks it head out of a steady bass with lovely, unexpected phrases.

Ashley Fure opened the New York Philharmonic’s fall season last year.  Now we hear her Something to Hunt.  Fure is interested in getting inside the sound. She deploys breathing through instruments, pushing and pulling air before sounds emerge from a mouthpiece or a reed. A disquieting feeling encompasses us, and yet it intrigues. Wood instruments are slapped and struck. Strings hum and whir.  Mutters and grumbles erupt.

Esoteric Mass by Bergrún Snæbjörnsdóttir was delightful.  Originally performed with concentric circles, this evening the projection was a half circle which became a series of nested half circles.  The start of a phrase was celebrated by the brief appearance of a tiny rectangle on the circumference. It became a small ball of a circle as the phrase progressed.  You found yourself smiling as the circling balls spun.  The chortling and chuckling, adding a myriad of smile sounds to the myriad of sounds emerging from ICE.

It was a delightful evening for which composers, instrumentalists and Mostly Mozart are deeply appreciated. The next two ICE concerts are on August 3 and 5.