The Weir by Conor McPherson 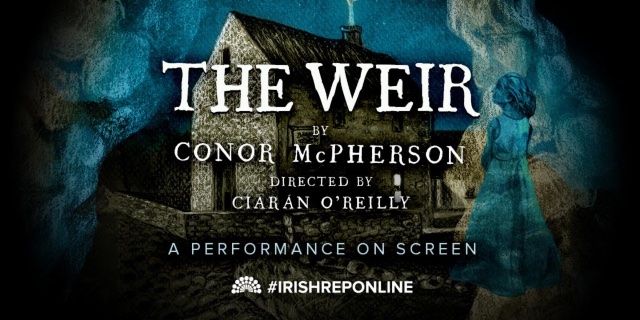 The Weir by Conor McPherson Streamed by Irish Repertory Theatre 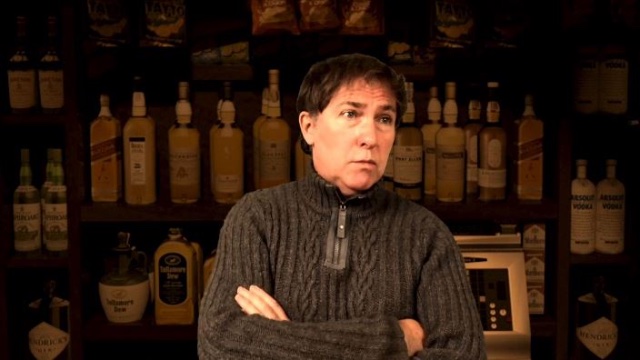 Tim Ruddy, touching and mesmerizing as Brendan in The Weir. 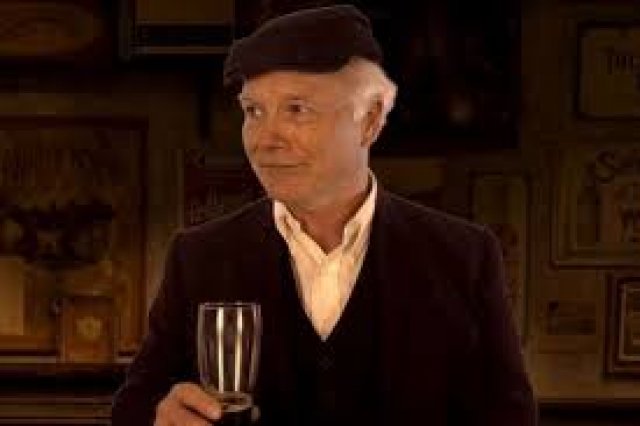 The Irish Repertory Theatre has come up with the perfect play to stream. The Weir is a quintet, Four men living in a remote Irish country town are joined by a pretty woman from Dublin.  Stories are told by four characters and the camera focuses on them during the telling.  The scene broadens to include reactions.  Sometimes Director Ciarán O’Reilly has an actor face the camera, deeply involving us in the drama.

When McPherson discusses creating the play, he talks about through-writing.  He had heard the fairy road ghost story from his grandfather. He read another tale and made up two more.  He wrote dialogue that joined the stories.  The original director had a few notes, but the work was mounted first draft. It still feels fresh. The use of language is lovely.

The Weir is the name of the bar in which Charlie Corcoran has designed a warm, old-fashioned meeting place that particularly pleases German tourists tramping through the Irish countryside.  They may provide financing, but bartender and owner Brendan is its solid heart.  Tim Ruddy as Brendan creates the steadiest character.

Outside the bar is a weir, a low dam built across a river to raise the water level, divert the water, or control its flow.

Inside the bar, life is flowing through, stopped for a moment by stories told by the locals.  On this occasion, there's a new single woman in town. Her landlord is showing her the countryside, and stops in to introduce her new neighbors, all bachelors.  The landlord is not, but he doesn't seem to be in hot pursuit of an illicit affair.  Is he actually opening up some doors for the new girl in town?

Sean Gormley as Finbar, Valerie's tour guide, discovers a delicious edge between lord of the manor, and kindly governor of local affairs.  He encourages Jack, a man with a big head who lives alone in a tin-roofed garage which draws in the heat of the sun, and shakes and rattles when it rains.  Jack, charmingly drawn by Dan Butler  knows the story of the fairy road which runs under the house in which Valerie now lives.

Valerie is an active listener as Jack, and then Finbar and finally Jim move ever closer to telling a personal story.  Jack and Finbar tangentially act in their third person recounting of another's tale.

Jim is in the middle of his own story.  John Keating playing Jim is particularly affecting as a mama's boy who has been waiting for years as his mother dies a 'fast' death.

The playwright, Conor McPherson, can extract humor from bleak and lonely situations.  The ghost stories are intense, but they are often broken up with laughter.  This includes the silly phrases used to get to the bathroom:  I am going to squirt on a pillar of the community.

Through portraits of a village priest trying to commit pederasty with an already buried young girl, of a mother who would not send her child to bed, and fairies rapping at the door and window to pass on for a swim,  the colors of a small town erupt.

Amanda Quaid weaves Valerie's clearly real life story of the death of her young daughter. As she describes a mysterious phone call from heaven, the men around the bar are moved to comfort her, and to welcome her as one of them.

Brendan the bartender will win her hand.  A solid realist, he owns the best view in town, and Valerie seems ready to share it at the end.

Of course, we miss the smell of the stage boards and the waft of Hart beer sipped on set.  Yet the Irish Repertory Theatre has given us the real feel of theatre in this production.

Next up is Love, Noel. The Songs and Letters of Noël Coward Written and Devised by Barry Day Directed by Charlotte Moore Filmed at The Players Starring Steve Ross and KT Sullivan August 11 – 15, 2020.