Links and Schedules for Upcoming Season 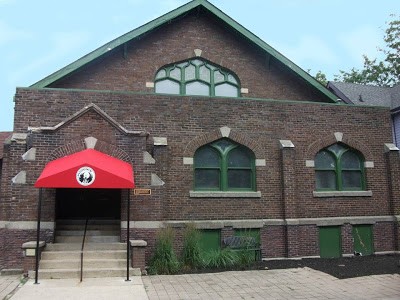 Love, Loss, and What I Wore
The Phoenix Theatre closes its 30th season with a delightful show specifically geared towards women. Love, Loss, and What I Wore offers a string of brief vignettes about momentous events in women’s lives and the clothes they associate them. Nora Ephron’s ode to her closet and the memories each item holds is sweet and endlessly relatable. Like the films that made her famous (When Harry Met Sally and You’ve Got Mail) the play is both funny and touching. The dialogue quickly jumps from one person to the next in the five-person cast.


The production could have been cliché, embracing generalizations about women and their love of shopping and clothes. Instead it focuses on the feelings that a piece of clothing can ignite in a person: nostalgia, regret, longing, excitement, etc. Any woman can identify, not because we all love clothes, but because we all have stories of love and loss that make us who we are. Men can obviously also identify with those feelings, but they might not remember each detailed outfit quite as well.

The conversational tone of the show is highlighted by the casual staging. The actors sit in a row on the intimate stage and share stories with the audience. There are tales of prom dresses, jewelry, bra shopping, wedding gowns, and favorite T-shirts; each one making the audience laugh or tugging at heart strings in turn.


The wonderful cast is made up of five very different women: Cindy Phillips, Lori Raffel, Sara Reimen, Gayle Steigerwald, and Milicent Wright. They represent a wide range of women as they embrace each of their roles; telling the characters’ personal anecdotes about their lives or commiserating about frustrating shopping experiences. One monologue about a bathrobe, given by Raffel, is particularly moving. The robe was worn by her mother and it takes on a deeper significance after its owner passes away. It’s not the clothing itself that is so meaningful, it’s the memories the piece may bring to the surface that makes it significant.
Grab the women in your life and head to the Phoenix. Just go see it, you won’t regret it
For more information about the Phoenix Theatre, visit www.phoenixtheatre.org. The theater is located at 749 N. Park Ave., Indianapolis, just off Massachusetts Ave.
Performances: The show runs until August 11 and offers four performances a week. Thursdays begin at 7 p.m., Friday and Saturdays begin at 8 p.m. and Sunday matinees at 2 p.m.
Tickets: To purchase tickets, call (317) 635-PLAY (7529). Prices range from $18 to $28. The play has no intermission.
Phoenix Theatre Announces 2013/14 Season
Vanya and Sonia and Masha and Spike By Christopher DurangSeptember 19 – October 20, 20132012 Tony Award-winner for Best Play

It’s a lovely day at Vanya and Sonia’s farmhouse in Bucks County, PA. But instead of spending the morning strolling through their cherry orchard, these wacky siblings have their hands full with a soothsayer/cleaning woman, a neighborhood costume party, and a surprise visit from their movie star sister, Masha, and her studly new boy-toy, Spike. This explosively funny, laugh-out-loud Broadway smash-hit marks the eighth Christopher Durang production at the Phoenix Theatre – with the playwright at his affectionate, unpredictable best.

From the playwright of Yankee Tavern and Becky’s New Car comes this National New Play Network Rolling World Premiere. On this comedic journey into the psyche of 2013 America—where affluence is perhaps our greatest mirage—six longtime friends gather at an ill-fated dinner party, where the evening unspools with alarming secrets and shocking bombshells. Dietz’s dark comedy asks:  What connects us when our youth, our dreams and our last bottle of wine are gone?

We’re back with another round of all-new sketches, songs and dances!  Share your holiday with us-we’ve got everything on your list: traditional holiday music, wacky comedy skits, and some very talented people to help you celebrate this most joyful – and stressful – time of year. We turn the holidays on their head with local and national playwrights putting a new spin on all things traditional. An Indy favorite!
Tribes
By Nina Raine
January 9 – February 9, 2014
Indiana Premiere

Billy, a young deaf man, lives silently among his loud, intellectually elite and fiercely opinionated family who talk a lot, but don’t listen so well. It’s not until he meets Sylvia, a young woman on the brink of deafness, that he finally understands what it means to be heard. Touching and beautiful with just the right amount of heart, this London and New York hit is a surprisingly refreshing look at how we align ourselves within this world, whether we realize it or not.

In a time when the gulf between the “haves” and “have-nots” continues to grow comes this gritty blue-collar comedy set in a decaying garage where three childhood friends and a cantankerous old man struggle to make sense of their dead-end lives. Living on pipe dreams, they seek the opportunities lying dormant just across the boulevard. When a chance event gives them the opportunity to escape their crumbling neighborhood, morality may have to take a backseat to prosperity.

Only in high school would two completely unconnected people—cranky, chronically ill Caroline and level-headed basketball star Anthony—be paired to collaborate on a project to deconstruct a poem about the interconnectivity of everything. The two teens cram to finish their presentation on Walt Whitman’s Leaves of Grass, unaware that a much deeper mystery has brought them together. I and You is a valentine to youth, love, and the strange beauty of human connectedness.

Following their father’s death, twenty-something estranged siblings, Molly and Jesse, try to find a way to reconnect within the ruins of their childhood. But memories have a funny way of changing over time, and with two very different recollections of their life-altering choices on a night eight years prior, blame, doubt, and rock-n-roll become weapons. This high-octane musical explores the complexities of family, forgiveness, memory and perception, weaving together the memories and unique perspectives of siblings with comedy, wit, and rock.

Based on the best-selling Chicano novel of all time, this magical coming-of-age adventure follows Antonio and his family in 1940s New Mexico. In a time when the world is changing beyond comprehension, Antonio’s elderly relative, Ultima, imparts ancient wisdom and traditions to Antonio, hoping that he can learn his people’s way of living and carry it forward. This enchanted production incorporates elements of music and dance, bringing the novel to life in a way only possible in the theatre. Some performances will be in Spanish.

In this provocatively titled, tense comedy about sexual identity, Cock explores one man’s choices about which path of love to pursue. Taking a break from his longtime boyfriend, the last thing John expects is to fall in love with a woman. This sparks unexpected sexual excitement, and suddenly his whole existence is in turmoil. Playwright, Mike Bartlett, detonates the love triangle with his wry investigation of attraction, ambivalence, and commitment.

Miles and Ellie are two unlikely teenagers in love when a youthful misunderstanding breaks them apart. Fast forward twenty years when road-weary divorcée Ellie comes home for what she expects to be a typical dysfunctional-family Thanksgiving. Not long into the shenanigans, however, Ellie learns that Miles is still in town and carrying a torch for her. Is it possible to get a second chance at your first love? This charming romantic comedy will make you wonder, “What if?”
Photo Courtesy of the Phoenix Theatre
Smoke on the Mountain
The Singing Sanders Family, a group of talented musicians, visits a tiny church in 1938. The result is a fun night of bluegrass gospel music with a huge dose of humor. The show premiered at Beef & Boards Dinner Theatre in 2007 and quickly became a huge crowd favorite. The theatre hosted two sequels to the show in the following years and now has brought back the original.


The plucky family is made up of half a dozen unique individuals. The talented group plays 28 different instruments throughout the show; everything from a tambourine to an upright bass make their way into the songs. The patriarch Burl and Vera, his scripture-spouting wife have three children. There are the twins, Denise and Dennis, both quick to explain who the boy is and who the girl is. Then there’s the delightful June, the only family member without a gift for song.  Burl’s brother Stanley is the final piece in the puzzle.
Much of the original cast returns to reprise their roles. Beef & Board’s favorites John Vessels and Sarah Hund are back as Pastor Mervin Oglethorpe and June Sanders respectively. Both actors provide some of the show’s best comic relief. This production introduces a new Stanley, one who brings a distinctive version of the character to the stage. Brian Gunter plays the world-weary Stanley with an earnestness that’s touching. He comes across like a weathered country singer, beaten down by life, but trying to get back on the right track.

Mount Pleasant Baptist Church is set in its straight-laced ways and the rollicking music pushes its patrons to the edge. Some of the show’s fun songs and medleys, like Life’s Railway to Heaven and Smoke on the Mountain are infectious; the audience can’t help but clap along. If you loved it the first time around or if you kicked yourself for missing it, here’s your chance to return to simpler times. Pull up a pew and enjoy the music of the Sanders Family.

Reposted from Stage Write with permission of Melissa Hall.
Back to Theatre Section Home