Girlfriend at the Kirk Douglas Theatre 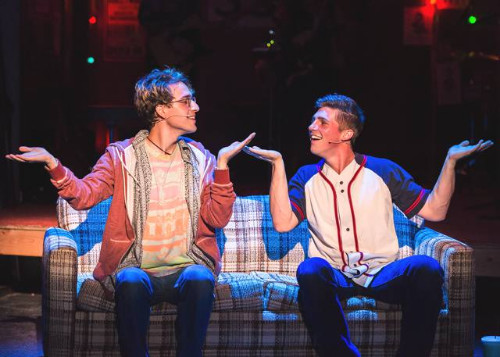 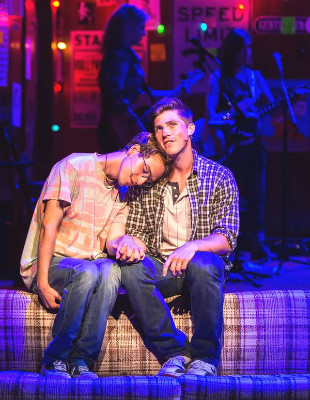 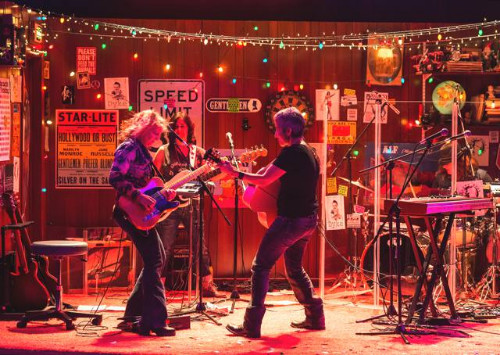 Gay teenage angst may not be a mainstream issue for a lot of people but times are a changin’ in America. Growing up in America, or anywhere else for that matter, was never a picnic, however, growing up gay was definitely a private matter that led to a lot of alienation and confusion producing: hurtful, harmful, and ambiguous situations for many sons, daughters, parents, and friends.

Todd Almond’s new rock musical “Girlfriend” with music and lyrics by Matthew Sweet is a vanguard production that addresses the issues of understanding, acceptance, as well as the hopes and dreams of two gay teenage boys who discover one another in rural Nebraska in the summer of 1993.

Tenderly and sensitively directed by Les Waters, artistic director of Actors Theatre of Louisville (ATL) KY, “Girlfriend” is a perfect fit for Waters, who directed “Marjorie Prime” at the Taper last October which I reviewed, and who is also scheduled to direct “The Christians” at the Taper in January of 2016. I attended the Louisville Humana Festival in 2014 and reviewed the play “The Christians”, directed by Waters who blew me away with its brilliant inventiveness. Audiences at the Taper are in for a real treat come January of 2016.

“Girlfriend”, is a compelling two-hander that stars Ryder Bach as Will, and Curt Hansen as Mike. Will, acts as his and our Greek chorus. He sets the stage as to his own sexuality, pondering how he will ever survive another hot, dusty, Midwest summer of being miserable without any “real” friends to share the vexing issues of growing up in a predetermined, socially rigid, America.

Mike outwardly is a jock. A star baseball player a popular man on campus and well liked with a girlfriend. But he too isn’t fully integrated and ready for full entry into the fabric of American life.

Their first short and sweet encounters as classmates at school are guarded and cautious. No one wants to make a false assumption about the other. Eventually, there is a crack in ice and two begin a journey of discovery. As in life choices must be made with decisions that are painful.

The performances of Bach and Hansen are riveting and mesmerizing to watch. Two young men at the height of their powers who have the talent to attack any situation the characters find themselves in and draw their audience right along with them. The youthful audience was noisy at first, but immediately quieted when the highly charged on stage moments arrived. One could hear a pin drop from an audience of over 300 rapt patrons as the two young actors exchanged their first kiss.

The narrative and action of the story is punctuated by a red hot, four-piece rock band lead by Musical Director Julie Wolf, featuring guitarists Vivi Rama and Janet Robin, and the Buddy Rich performance style of drummer Jyn Yates who really rocks the auditorium.

Waters’ low key, unseen directorial hand overall is right on. However, if I had to be picky about the production it would come in the area of the glacial pacing and pauses between Will and Mike in the scenes where each makes a decision to close the gap and space that guardedly separates them from full commitment to each other. The production which is performed without an intermission, could easily lose a full ten minutes from its current running time of 90 minutes.

Director Waters leads a creative team of scenic and costume design by David Zinn, a snappy lighting design by Ben Stanton and an appropriate sound design by Jake Rodriguez.

“Girlfriend” performs at the Kirk Douglas Theatre and runs through August 9, 2015.