Working: A Musical in Stockbridge 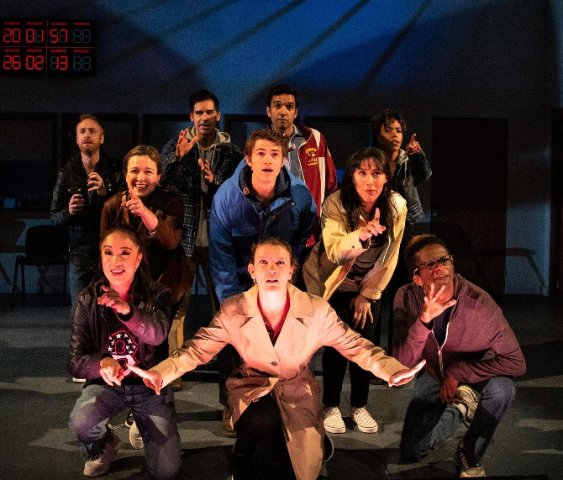 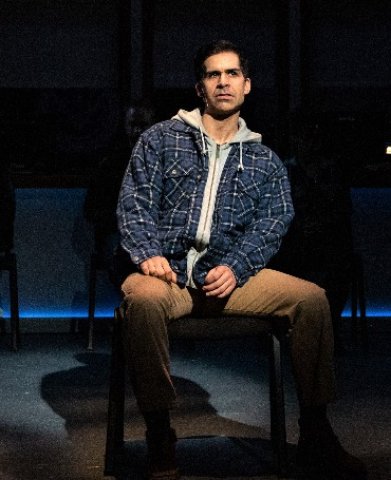 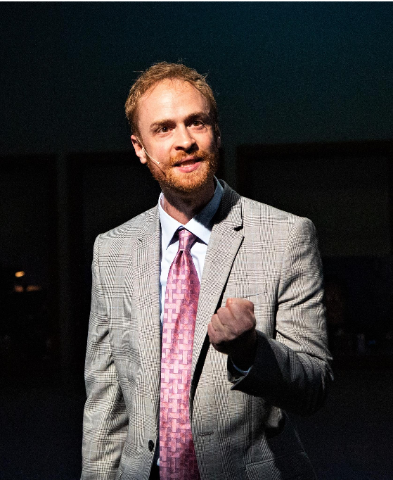 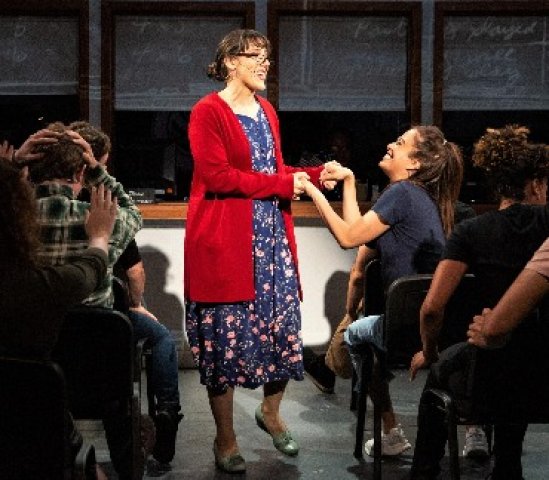 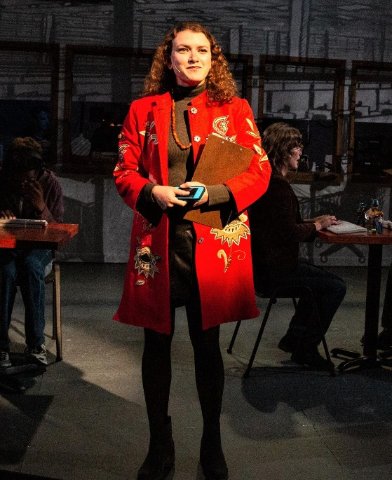 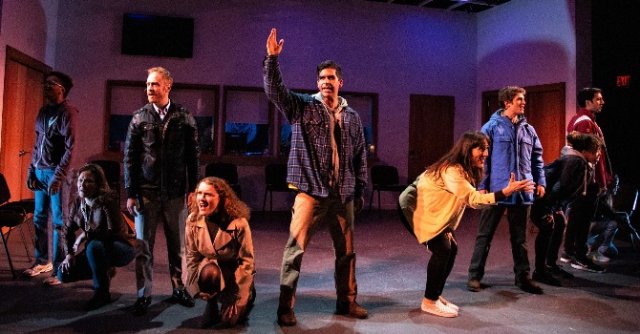 For a deliciously entertaining evening of theater it is hard to top Working: A Musical at Berkshire Theatre Group. Last night the intimate Unicorn Theatre in Stockbridge was filled to capacity by a thoroughly delighted audience.

An upbeat, energetic, youthful ensemble of ten combine to knock the socks off songs by seven composers. Each number features a different category of worker including an individual evocatively representing the world’s oldest profession. In the current PC argot they are referred to as sex workers. As such they slide right in there with truck drivers, cleaners, teachers, waiters, masons, welders and firemen to name just a few who are profiled.

More than a mindless straw hat revue there is a social and political message to an evening of terrific summer entertainment in the bucolic Berkshires. There is a lot of social justice theatre nowadays. With its flavors of socialism this much reworked musical was initially a flop on Broadway, in 1978. That predates the current agit-prop theater which clobbers and scolds us sending us home thoroughly depressed. Nowadays we attend theater to learn a good lesson.

This wonderful production leaves us with much to think about but sweet dreams rather than the usual nightmares.

"Workers of the world, unite! You have nothing to lose but  your chains,"  was the riveting first line of The Communist Manifesto (1848) by Karl Marx and Friedrich Engels. It was the agit-prop pamphlet breaking down the Marxist theories of Das Kapital (1867).

Political theory promoted the Bolshevik led Russian Revolution of 1917.  That morphed to the global movement of communism. Preserving the mainframe of democracy by instituting ecomonic and political reforms defines socialism.

Getting a better deal for workers has long been regarded as a palpable threat to the American way of life. Under the Alien and Sedition Act of WWI Woodrow Wilson incarcerated leaders of the International Workers of the World (IWW or Wobblies.) Under McCarthyism in the 1950s the Hollywood Ten served hard time as did other members of the Communist Party of America. Senator Joseph McCarthy, leader of HUAC (House Committee on Unamerican Activities), famously asked those subpoenaed “Are you now or have you ever been a member of the Communist Party?”

Advocates for reform like Presidential candidates Bernie Sanders and Elizabeth Warren, as well as “The Squad,” have been branded by conservative media as radical socialists. During the recent Mueller testimony Republican representative Jim Jordon of Ohio consistently referred to the other side of the aisle as “Democrat Socialists.”That vividly revises the 1950s refrain of "red baiting."

Any way you slice and dice it our workers are what Make America Great, not just Again, but now and forever. The terrific musical at Berkhire Theatre Group is a much needed tribute.

His greatest gift was vividly to convey the heart and soul of the average American. Their stories were compiled in the 1974 chronicle, “Working: People Talk About What They Do All Day and How They Feel About What They Do.” That inspired “Working: A Musical” which closed after 24 Broadway performances.

The musical has songs by Craig Carnelia, James Taylor, Stephen Schwartz, Mary Rodgers and Susan Birkenhead, Micki Grant and Lin-Manuel Miranda, who wrote two songs for a 2009 revision. BTG has staged the 2011 version.

And, be still dear heart, what a pure delight it is.

This is greatly enhanced by the simple and functional set designed by Nicholas Hussong. Our initial impression is a generic office and waiting room. On the back wall windows allow us to see workers. In fact that’s where the uncredited musicians, led by Casey Reed, perform. The back wall of the office is where vignettes of still images and videos are projected. They range from cameo news clips and videos to exciting animations that comprise the entire back wall. The well selected graphics greatly enhance and contextualize the categories of workers.

Most of us never give a passing thought to those who raise, harvest, prepare and serve the food we eat. Walking past tall office buildings we never think about those who designed, engineered and constructed them. What about those who taught our kids, put out fires, cared for us in hospitals, cleaned homes and offices, and kept us safe? Consider that vital unskilled labor is provided by the reviled, incarcerated and undocumented.

The true mantra of Trumpism is Make America White Again.

That resonates when we listen and are viscerally moved by the few people of color in this cast. This was stunningly conveyed by Maggie Holmes who like her mother and grandmother is a cleaning lady. With a powerful voice she mops the office floor but proclaims the bright hope of her daughter as a new generation.

For pure chops nobody in the generally excellent cast came close to the remarkable pipes of Farah Alvin. She blew me away as a teacher with the life lesson of the Mary Rodgers and Susan Birkenhead's song "Nobody Tells Me How." She also nailed it making a case for the unheralded average house wife.

A smashing highlight of the evening was Delores Dante as a waitress in Schwartz’s “It’s an Art.” She romped and raged all over the stage. The other night Chrissie Hynde informed us that she became a rocker when fed up with being a waitress. That well describes generations of young artists, actors and writers. I paid my dues as a cab driver during grad school.

There is enticing edge when Katie Birenboim provocatively informs us that in just fifteen minutes of  work a high school student can earn $500. It’s easy money and better than minimum wage in an office.

Terkel flaunts his “workers of the world” roots as we see corporations lay off employees after years of loyal service. One worker angrily calls out the boss and soon finds himself unemployed.

In case you wondered about the James Taylor part of this musical meet trucker Frank Decker, played by Tim Jones, performing “Brother Trucker." Always on the go he describes rarely getting home. In his own bed Tim is too exhausted to take his wife out on Saturday night. It’s a life spent from here to there and back again.

The average down on his luck working stiff is Miles Wilkie as the vulnerable and afflicted Joe Zutty in Craig Carnelia's "Joe." He neatly makes us feel for the character. Joe signifies  millions under the precarious umbrella of social security and medicare. These are the “entitlelment” programs vilified by an administration intent on spending billions for a border wall to keep out potential immigrants and workers.

While individual professions are profiled by a string of songs there is a range from solos to ensemble pieces. It is in the latter instances that we appreciated the choreography of Ashley DeLane Burger. The pace was kept fast and zingy by the director James Barry.

Hamilton composer Lin-Manuel Miranda wrote “Very Good Day” for this musical. It is performed by Deven Kolluri as Utkarsh Trujillo. He also portrays the phone tech support provider Raj Chadha. Talking with a stressed client he expresses wanting to go off script but is restrained from non corporate responses.

While never explicitly spelled out Orwellian Big Brother and corporate/ capitalist greed evoke the elephant in the room.

Taking pride in their work the cast belts out the finale “Something to Point To.” Looking about The Loop of Terkel’s Chicago there are the famous tall office buildings. Rebuilding after the Great Chicago Fire of 1871, financed by Boston bankers, they were the first Skyscrapers. Taking pride the cast reminds us that these monuments of 20th Century architecture were created by workers.

If Democrat/Socialist means supporting the American worker then count me in. Those who rant and rage against that sure sound like Fascists. Now and forever a house divided against itself cannot stand.