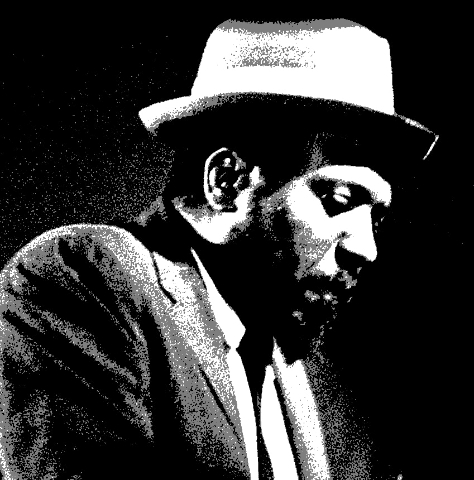 Berkshires Jazz, Inc. continues its summer of centennial tributes on Aug. 12 with the Ted Rosenthal Quintet, in a 100th birthday salute to Thelonious Monk. TD Bank is sponsoring the concert, which takes place at the Lee Meeting House (Congregational Church), starting at 7:30pm.

Equally renowned as a pianist and composer, Thelonious Monk was known for his unique improvisational style, making numerous contributions to the standard jazz repertoire. Even now, 35 years after his passing, he still has a strong and loyal worldwide following. Ted Rosenthal is one of the leading jazz pianists of his generation, actively touring worldwide as a soloist and in various configurations. He has performed with many jazz greats, including Gerry Mulligan, Art Farmer, Phil Woods, Bob Brookmeyer, and James Moody.

Winner of the 1988 Thelonious Monk International Jazz Piano Competition, Rosenthal has 15 CDs to his name, including “Images of Monk”, which provides the musical foundation for the concert. In his debut performance for Berkshires Jazz, Rosenthal appears with his quintet, comprising Mike Rodriguez (trumpet), Joel Frahm (saxophone), Martin Wind (bass), and Jimmy Macbride (drums).

Monk’s most memorable compositions are an essential part of the “Great American Jazz Book,” and include "'Round Midnight", "Blue Monk", "Straight, No Chaser", "Ruby, My Dear", "In Walked Bud", and "Well, You Needn't". Monk is believed to be the second most-recorded jazz composer after Duke Ellington, which is particularly remarkable as Ellington composed more than 1,000 pieces, whereas Monk wrote about 70

The concert is the third of four centennial birthdays that Berkshires Jazz is celebrating in 2017: Ella Fitzgerald (part of the Berkshire Gateway Jazz Weekend in June); Buddy Rich (July 22); Thelonious Monk (Aug. 12); and Dizzy Gillespie (part of the mid-October Pittsfield CityJazz Festival). Additional support is being provided by North Coast Brewing Co., a supporter of jazz events nationwide.

The concert takes place at the Lee Meeting House (Lee Congregational Church), 25 Park Place in the Berkshire Gateway town of Lee, Mass., a stunning, historic venue, both acoustically and visually. Tickets are $25 in advance, $30 on the day of the event, and are available at www.BerkshiresJazz.org.