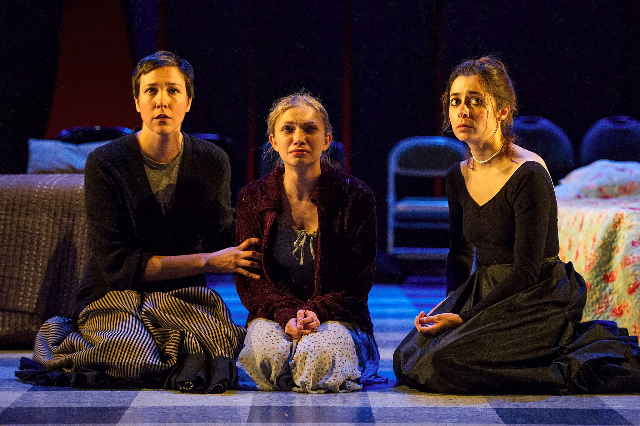 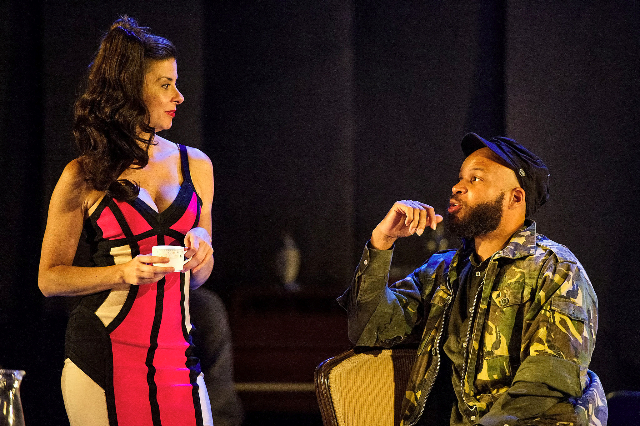 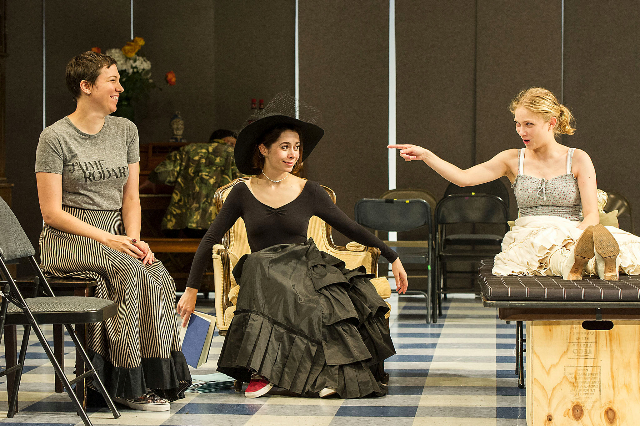 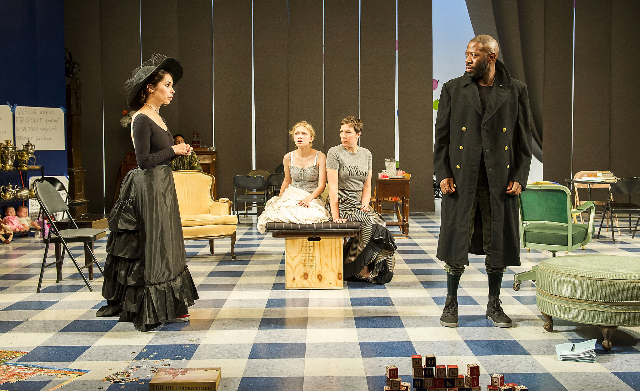 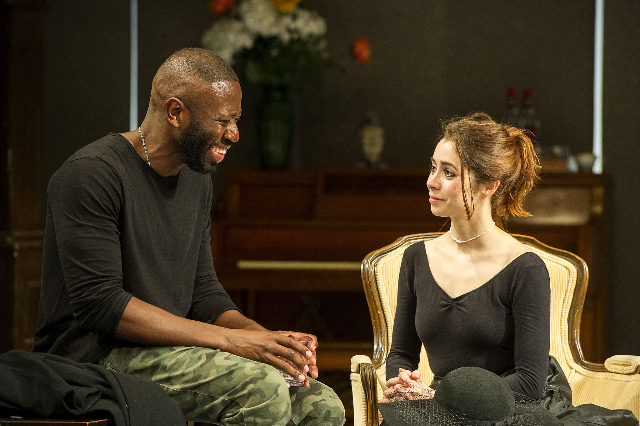 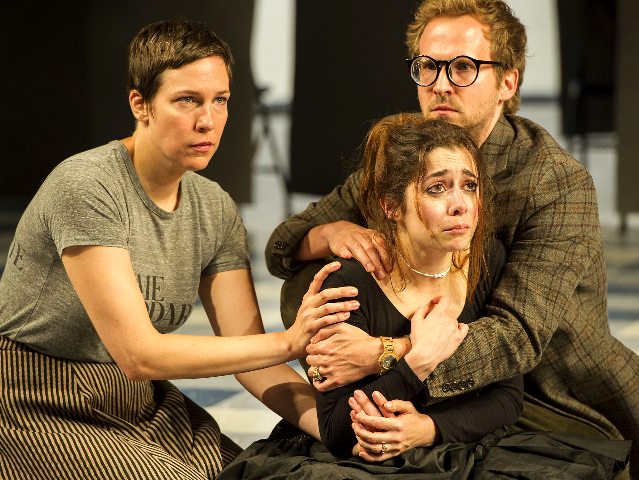 Over 62 years of Williamstown Thratre Festival there have been 18 productions of the four best known plays by Anton Chekov (1860-1904); The Cherry Orchard, Uncle Vanya, The Seagull and Three Sisters.

There have been five prior WTF versions of Three Sisters and this season we have yet another.

When done well the play is galvanic, absorbing, tense and loaded with compelling humor and irony. Less than stellar productions are like watching paint dry.

The iconic drama/ comedy has been given a radical deconstruction by the 32-year-old playwright Halley Feiffer.  Under artistic director, Mandy Greenfield, it is the first play commissioned by the Williamstown Theatre Festival.

Nothing is sacred and it is pro forma to take a fresh look at the classics. Why not try something completely different rather than yet another traditional take on Chekhov?

We are always told that he intended the naturalistic plays to be regarded as comedies despite the tragic consequences for individual characters or the chopping down of that bucolic cherry orchard to make way for real estate development. Good grief, how contemporary.

Given the zeitgeist, during the last days under the Czar, the plays are rife with social conflict, abuse of peasants and servants as well as  reversals. In this play consider the changing fortune of the trashy whore, Natasha (Jeanne Serralles). She seduces/ weds the lusty but brain dead Andrey (Thomas Sadoski) and thereby becomes his manipulator and mistress of the house.

It may be a ramshackle house in the country far from Moscow, Moscow, Moscow, Moscow, Moscow, Moscow but it is a step up for a small town tramp who gets ahead flat on her back. There is an over the top sex scene as they copulate with flashes of flesh and flying panties. To muffle the noise of their living room romp at one point the red skivvies are jammed in his mouth as they grunt and groan.

During a family dinner the provocative Tuzenbach (Micah Stock), a witty but slovenly fellow, has rhetorically asked who at the table was having sex? The three sisters weren't (except perhaps the unhappily married Masha) but with a howl everyone roars the name of that slut Natasha. In tears she dashes from the  room and into the arms of Andrey who potently drives home the point. Indeed, tis a pity she's a whore but boys will be boys.

Come the revolution these down on their heels, decadent, wasted aristocrats will be up against the Bolshevik wall. Chekhov was long dead before the ten days in October, 1917 that shook the world. But its inevitability is palpable in his plays.

This seems to be entirely lost on Feiffer whose screaming and screeching, profanity laced mashup entirely lacks even a shred of irony, insight or humor. Her absurdist play is an exercise in bad theatre augmented by the misdirection of Trip Cullman and some seemingly fine actors having a blast doing what they are told.

"This play was born out of pure joy" Feiffer is quoted in the program. "I just giggled deleriously for hours while I was writing it...Rebecca Henderson and  Crstin Miloti are dear friends of mine. They are savagely brilliant women who are both hysterically funny and deeply in touch with darkness. The play actually started out as a vehicle for them. I love Three Sisters  but I don't think I've seen any production that captured the absurdist humor of those characters and the profound depths of their self-made tragedies..."

The scenic design of  the gifted Mark Wendland is as trashy and chaotic as the script it faithfully illustrates. Off to the side is a clutter of old samovars and tea services. The design teeters between disheveled naturalism and thick as a brick metaphors.

In Chekhov the serving of tea and family meals are essential signifiers  of social order.

When Baron Tuzenbach the closeted best friend of the sisters rises early to fight a duel, he tells his betrothed Irina (Tavi Gevinson), that he has missed his morning tea. It's a bad omen ah yes, in Russia, they take tea and see.

However you cut it that’s just bad writing.

Then Cullman has them, literally, Tripping about madly.

Last year he deconstructed The Rose Tattoo by Tennessee Williams and now he is taking a chain saw to Chekhov.  The Rose Tatto, however, sold a lot of tickets based on the star power of the utterly miscast Marisa Tomei.

Given an impossible script and over the top direction, the performances of Cristin Miloti (Masha) and the aforementioned Gevinson and Henderson, deftly executed what was expected of them. The compelling and understated, straight up performance of the superb Sheaun McKinney, as the soldier, Vershinin, was all but lost in this production. He is stuck in a bad marriage and is a love interest for the similarly afflicted Masha.

After the fercockt first act there was a night and day difference in the second. Having vented all the mishegoss there is a shift to melancholy as the fate and tragedy of the characters unfolds. By then, however, we are not ready to backtrack to a serious and less than pizzazzy finale.

By the final curtain, Irina has lost her fiancé and best friend, Masha is stuck with her boring Latin teaching husband, and Olga is one step closer to being an old maid.