From Indigenous to Mainstream 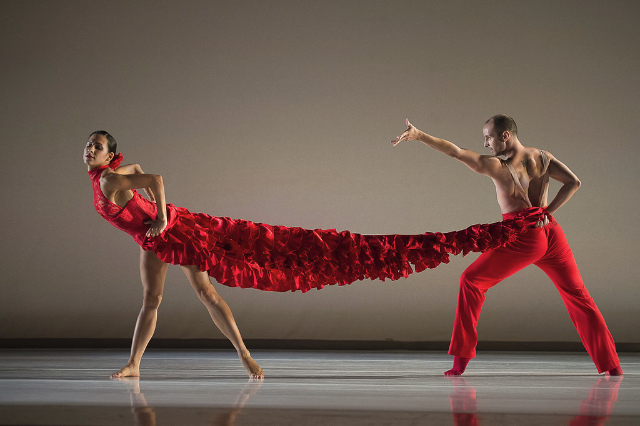 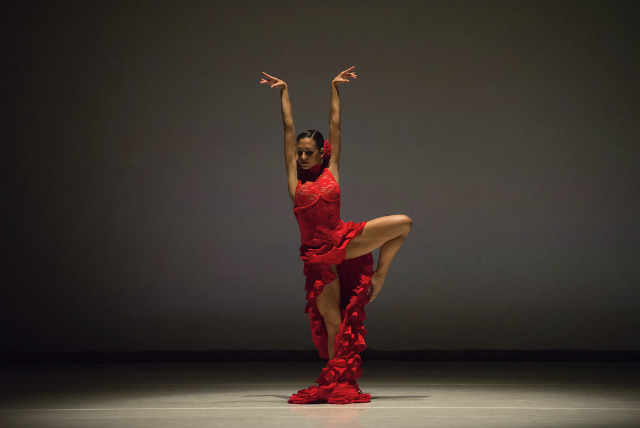 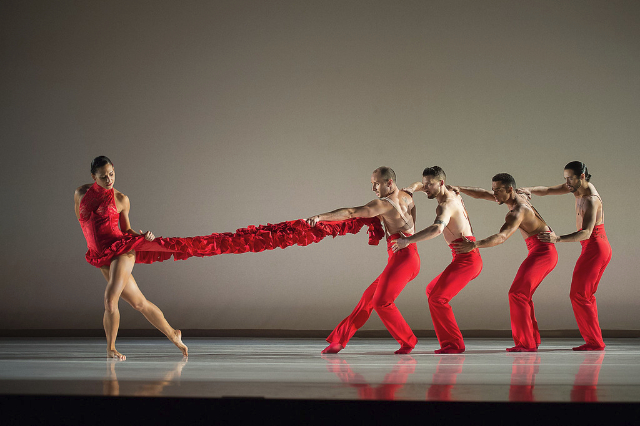 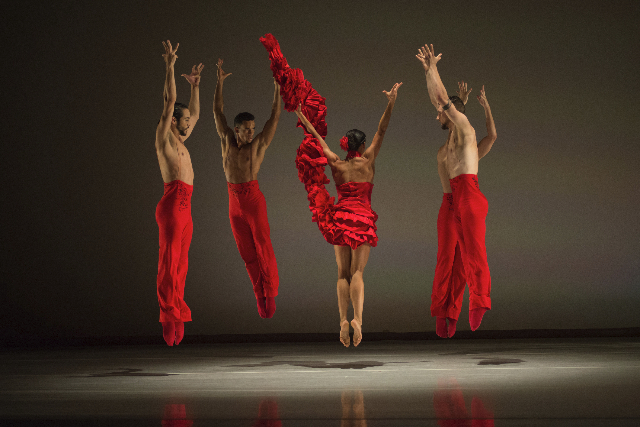 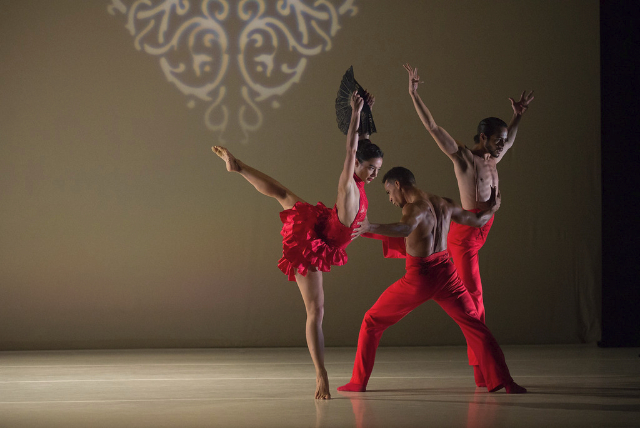 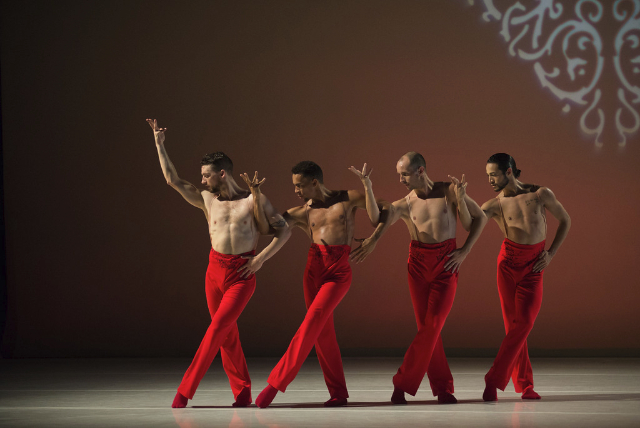 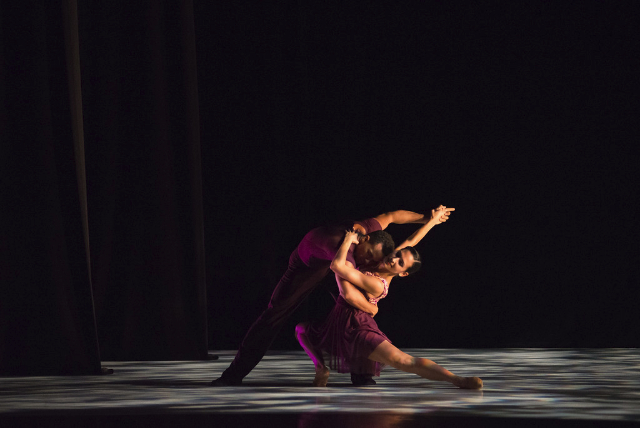 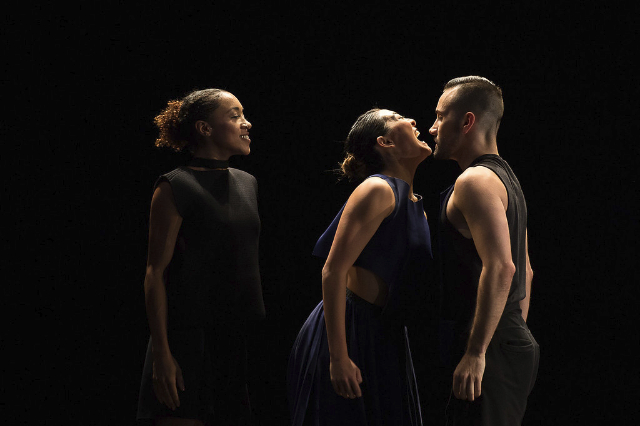 With exquisite depiction of the ambiance of vernacular Hispanic dance the ambitious work explored all aspects of  a sexually charged evening at the famous ballroom.

In 1970, the Venezuelan born Ramirez founded the company to bring disciple and art to the Hispanic community. At MoCA she reported that there were 70 works commissioned for the company which had traveled and performed globally.

Continuing that tradition Linea Recta, choreographed by Anabella Lopez Ochoa, was co commissioned by The Apollo Theatre, where it was premiered, and Jacob’s Pillow.

The work was presented this past week by Ballet Hispanico under artistic director, Eduardo Vilaro, who took over from Ramirez in 2009.

While we much enjoyed the company it lacked the heat, shall we say salsa, of that sensational first exposure.

That critical observation undoubtedly reflects a limited and stereotypical overview of Hispanic art and culture. The arc of sophistication and aesthetic development is applauded and inevitable. There is a welcome transition from indigenous culture and dance traditions to high art. In the best instances artists return to roots and that is the part of the DNA of aesthetic evolution.

Under Baff we enjoyed many companies representing that spectrum from break and street dance to the mainstream of  modern dance.

In evolving from roots, however, companies reach a level where they must differentiate themselves from the mainstream of contemporary dance.

That was the plus and minus dichotomy that tempered responses to a program of three dances. While there was a connection to Hispanic music and roots the dance we saw conflated ethnicity, modernism and balletic movement. The dancers are superbly discipliuned and trained in many idioms. Significantly, the dances were well reveived but with only one outburst from the audience. That occured during the final work Danzon when a male dancer executed a spectacular leap. Overall, there were too few such moments.

In the first piece El Beso by the Spanish choreographer, Gustavo Ramirez Sansano, on a moodily lit stage we are intrigued by the full body movement of Johan Rivera Mendez.  With flinging arms and lurching thrusts his upper body appears to be devoid of a spine or direct connection to his legs and feet. With legedermain his body parts moved in different directions simultaneoulsy.

As we become accustomed his quirky rhythm  he was joined by a love interest Shelby Colona. In their pas de deux it is absorbing to see their separate but equal executions of the complex and unique choreography. She was her intent in her pursuit when compared to his apparent indifference.

There were more dancers and partnering exploring the theme of evasive kisses. The polite but summary conclusion, returning to the first couple, was his planting of two platonic kisses. With an amusing thanks but no thanks departure he appeared to politely reject the ritual overture.

The Belgian-Colombian choreographer, Annbelle Lopez Ochoa, has worked in contemporary dance  with European and American companies. For this commission she has remarked on the challenge of rediscovering her Latina heritage.

With six degrees of separation the Belgian based Ochoa has deconstructed the Spanish gypsy tradition of Flamenco with Linea Recta.  She has created riffs and amusing variations including the dancers touching with curious ensemble lifts. This is strictly verboten in Flamenco. The dancers perform barefoot to an original solo guitar composition performed by Eric Vaarzon Morel.

Dancing solo the striking Melissa Fernandez enters in red in a sendup costume by Danielle Truss. Trailing behind her is a variation of a  traditional bata de cola skirt. The women dancers of Flamenco are known for their skill in manipulating these voluminous skirts. It is as much a part of their vocabulary as thunderous footwork and sharp executions of fans and castanets.

If you are steeped in Flamenco tradition the manner in which she twirls and winds the ruffled train of the skirt is fascinating and amusing. But it is oddly disconnected from the muffled sound of her unshorn feet.

Like other contemporizing updates of Flamenco we have seen at Pillow there is that familiar sense of ennui. Deconstructions, however amusing and inventive, rarely add to the vocabulary and appreciation of the form.

The final piece Danzon was choreographed by the artistic director Eduardo Vilaro.  It is based on the traditional dance and music of his native Cuba. While we hoped for something hot, what we saw was a fluid confluence of balletic, Hispanic and modernist elements. While executed with discipline and beauty there was estrangement from emotional engagement.

There seemed to be a disconnect with the Afro Cuban intensity of bop trumpet player, Dizzy Gillespie’s famous big band arrangement  of Cubana Be and Cubana Bop by George Russell. That connected American jazz with Cuban roots and featured the legendary percussionist Chano Pozo.

In addition to music by Paquito D’Rivera we were thrilled to hear Dizzy and Frank Paparelli’s iconic Night in Tunisia arranged by David  Balakrishnan and reorchestrated by Alex Brown.

There was disconnection as the music proved more engaging than the dance that it inspired. It did not leave us hungry for more.