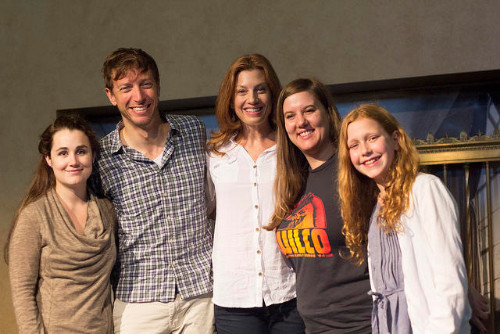 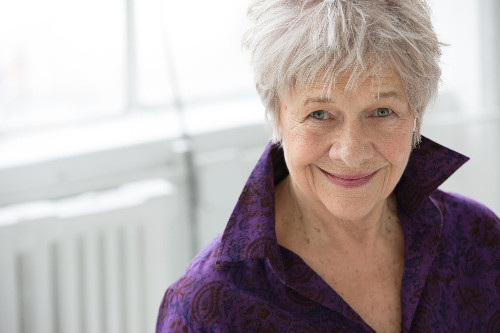 There is much to like about the world premiere of Unknown Soldier, music and lyrics, by Michael Freidman, book and lyrics, by Daniel Goldstein, which opened last night on the Nikos Stage of the Williamstown Theatre Festival.

In the starkly modernist set by Mark Wendland as the audience is seated a number of people are conducting research in an archive. This is indicated by library tables, suspended generic lighting, and a number of boxes containing documents and objects.

For the relatively intimate theatre there is a sense of deep space at the back of which is a scrim and the barely visible five piece band. The exquisite lighting design of Ben Stanton uses that backdrop for a stunning range of mood enhancers for complex changes of scene.

Through the sparing and keen directing of Trip Cullman much is made of little with a clever use of props. From those archival boxes, for example, models of buildings, at times lit from within are signifiers of the nearby city of Troy, New York. It is within an hour’s drive from Williamstown.

We are immediately captivated by the juvenile Clara Young (Young Ellen/ Lucy Rabinowitz) who with great clarity locates us in Troy, the worst city in the state of New York, (with apologies from the creative team).

She is a bright, charming girl who for a school project is preparing a report on WWI. Ellen reminds us that it was the Great War and the war to end all wars. Through her we learn how maps were redrawn and of the millions of lives that were lost.

Because of the death of her mother she is being raised, somewhat acerbically, by her grandmother Lucy Anderson (Estelle Parsons). Poking about in the house, which makes her grandmother cross, she has found a clipping from a newspaper from the era of WW1 that depicts a woman and a soldier having a picnic.

It is revealed that the man in the image is The Unknown Soldier who returned from the war with amnesia and what today is identified as post traumatic stress syndrome. Asked about the clipping her grandmother is silent. But the girl tells us that she got extra credit for making this original document a part of her report.

Both the child and grandmother then disappear for most of the one act 90 minute musical. Book ending the production they reappear at the end. At that juncture Parsons is the ghost of her self and Young is now a child of the adult Ellen Rabinowitz (Jessica Phillips) also named Lucy.

At times we need a cheat sheet to follow the interplay of four generations. It also would help to have a list of the songs which is the norm for a playbill. Perhaps they were still in flux.

Some of the songs just don’t make sense. In a complete disruption from the tone of the musical there is a WW1 comedic interlude with the doctor (David Greenspan) and nurse (Christina Sajous) appearing in a madcap vaudeville number about the soldier’s amnesia.

There is another non sequitor when Andrew (Erik Lochtfeld) an awkward archivist and researcher assisting Ellen shows up at her home uninvited with a bouquet of flowers. He wants to take her for a picnic or at least out for a milk shake. She informs him that she is married but admits that by e mail she had flirted and led him on as an inducement for his help.

Not making sense he sings that this is not the first time for an unsuccessful flirtation. Lochtenfeld proves to be a better actor than singer in a scene that needs rethinking.

When the adult Ellen is introduced she is tasked with clearing the house in Troy which she has inherited from her grandmother. In a song that skewers the city she mentions a couple of bars and a place to eat. There are allusions to a time of greater prosperity and civility.

In the process of getting rid of stuff she finds that clipping that her grandmother refused to discuss. The woman in the photo is the young Lucy. She is struck by the beauty of her grandmother and curious about the identity of the Unknown Soldier.

Through research into the past of family history she comes to know herself. Phillips reveals this process divinely in song. There is a compelling relationship with the archivist which, in his mind, goes beyond pure research. We learn that Ellen is married, and eventually has a child she names Lucy, but know very little about that relationship. The husband is mentioned but never appears.

The arc of this musical broke down in thirds. Initially we were enchanted first by young Ellen and then by her older self. She inherited a house  bringing her back to a city she was all too anxious to leave. Phillips is wonderful and compelling in her role. We immediately connect with and care for her character.

There is a middle sequence that has young Lucy Lemay (Lauren Worsham) visiting New York for the first time. Literally, she bumps into a young soldier and they spend the day together. They are immediately married resulting in a later child. (Here it gets a bit confusing to follow). He (Derek Klena) goes off to war where it is assumed that he is killed. His dogtags are recovered but not the body. Could he be among the soldiers who ran away and survived?

The beautifully designed costumes by Clint Ramos help to define not just the time frame for the action but also a sense of the constraints and morality that defined women separated by a century. There is a strong visual demarcation between young Lucy in the attire of  the WWI era including an elegant and feminine hat and Ellen in sweat pants and robe smoking and hanging out in her kitchen.

Is he the Unknown Soldier who has been taken on tour and promoted in the media. Could that be Ellen's grandfather? Deeply traumatized he was confined to a hospital. There he is visited by an endless number of women looking for their lost son, husband, relative or lover. Lucy is said to have visited him some 77 times before being transferred to an undisclosed other hospital.

The unidentified,  traumatized soldier is arbitrarily given  the name of Francis Grand. He is well played by Klena who sings with passion and warmth. In some of the scenes he stands on the table and is seemingly elevated and venerated as a shard of war.

During this middle phase of the musical there is a depletion of momentum. Some of the interactions become overly repetitious.

The play is on its firmest footing in the here and now with Ellen and Andrew pursuing research into the fate of her grandfather. That seems real and compelling compared to glimpses of the past which are complex and less than credible. Is it plausible that a couple would meet, marry, and consummate their relationsip all in one day? And get pregnant to boot. Like Penelope would she weave and undo the tapestry in a life long vigil for his return? Is it plausible that a woman would remain faithful after a single day of love?

Well perhaps, this play argues, in that more innocent era a century ago.

During the final phase of the musical we are pleased to see the return of Parsons paired in a surreal waltz with her young lover (Klena). There are sparks provided by Young as the daughter of Ellen.

The play ends well with closure resulting in a standing ovation from the opening night audience.

Moving forward the challenge for the creative team the musical needs to be a tighter with a more cohesive flow between the generations.

It is engaging to learn that this is really an in house WTF product. The musical was  commissioned by former artistic director, Nicholas Martin, encouraging promising young associates of WTF. That initial effort has been realized with input from current artistic director, Mandy Greenfield.

With fine tuning this musical is likely to have another production after a promising premiere in Williamstown.