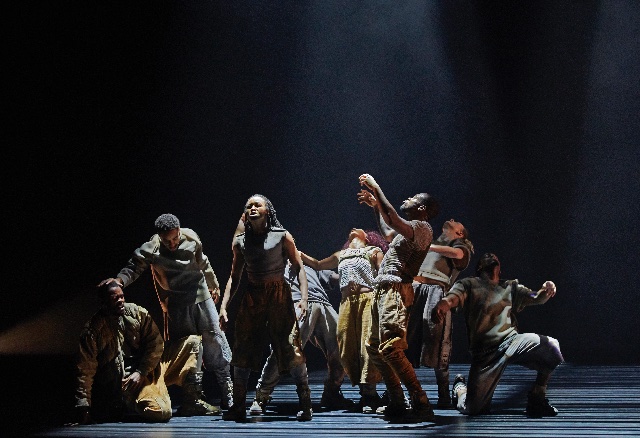 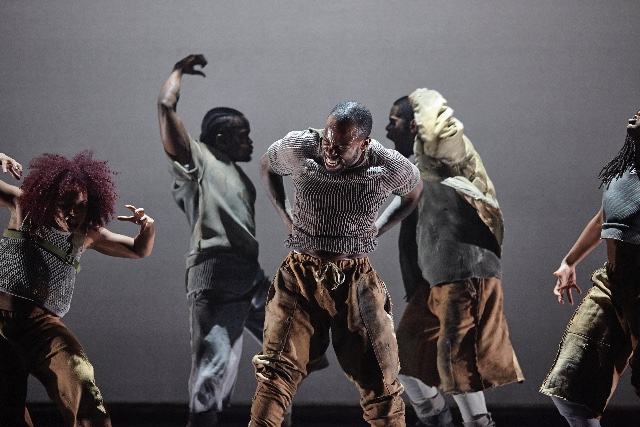 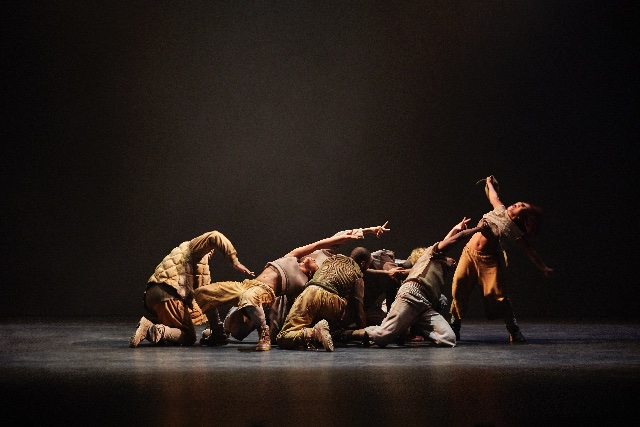 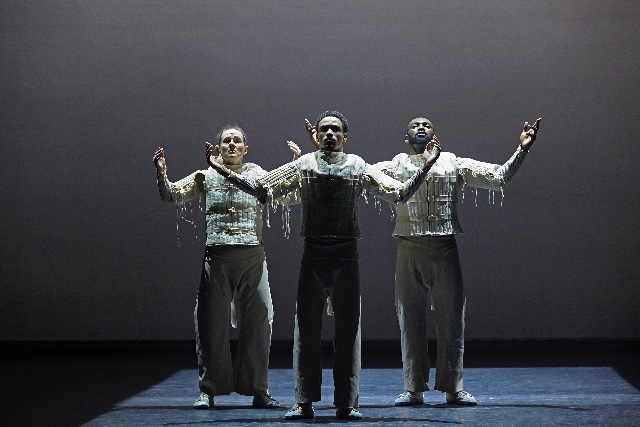 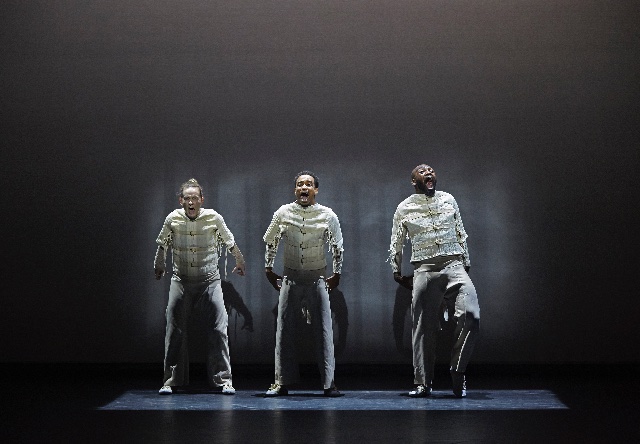 Blck, Whyte, Gray is performed at the Mostly Mozart Festival, a clear invitation for a wide swath of ethnic groups to join the Festival audience, and also a pleasure and a revelation for regulars. Advance notice was served at the White Light Festival last fall, when it was a smash hit.

The form of Blck, Whyte, Gray pushes Hip Hop to new, multi media extremes.  The music of Michael “Mikey J” Assante is ever present, ricocheting off the walls of the stage and theater, and more importantly, inspiring the dance of the performers.  Combining a wailing bass of electronic groans with the clash of sticks and screeching top notes, we experience the black man’s burden and liberation.

The dancers are crammed into nooks and crannies in the real world.  Sometimes they enter the stage on their backs, moved forward by hands and feet like an upside down crab.  The uneasy balance rolls off music that has a disquieting feel.

Dancers in Whyte appear in straight jackets and are contained by a square pool of light. Their movements are constrained and robotic, a theme which continues throughout the dance.

Ceiling spots originate at the junction of two legs of a scalene triangle, widening out as they descend on a character.  Character is the correct word for the dancers.  Choreographer Kendrick "H20" Sandy has encouraged them to give a new name to their performance role and to stick with the personality that self-assigned name suggests.  The dancers agree that this helps them focus on their role and to react more intensely to its parameters and essence.

In the New York subways, we have young men dancing krump.  This is a response to repression.   Krump is free, expressive, exaggerated, and highly energetic movement. Dance may be a way to escape gang life and express raw emotions in a powerful but non-violent way, Sandy suggests.

Yet Sandy cautions against broad interpretations which work for every member of the audience.  Just as he has encouraged his performers to take on new names which will express their individuality in movements, each audience member is encouraged to react in his or her own way.  So full are we of lights and movements and compelling sound that we can remain mindlessly moved and thrill to the performance. The haunting begins after the show goes black.

Sandy wants us to leave the theater feeling and then thinking.  This work is so far beyond the province of mere words that your gut begins to form new ones as the intensity of the experience recedes.