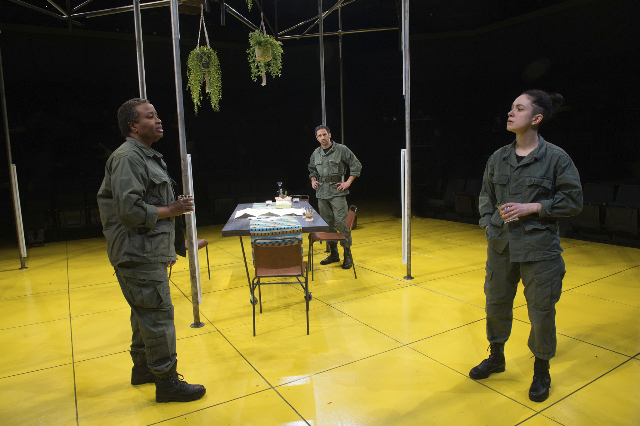 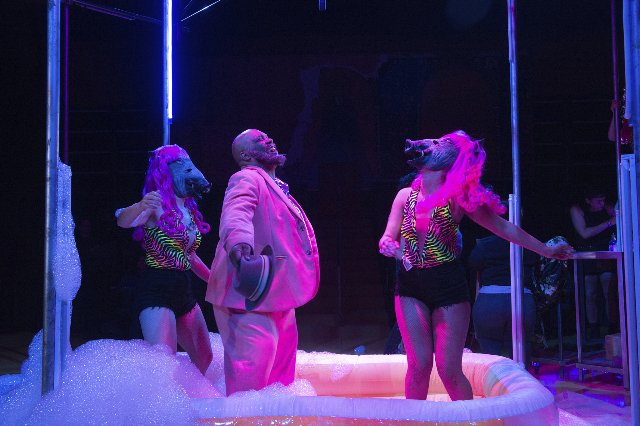 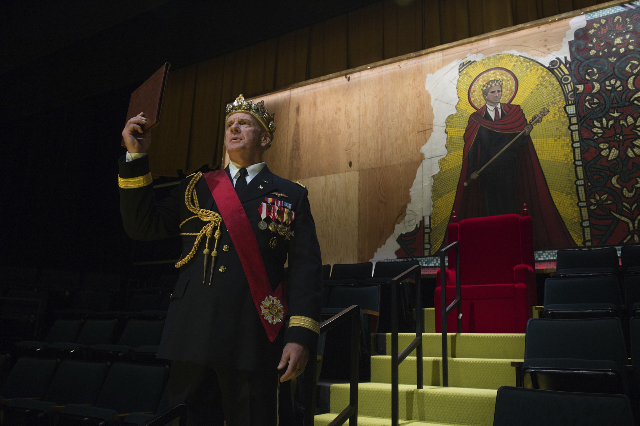 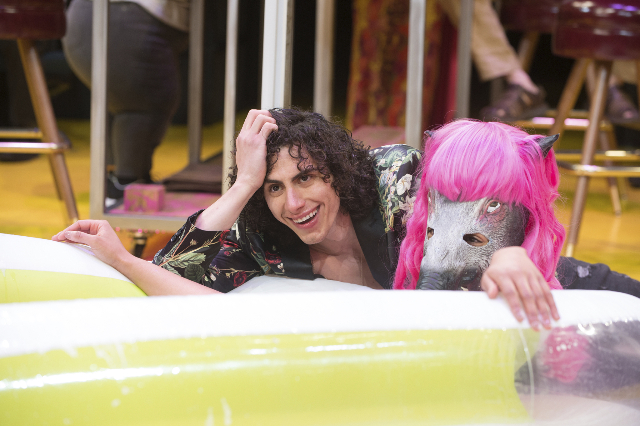 Henry IV, Part One is understandably one of the more popular histories in the Shakespeare canon. Its timeline predates the War of the Roses by half a century, but the eponymous monarch represents the first of the Lancaster branch of the Plantagenet line, which would later clash with the York branch to rule England. It also introduces Prince Hal, a dynamic personage who would later become the glorious but short reigned Henry V. Finally, we meet Sir John Falstaff, one of the most debauched, humorous, and harmlessly mendacious characters to flow from the Bard’s pen.

As a leading producer of Shakespeare, Oregon Shakespeare Festival has mounted this play numerous times. One of the modern challenges that producers face is how to make one like this fresh or relevant, which can be done with a traditional setting but distinctive affect or by changing time and/or place. These changes always infuriate some patrons, but hopefully more recognize that going to the well with the same bucket grows tiresome.

OSF has haberdashed the king as a U.S. Army general. Battle scenes are in contemporary camouflage uniforms, and arms include M-16s. But the script is left intact, resulting in some dissonance. The braver decision is to cast the antagonist and contestant to the throne, Henry Percy, also known as Hotspur, as and with a woman. Driven by the fine performance by Alejandra Escalante, this concept works well. She is passionate, vengeful, analytical, and fast talking. She exudes commanding leadership. Unfortunately, there are breakdowns where it is not clear whether this is a woman playing a woman or a woman playing a man as most references to the character are feminine, but not all, especially in the early going.

Much of the play is typical Shakespeare history, devoted to the machinations of a ruler and his enemies strategizing to defeat each other. An equally important thread is Prince Hal’s coming of age. We meet him as a wastrel, encumbered by a coterie of scoundrels, including the overindulged Falstaff. Daniel Jose Molina embraces the role of this fun-loving, irresponsible good-for-nothing prince with irreverent glee. Wide eyed and big mouthed, Molina depicts the merriment, the cajoling, and his fraternity with dunces. The crew hangs at Miss Quickly’s Boar’s Head Tavern. Here, pink and florescent-colored costumes, pig-headed girlies, bubble-filled wading pool, and booming rock music decidedly defy tradition.

Shakespeare, however, takes quite a shortcut in bringing Hal to maturity. In a single dialogue in which his father reveals that Percy is organizing a military campaign against the throne, Hal’s ire is raised.  He becomes a fully-formed, totally disciplined heir to the throne, prepared to go into battle for the right. This deus ex machina transformation seems pretty iffy but begins the substance that will be Henry V. Thenceforth, Hal meets the challenge of Percy, whom Henry IV has long admired and would gladly have swapped for his own son.

Director Lilean Blais-Cruz does well with limited resources. Actors extract whatever drama and humor that the words allow. Lighting and sound achieve expected OSF standards. This production plays in the round and with a minimum of staging – the fixed portion being a number of vertical white pipes with light wands attached to a maze of pipes above. Like most of the histories, this one is written for a large speaking cast and a phalanx of supernumeraries. Presumably for budgetary reasons, a number of players perform multiple roles, and at times the differences are not well clarified, which can lead to some confusion. And of course, a battle leader fronting a gang of two lacks the same feel of fronting fifty, but we can let our imaginations work a little.

Henry IV, Part One by William Shakespeare is produced by Oregon Shakespeare Festival and plays on its stage in Ashland, OR through October 28, 2017. All photos by Jenny Graham.