A Million Bucks for Schmatas 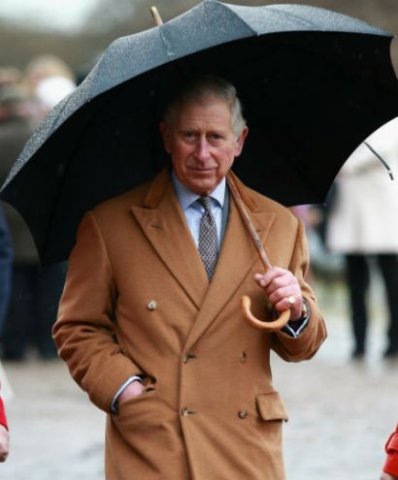 Manafort and Sherman Adams dressed like royalty. Here Prince Charles is out and about in a vicuna coat.

Paul Manafort, Trump’s former campaign manager and fixer, went from rags to riches, and now possibly will be fitted for an orange jump suit.

As an unregistered consultant to enemies of America, it’s less shocking to learn that Mamafort laundered money, than how he spent it.

Said to be deep in debt, including a million dollar tab for suits, he signed on pro bono to run the Trump campaign. A resident of Trump Tower, and fellow aspirant for power, he came cheap. It’s such an honor and privilege to work for the Donald that don't expect to be paid.

Just ask the caterer for Donald’s wedding to Melania, or contractors of his Atlantic City Casino.

Apparently, getting stiffed by Trump was worth it for Manafort. Comping a President comes with priceless access for a “consultant’s” clients.

He sprung for a  $12,000 pink pinstripe suit and a  $48,000 blue lizard jacket. That’s the going rate at House of Bijan described as the most expensive men's clothing store in the world.

That’s chump change for his running buddies from Russian Oligarchs to Saudi Princes.

In such elite company Manafort dressed for success. Arguably, until the bills came due with the Feds sniffing blood, he was better dressed than the boss. Trump must have stiffed the tailor as his threads are not worth writing about. They’re off the rack from the Big and Tall shop.

But a scandal about sartorial excess is nothing new to Beltway sleaze.

During the “I Like Ike” era of the 1950s, General/ President Dwight D. Eisenhower brought a former New Hampshire Governor, Sherman Adams, to the White House.

An outsider, Ike was pledged to “drain the swamp” more or less. The former commander who won The Big One was a straight shooter from Abaline, Kansas. During the war he was fond of his driver Kay Summersby. Other than that he was strictly a Bible Belter.

While former President Harry Truman lived modestly his associates did not. Though not himself on the take young Harry was groomed and anointed by Boss Tom Prendergast.

Initially, Adams was a stoic bureaucrat. Shunning power lunches he was known for ham and cheese sandwiches at his desk.

To lubricate the process he sent vicuna coats and oriental rugs to Washington insiders.

Eyebrows were raised when the seemingly incorruptible Adams was spotted wearing a $25,000 vicuna coat. This on a dude more likely to wear L.L. Bean.

Midterm elections had flipped Congress and the Democrats had a field day with the Goldfine scandal.

Ike let Adams resign with a letter praising his devotion to duty.

If things don’t go well for Manafort we wonder what the $48,000 lizard coat will fetch at a tag sale. But, not to worry. If he ends up in the can the government will see that he has neat outfits with free alterations.