Hit and Run Sequel to Fauda on Netflix 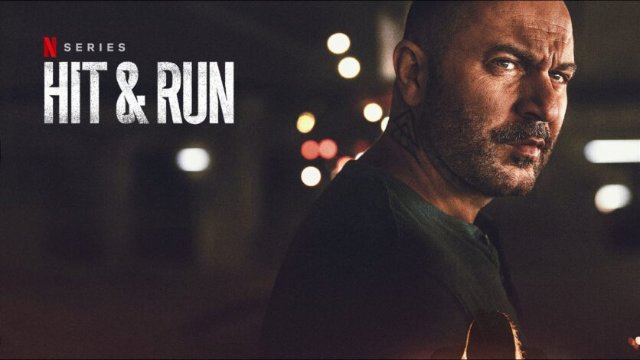 When Daniella died it was no hit and run accident.

A talented dancer with the Israeli company Batsheva (which we saw at Jacob’s Pillow a couple of seasons ago) Danielle Azulai (Kaelen Ohm) is about to fly to for an audition with the Paul Taylor Company.

She promises her husband, tour guide Segev Azula (Lior Raz), and stepdaughter, Ella, to be back in a week. Then they will have to decide to remain in or move to .

We meet her American parents and the first of nine episodes of “Hit and Run” (Netflix) gets bogged down by layers of back story. So much so that the Israeli/ American production mostly plods along picking up some mid-point momentum as the plot careens along with as much misdirection and happenstance as a game of billiards,.

On the way to the airport she is the victim of a hit and run accident. Segev is rightly convinced that it was not an accident and tracks the hitmen to NY where, with appropriate dramatic tension, he evens the score. But this is just the beginning in a plot that gets every more convoluted while annoyingly awkward and predictable.

Yes, I shamelessly binged on this, despite its quickly evident mediocrity, based on the prior Neflix two season hit “Fauda” with the same star and creators. Reaching beyond the pond, arguably in search of a wider audience, this creative team compromised its unique Sabra intensity.

Segev’s intense and ruthless charisma gets lost in translation. Limits in his acting ability were masked by the “Fauda” context but are raw, exposed and cloying in this sequel. He does ruthless tough guy well but not so on every other aspect of a crudely nuanced character shackled by a muddled, mediocre script.

There are lots of flashbacks that reveal Daniella as more than a talented dancer. The revelations feel more contrived than compelling. They make us wonder whether the marriage to Segev was just a cover. As he plods along seeking justice against every greater forces of evil we wonder if he is duped and nothing more than a pawn in a game beyond his pay grade.

If are looking for more of what made “Fauda” unique and compelling, trust me, “Hit and Run” is not the answer. The much anticipated sequel was D.O.A.