The Curious Dog in Los Angeles

All the Bells and Whistles for Ahmanson Theastre Production 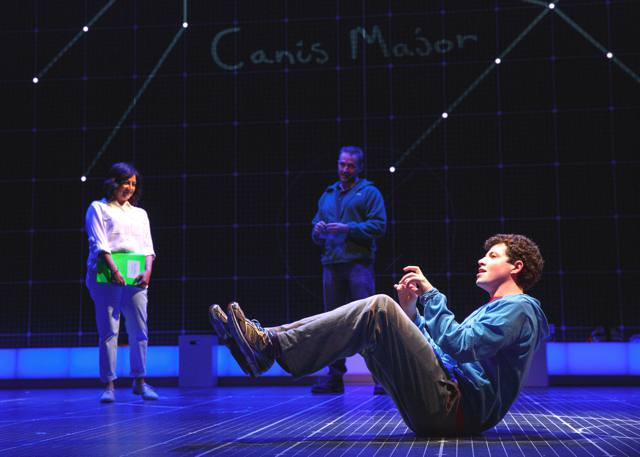 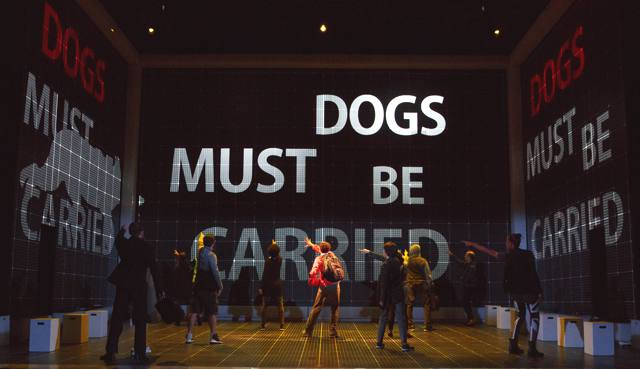 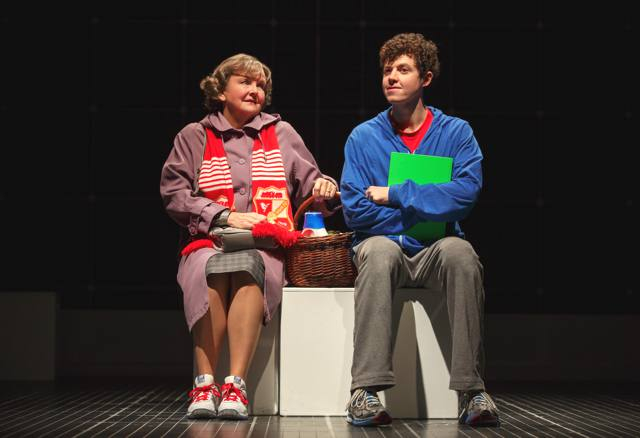 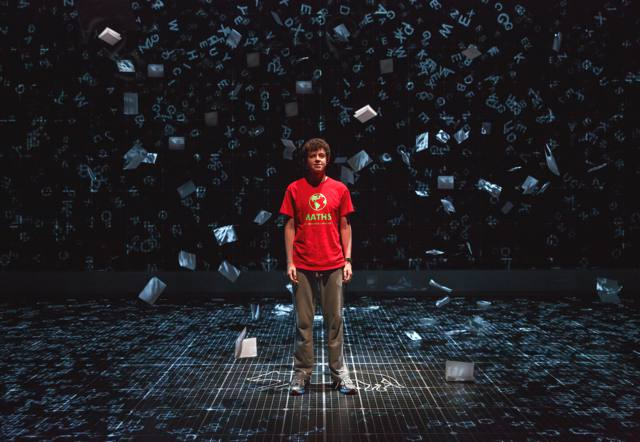 Plays and movies about ‘math savants’ have a certain amount of appeal when they’re crafted in a traditional linear format like the Dustin Hoffman movie “Rain Man” or more recently the 2017 NASA based-film “Hidden Figures” with Taraji P. Henson.

How to tell a story when we think ‘outside of the box’ resulting in a stage play is another matter. The Tony Award-winning Best Play of 2015, “The Curious Incident of the Dog in the Night-Time”, now on stage at the vast Ahmanson Theatre in Los Angeles is a perfect example. The play is based on the mystery novel by Mark Haddon, however, the play written by Simon Stephens, and directed by Tony Award winner Marianne Elliott (for her inspired direction of the play “War Horse”), is a challenge for theatre audiences who must come to grips with a story that is all out there with no format or structure. Just emotions. Tons of them.

Playwright Stephens is fascinated by math savants. In his recent play “Constellations”, the lead character is a quantum physics professor who lives in several alternate realities. It’s daunting indeed, for traditional going theatre audiences to stay fully engaged in his plays.

In “The Curious Dog”, elements of Autism and/or Asperger’s syndrome – both on the same spectrum – is evident immediately. The avoidance of touching on the part of 15 year-old Christopher Boone (astonishingly portrayed by Adam Langdon) sends signals that we about to peek into the incredibly terrifying and frightening world of Autism. The play is set in London, England in the present.

The story in short is set in motion with the killing of a neighbor’s dog one night. As the lights come up Christopher is seen seated on the ground next to the dog that has a pitch fork sticking out of its back. He is immediately accused of killing the animal by the owner. The police are called, and when they interrogate Christopher he is accidentally touched by a constable, setting off reactions of screaming in the fetal position. His parents (Gene Gillette as Ed, and Felicity Jones Latta as Judy) are there to calm him down. They are familiar with his behavior. This behavior response will be repeated several times over the course of the play (I got it the first time).

Depending on the severity of the condition, life in the world of autistic children is a series of reactions that occur every time a casual touch or a remark takes place. Autistic children and young adults see and accept what they hear as literal. Special education teachers say metaphors are especially confusing for them. If someone, for example says “I’m so hungry, I could eat a horse”. Their eyes glaze over in bewilderment and horror at the prospect of an adult saying a thing like that.

The play’s audience will follow Christopher’s emotional roller-coaster of part journey and part discovery as he interacts and navigates in the everyday hustle and bustle of London on a mission to find his mother. He is always only a touch away from anyone or anything that unwittingly triggers his bewildered behavior to society at large.

To help the audience experience what takes place inside the head of Christopher, director Elliott employs the full technical arsenal of the Ahmanson that is available to her. The set design by Bunny Christie, is a huge three sided space staging area with colored LED lights both on the walls and the floor that are cued by Christopher’s dialogue and stage movement. It’s all very technical and it’s all very eye-popping thanks to the lighting design of Paule Constable, and the video design by Finn Ross, along with an ear-drum punishing sound track by Ian Dickinson, that sounds like it came from the 1965 film “The Ipcress File”.

Regardless of the assault on the senses of the Ahmanson audience with its text, flaws and all, one cannot deny the brilliance of the tour de force performance of Adam Langdon as Christopher. It’s almost too exhausting to watch. I’m not surprised that the role of Christopher is being shared between two actors over the course of the run. Performing the role of Christopher night after night is a total energy-draining effort. Actors Adam Langdon and Benjamin Wheelwright share the role. The night I attended, the part was being performed by Mr. Langdon.

Regarding the mystery of who actually killed the dog, that individual is revealed on stage at the conclusion of the play by actor Mr. Langdon following the curtain call. Math ‘savants’ are indeed brilliant and intimidating at the same time. The process of how Christopher arrived at his conclusion could be the subject another play.

“The Curious Incident of the Dog in the Night-Time”, performs at the Ahmanson Theatre and runs through September 10, 2017. Joan Marcus photos