Before the Meeting By Adam Bock 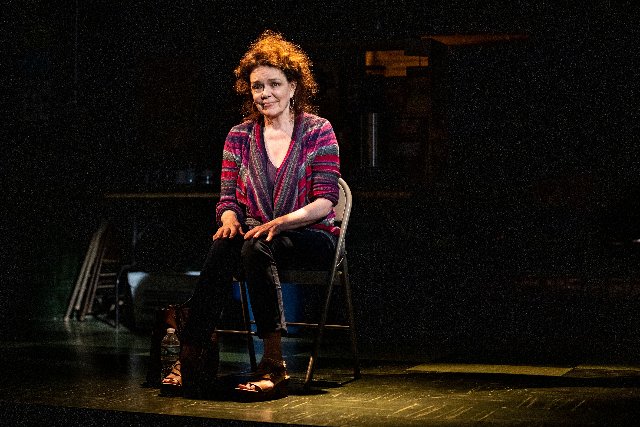 Deidre O'Connell delivering a soon to be classic monologue. Photos by Joseph O'Malley. 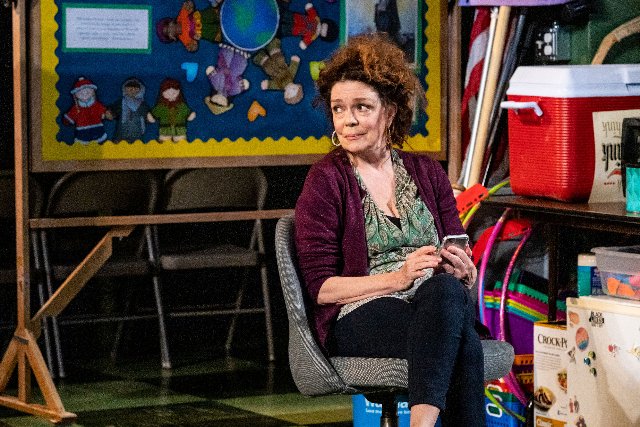 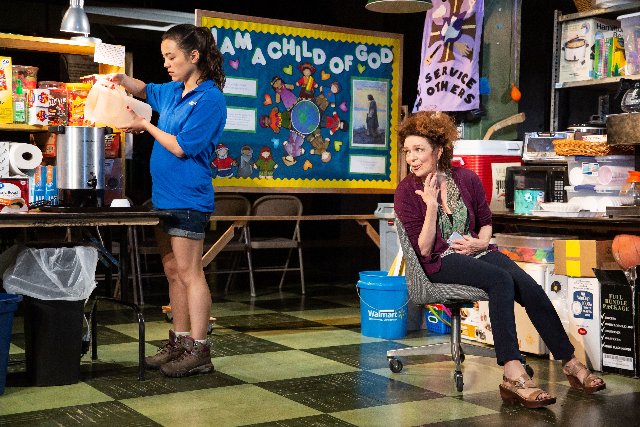 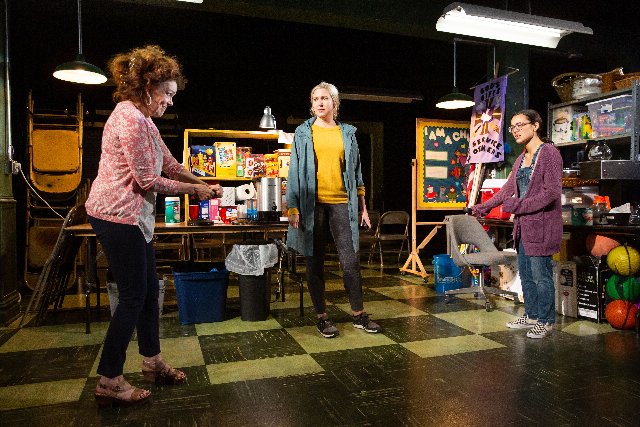 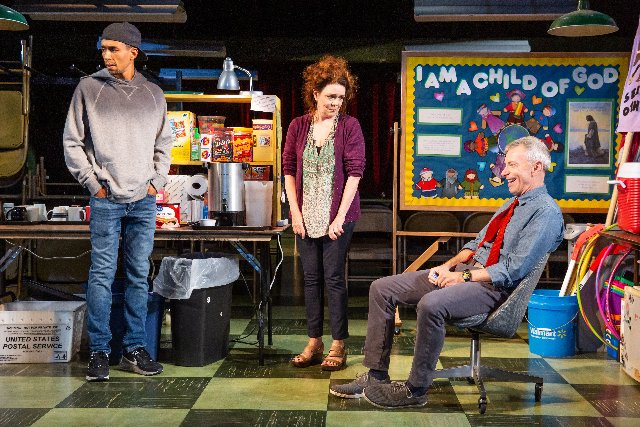 Before the Meeting by Adam Bock, directed by Trip Cullman is having its world premiere on the Nikos Stage of Williamstown Theater Festival.

Based on the riveting performance of Deidre O’Connell as Gail, a recovering alcoholic, this astonishing new play is an instant classic. It seems destined to enter the canon of  contemporary American drama. Last night there was a sense of seeing theatrical history in the making.

Apparently, Bock is known for writing long and intense monologues. O’Connell performs a doozie. She takes us on a roller coaster ride of ghastly personal history and the mantras of AA. She recites and comments on its Twelve Steps. Each one is uniquely personalized. The actress has an amazing arsenal of expressions, gestures and body movements. All delivered while seated center stage on a generic folding chair. She puts us through the ringer ending with “My name is Gail and I’m an alcoholic.” Rightly, the audience burst into thunderous applause.

In an interview published in the program, director Trip Cullman, states “…When I first read Before the Meeting I burst out crying at the end of Gail’s monologue. Afterwards, I thought, ‘Well, if this affected me so profoundly while reading it on my living room couch,’ I should probably direct it.”

Right on Trip. His direction of the well crafted play is subtle and masterful. Cullman has brought the best in the players and their scruffy, downer, fragile/vulnerable characters. Arguably, it’s the most compelling assemblages of drunks since O’Neill’s The Iceman Cometh. The crucial difference is that Gail, Nicole (Midori Francis), Kyle Beltran (Tim), and Arnie Burton (Ron) are trying to stay sober.

That entails attending daily meetings and reciting the prayers and Twelve Step mantras of Alcoholics Anonymous. Gail presides over the basement meetings. She has been some 18 years sober but knows all too well that a single drink can change everything.

There is a lot of banter with the pregnant Nicole. Her boyfriend is an abusive drunk.

We hear endless version of jokes. For example “How do you know that an Amish guy is an alcoholic? Because he keeps falling off the wagon.”

Order, routine and rituals are essential to the hope of staying sober. The scenic design of Mark Wendland creates a realistic ambiance. In the foreground is the setup for refreshments. We see the oft repeated process of making coffee. Cups are set out and it seems a lot of coffee if consumed at meetings. Usually, this is done by Nicole and she resents when a newbie, Tim, is initiated into the ‘coffee committee.’

There is also explosive conflict about how chairs are arranged. Ron, who attends lots of other meetings, wants them in a circle. Now and then he fusses with them causing explosions from Gail. She has her reasons.

Now and then we see activity in the visually obstructed meeting area. A group of extras play basketball. In the background, briefly, a young woman plays truly pathetic violin.

In the chit chat before meetings we get back stories of the characters. Part of the AA program entails asking for forgiveness. That’s not always possible. One may change but others are fixated on the individual's past offenses. At their worst it is felt that we see their true selves. For many the protestations of sobriety ring false.

The stern dictum is that a leopard can’t change its spots. It’s not always possible to forgive and forget.

As a deceased friend, more than thirty years sober, told me he walked away from any conflict that caused him to “Bud” (building up top drink).

Gail and Nicole discuss what works in trying to get loved ones to respond to e mails and text messages. Gail is thrilled when, at long last, she gets a lenthy text message from her granddaughter, now a teenager. There is dizzy excitement about a potential visit.

Instead there is catastrophic shock when Gail’s daughter Angela arrives. There is a scorching, hateful exchange when she states that Gail will never, ever, see her granddaughter. There was a truly unforgivable incident and total devastation when Angela exits. That confrontation shatters any illusion of progress, change and recovery. It’s a bleak and sobering reality check.

That vividly conveys their commonality. Hopefully they will survive. Truly, this Bud’s for you. Utterly shattered we staggered out of the theatre and in a state of shock drove home.