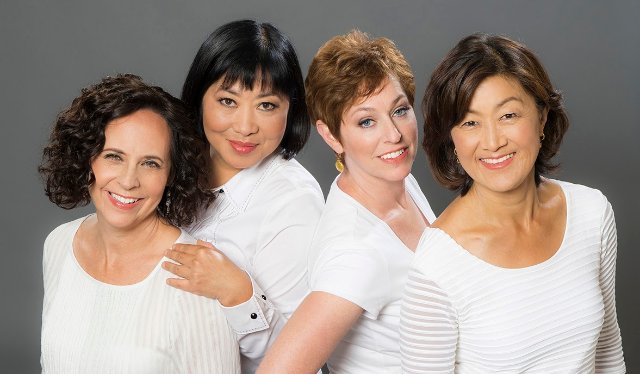 This has been a very special year for Music Mountain, called “the summer shrine of the string quartet” by the New Yorker, with the return of live, in-person concerts in historic Gordon Hall following last year’s COVID-interrupted season. (It had its moments, however: a series of live virtual interviews with artists along with excerpted performances, some livestreamed, made up our successful weekly “Live From Music Mountain” series in 2020.)

“With the eagerly anticipated return of live performance to Music Mountain, we also wanted to take the opportunity to diversify our programming and give ‘air time’ to the many, too-often neglected, women composers of the genre,” said Oskar Espina-Ruiz, Music Mountain’s artistic and executive director.

“Mendelssohn Hensel was very much as talented and prolific as her more famous brother, Felix Mendelssohn,” Espina-Ruiz said. “She was her brother’s trusted advisor and critiqued his compositions before they were published. It is sad that the social mores of 19th-century Europe prevented her from a career in music like her brother’s, but nevertheless, she persisted,” pouring out more than 500 compositions, including chamber works, songs, and piano pieces, often played at family salons for a select audience in the Mendelssohns’ home.

The tone poem-like selections of Das Jahr, each depicting a month and associated scene (such as “September: At the River,” or “June: Seranade”) are richly melodic and inventive, remarkably free and flowing in their execution.

Following Mozart’s String Quartet in B Flat Minor (K. 589), one of his late “Prussian” quartets, the Cassatt Quartet and Oppens will conclude the program with Amy Beach’s Piano Quintet in F Sharp Minor, Opus 67.

“Beach composed throughout her life and never had to labor in the shadows quite as much as Mendelssohn Hensel,” Espina-Ruiz explained. “Still, her work was unjustly neglected until recent decades. She had a powerful influence on composers and piano pedagogy in New England and beyond.” (Like Mendelssohn Hensel, Beach was a piano prodigy.)

Muneko Otani and Jennifer Leshnower, violins, Ah Ling Neu, viola, and Elizabeth Anderson, cello, make up the acclaimed Cassatt String Quartet, based in New York City. Formed in 1985 with the encouragement of the Juilliard Quartet, the Cassatt initiated and served as the inaugural participants in Juilliard's Young Artists Quartet Program. Their numerous awards include a Tanglewood Chamber Music Fellowship, the Wardwell Chamber Music Fellowship at Yale (where they served as teaching assistants to the Tokyo Quartet), First Prizes at the Fischoff and Coleman Chamber Music Competitions, two top prizes at the Banff International String Quartet Competition, two CMA/ASCAP Awards for Adventurous Programming, a recording grant from the Mary Flagler Cary Charitable Trust, and commissioning grants from Meet the Composer and the National Endowment for the Arts. In 2004, they were selected for the centennial celebration of the Coleman Chamber Music Association in Pasadena, California.

A legend among American pianists, Oppens is widely admired particularly for her original and perceptive readings of new music, but also for her knowing interpretations of the standard repertoire. No other artist alive today has commissioned and premiered more new works for the piano. A prolific and critically acclaimed recording artist with five Grammy nominations, Oppens most recently released a new recording of the late Frederic Rzewski’s The People United Will Never Be Defeated, nominated for a Grammy in 2016, and Piano Songs, a collaboration with Meredith Monk.

Since 1930 generations of music lovers have come to Music Mountain for an exceptional concert experience and, today, audiences continue to praise the outstanding quality and consistency of the events at Music Mountain, the exceptional acoustics of air-conditioned Gordon Hall, and the beauty and peaceful serenity of Music Mountain’s mountaintop grounds. Recent concertgoers see Music Mountain as “a peaceful green oasis” and highlight its “amazing venue, ambience, and experience.”

Music Mountain, a 501(c)3 nonprofit organization, began as the unique vision of Jacques Gordon, Chicago Symphony concertmaster from 1921 to 1930 and the founding first violinist of the Gordon String Quartet, one of the leading quartets of its time. The buildings at Music Mountain form a well-designed campus in the Colonial Revival style. They were built by Sears, Roebuck & Company’s pre-fabricated housing division and are listed on the National Register of Historic Places.

Music Mountain is located at 225 Music Mountain Road, in Falls Village, Connecticut, where a short scenic drive will bring you to Gordon Hall atop Music Mountain. Free parking and picnic facilities are available.

Regularly scheduled Chamber Music Concerts are $45. Specially Priced Concerts are as follows: tickets for the Season Opening Concert on July 4 are $75, and Special Concerts on July 11 and August 29 are $60. No fees will be charged. Children ages 5-18 are admitted FREE to ALL CONCERTS when accompanied by a ticket holder. Other discounts apply. Please call (860) 824-7126 for details. Sunday afternoon Chamber Music concerts start at 3 pm and last approximately 2 hours, with a 20-minute intermission.