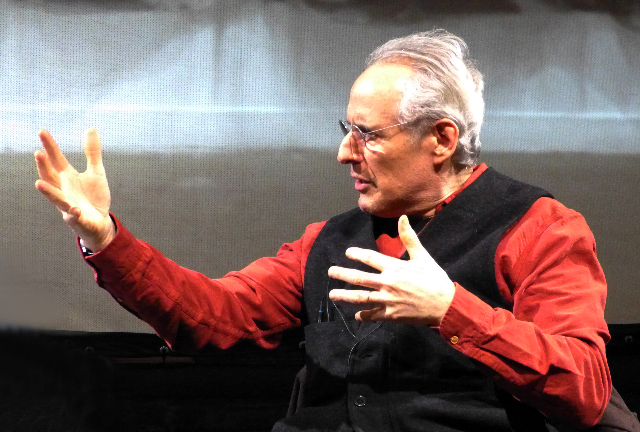 David A. Ross a couple of years ago speaking at MASS MoCA. Giuliano photos. 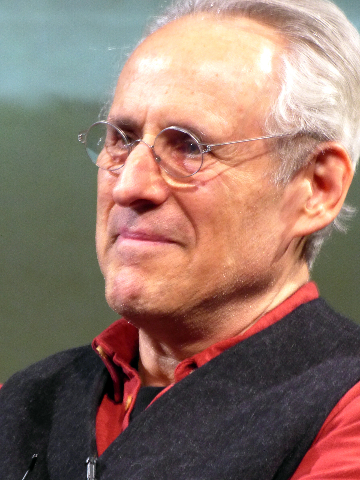 The scales appeared to tip in support of the Berkshire Museum’s plans to sell key works from the collection and gut the building, when Joe Thompson, the widely respected director of MASS MoCA wrote an op-ed piece in the Berkshire Eagle.

To the surprise and dismay of many in the arts community Thompson wrote favorably about the museum director, Van Shields, and radical plans abruptly to end the 114 year tradition of displaying and supporting all aspects of the Berkshires from its natural history to fine arts.

Now, in a Berkshire Fine Arts exclusive, David A. Ross, an equally respected museum professional and visionary has weighed in.

“This is a sad affair. Perhaps the board, if unwilling to raise funds in the way all museums have to, should resign (along with its feckless director). My feeling is it should merge administratively with another educational non-profit in the region, and then begin the process of stabilization. It would be preferable to see the museum close for a few years of re-organization, than to forever destroy the core of its irreplaceable art collection.” Davis A. Ross comment posted to Berkshire Fine Arts.

Ross, who resides in Beacon, New York runs a graduate program at the School of Visual Arts.  His career as a museum director began in Boston (1982-1991) when he put the Institute of Contemporary Art through an extreme and vital makeover. It was then in a position similar to that currently facing the Berkshire Museum.

With a combination of imaginative programming and fiscal austerity he put the ICA back on its feet.