A Good View, but a Dark One in Compelling Drama 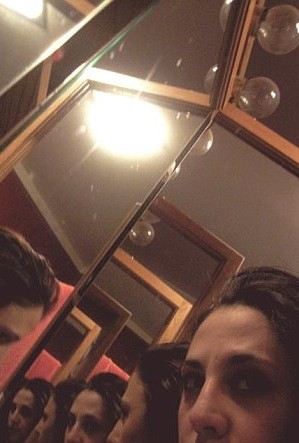 Playwright Edith Freni’s landing page suggests some of her chiaroscuro.

Not a happy alliance between Noah and Monica

Buena Vista does not look like this in Freni’s play. 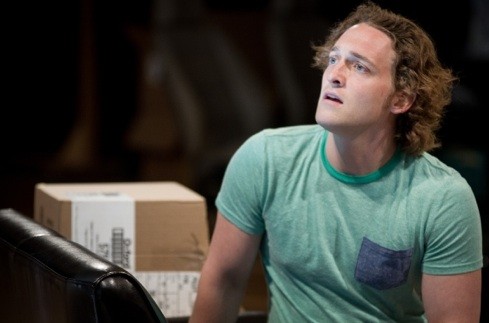 His dream world is at the bottom of the sea 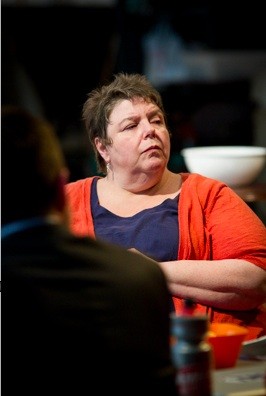 Karen Vaccaro, a blimp whose mass covers a mother from hell

Buena Vista means a good view in Spanish.  In Edith Freni’s play, the view is at first obscured and then downright bad.  A family in need of each other and incapable of providing meaningful support lands up in the small Colorado town. This is no stable in Bethlehem.

Buena Vista neighbors Aspen, but is for more common people.  Lift fees are lower on Monarch Mountain and the King Bolena Mushroom Festival in the summer is free.  When the snows come, you can’t get out.  This play takes place in the dead of winter.

Freni reports that she wrote Buena Vista in a frenetic two days, but the subject matter feels like it has been a roiling brew for a very long time.  An early short story featured a homicidal bear terrorizing a town.  What could a 2004 play ‘Thicker than Water’ be about?

Mother Freddy is reaiized in a brilliant turn by Karen Vaccaro lumbering around like a desperate bear on the prowl. She has been divorced from Tom, the father of their son, for twenty years.  Coming on hard times she moves into his cabin in the Colorado mountains. It is apparently hard enough to get in, but not so hard that Freddie has not bundled up most of her possessions and delivered them.

Their son played by Luigi Sottile, has come from the job of a lifetime supervising an underground biosphere off Key Largo to rethink things.  Sottile is more handsome than his look alike Matthew McConaughey, but as he suffocates, he sinks into oblivion.

Rich Komenich shuffles like a tame bear when he comes to remove Freddy to an icy trailer so Noah can be alone to think.

As time passes Noah's ex-girlfriend from hell, Monica, arrives to dangle him between sexual satisfaction and rejection.  Leah Karpel is appropriately beautiful, lost and mean in this role.

Never are all four characters on the stage together. Only for a moment are there three. Most often, this quartet is played as a duet with the off stage characters drawn in words.

Duet may not be the right word for a playwright who has trained as a competitive boxer.  This experience is about duals, but they are not between partners but rather adversaries.  Taking a punch is an indescribable thrill.  Especially for women, you don’t think you can do it and are at first shocked and then excited by the ritualized physical contact.

On stage Freni gives this effect over the over.  Of course one boxer is a mother, whose sense of self-preservation is greater than her maternal instinct.  She cuts him up.  He seems defenseless and yet she persists.

The father is an aging hippy who has moments of real tenderness for his boy while he punches at him.  He finally abandons any hope of shaping his son’s future.

The boy is still a boy at 30.  A graduate of Yale, he manages an underwater biosphere, having gotten his dream job early on.  Turns out it was also his mother’s dream: Freddy waves an ancient National Geographic to show the precipitating moment.

The ex-girlfriend immediately gets the family treatment from Freddy:  Which one are you? Oh, you can’t be Ann, because she is pretty.  The barbs may be familiar but that makes them particularly sharp in Vaccaro's rendering.

The next to last girlfriend gets humped from the rear on stage by Noah, while she tells him a story he demands to hear.  One has to wonder about her.  But not for long, because she gets a knock out punch in Buena Vista.

In the end the son gets what he wants, which feels odd and disturbs.  He wants his mother, and she nestles him in her lap, perhaps waiting for an avalanche to take them away from all of this.

Freni has been at every important theater including Williamstown.  Her prizes already suggest a mega presence on the stage.  Rough corners in Buena Vista will undoubtedly be ironed out as the production gets worked through.  But at this stage it is mesmerizing theater that rips your guts out, often quietly.  Looking at the set, which is cramped with the detritus of a life unlived is disturbing from the start.  Confrontations with family members that for a moment tease intimacy, and then back off, sometimes as far as they can go, are riveting.  This playwright has perhaps not finished this piece, but she has certainly arrived.  The Steppenwolf First Look production takes advantage of all the emotional and visual moments Freni offers: the cabin setting by William Boles; costumes, Sally Delembo and lighting by Heather Gilbert.

Not an uplifting play, but an insightful one, full of dark humor, captivating images and the drive of a boxing match viewed from the center of a ring.