A Chorus Line at The Weston Playhouse 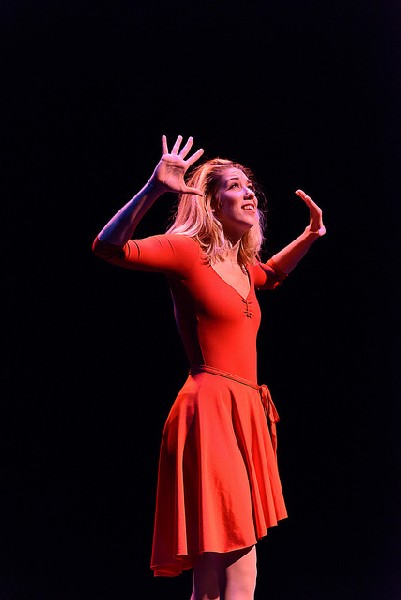 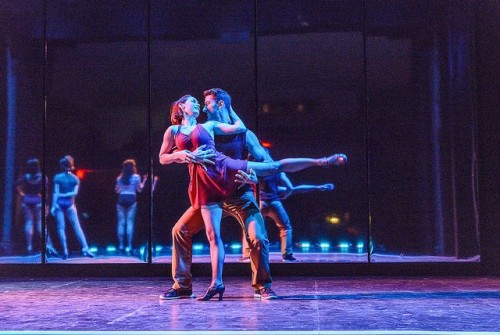 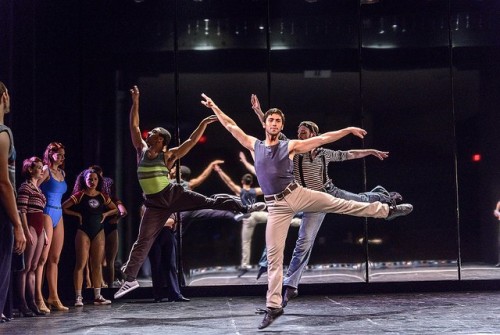 The Cast of A Chorus Line. Photo by Hubert Schriebl

A Chorus Line was an innovative approach to musical theater when first produced in 1975. Not adapted from a book or fable, as was traditional, it was instead created from conversations with groups of Broadway dancers about their lives, work, and passion for dance. The plot, centered around an audition where half the dancers will get work and half be thanked and dismissed, was developed through a series of workshops, with the characters and their stories combined and fictionalized.

At a time when the normal musical theater set was a spectacle in itself, the set for A Chorus Line was a bare stage. On stage seventeen dancers audition for eight places in a chorus line for an unnamed play.

It is still performed the same way today. At the Weston Theater seventeen dancers in rehearsal clothes, on a flat black floor, alternately backed by black duvetyne curtains or full length rehearsal mirrors, learn dance combinations, reveal their pasts and their journey to dance by answering personal questions posed from offstage by the choreographer, sing, and, whenever they get the chance, do what they love—dance.

The Weston’s production is solid and professional with a talented cast. Introduced as a homogeneous group learning dance combinations, each gypsy gradually emerges as an individual through the telling their stories and their often distinctive dance style—an ironic conceit since the very essence of a chorus line is that no one dancer stands out in any way. Their movements must match each other precisely.

Though these dancers can and do create a synchronized chorus line, they are not automatons. Sara Andreas, as Cassie, moves with the grace of ballet, and John Scacchetti, as Mike, delights the audience with a lively tap number. Malik Akil Kimani Victorian’s jazz solo, as Richie, is particularly powerful and exciting.

Some of the plays characters are developed more fully than others, demanding acting of the cast as well as dance. Though some of the acting is too broad in this production, Nikka Graff Lanzarone is a sexy and sophisticated Sheila and Genna-Paige Kanago is a bold and brazen Val. Brandon Rubendall’s Al is both tender and tough, a touching and memorable combination.

The simple prescribed set and lighting doesn’t leave much room for design creativity, but serves to keep the focus on the dancers and the changes are managed cleverly with panels that flip to create new backgrounds instantaneously.

Though the play itself is somewhat dated, its intimate character revelations no longer startling as they were in 1975, the production at The Weston Playhouse is entertaining, interesting, and sometimes touching.