Celebrating the love triangle of Robert and Clara Schumann and Brahms 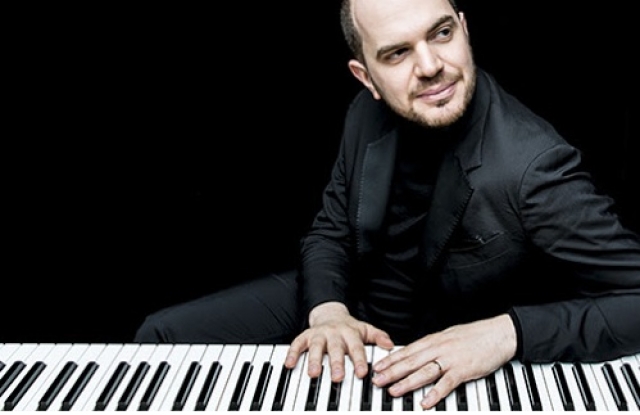 The trials and tribulations of the great Romantic composers have always fascinated the classical music-loving public. From the extramarital wanderings of Richard Wagner to Frederic Chopin's stormy relationship with the lady novelist George Sand, it has provided fodder for intermission conversation over coffee and small overpriced sandwiches. Arguably, the most famous triangle relationship was between three composers: Robert Schumann, Clara Schumann (née Wieck) and Johannes Brahms.

Brahms died a bachelor, and may have carried a torch for Clara until the end of his life. He also owed his huge career break to Schumann, who in his capacity as critic crowned him “a genius” in a review. When Robert died in an insane asylum, it was Brahms who forged Clara, and as she continued her rise as a world-class pianist, he moved to Vienna and began the main phase of his career as one of the great composers and the spiritual heir to Beethoven.

Tuesday night’s Mostly Mozart concert focused on that complex relationship. It opened with a work from Brahms’ fertile thirties, a set of Variations on a theme by Schumann written when Robert was sequestered in an insane asylum following a suicide attempt. Pianist Kirill Gerstein brought eloquence and economy to these supple variations, which invoke the spirit of Beethoven in their arching urns of phrase and yet have the complexity and raw vitality that make them as the work of Brahms.

Next up was Schumann's lone Piano Concerto, a work which owed its fame and exposure to Clara’s tireless concertizing of it on her husbands behalf. It is the least neglected of the composers works for soloist and orchestra, and bridges his talent for original song structures with his highly idiosyncratic approach to orchestration. Performances of it can be awkward and even lumbering, but this, thanks the the skill of Mr. Gerstein and the leadership of Mostly Mozart music director Louis Langrée was neither.

This concerto requires the utmost delicacy (and orchestral virtuosity) for its gifts to be fully appreciated. Mr. Gerstein played with great precision, his cool intellect allowing him to engage the music on technical terms but still impart the right degree of emotional involvement. Schumann, with his passions and eccentricities, is never easy to bring off but here the music sounded natural and comfortable.  The arching, leitmotiv notes in the opening were answered in turn by clarinet, oboe and flute, before Gerstein surged forward to the exposition in a movement that throws out conventional form to create something entirely new. The gentle intermezzo led to a sublime Allegro, with Gerstein skittering madly down the keyboard and Langrée and his players keeping steady pace.

Gerstein took the microphone for a moment and offered the audience a welcome encore. This proved to be the slow movement from Clara Schumann's own piano concerto, a work written when the then Clara Wieck was just fourteen years old. This proved to be more than juvenalia, offering a lovely, sighing duet for the solo piano and the principal cello, underscored by delicately tapped timpani notes from Markus Rhoten. As with last week’s ad hoc performance of the slow movement from the (Robert) Schumann Violin Concerto, this was a strong argument for programming this work in a festival to come.

Brahms did not unleash his Symphony No. 1 until his early forties. He may have written, revised and then burned earlier attempts. Here the work was presented with a smaller-than-usual complement of players but for a Mostly Mozart concert, a relatively large ensemble. The timpani led the work off, with Mr. Rhoten’s dynamic control spurring the first theme forward. Mr. Langrée, conducting without a score, exhorted the players into a taut performance, a journey from a somber introduction into a blazing Allegro and consoling themes that are, for lack of an immediately better word, pure Brahms.

The inner movements of this work are profound, with Brahms’ masterful orchestration providing great vaults of sound for the listener to walk through gazing in awe. The slow movement had a soulful, spiritual quality while the nimble dance movement looked past Beethoven and to Haydn for its structural model. The finale, supplanted by five horns, trombones and trumpet built to a moving hymn-like theme, a statement of personal and artistic purpose every bit as profound as Beethoven's. Brahms is not quite so histrionic, but achieves his own sense of satisfaction, identity and ultimately, emotional playoff in the dense, repeated final chords.  (Reprinted courtesy of Superconductor)