The Presence of the Past 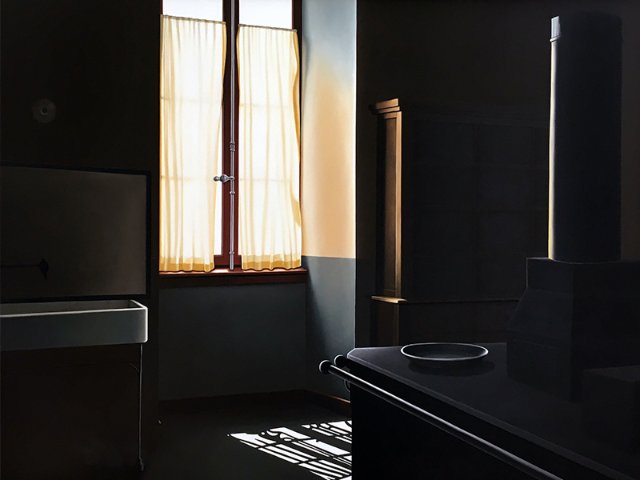 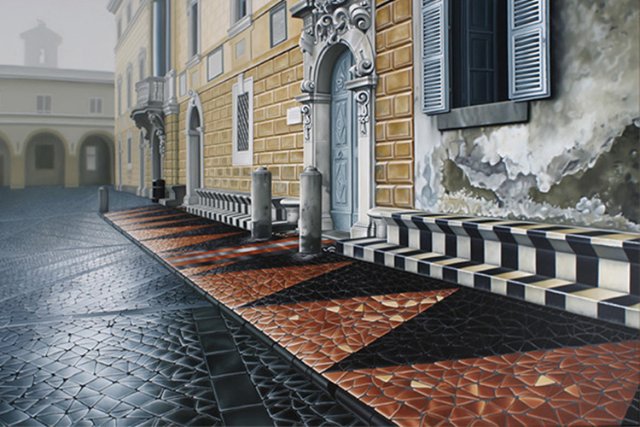 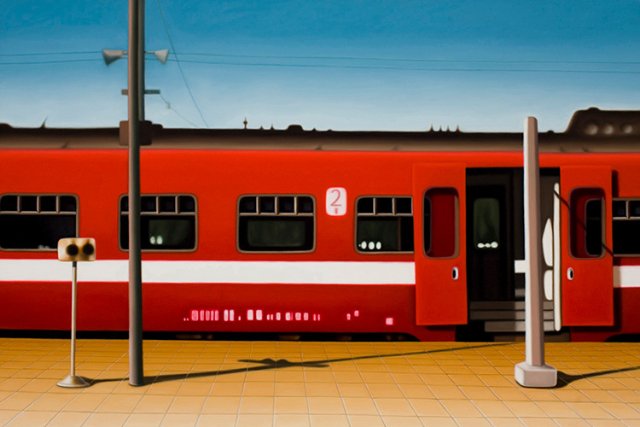 Pennie Brantley’s oil paintings will be on display from September 1 through 29 at Real Eyes Gallery, 71 Park Street, Adams MA 01220. The gallery will be open on Fridays, Saturdays, and Sundays from noon till 7pm. Individual appointments can also be made to view the works at other times by contacting the gallery at 917-440-2400 and speaking with William Riley, owner of Real Eyes Gallery. Additionally the exhibit can also be viewed at realeyesgallery.com

Real Eyes Gallery had planned to exhibit this show last year and Riley did not want to let the pandemic keep Brantley’s work from Real Eyes Gallery and the region. “I was drawn into the works, they sort of hypnotize the viewer with the realism, the familiar that is not, the known that is new. Pennie’s works show you your world as it is/was/will be”.

Originally from Missouri, Pennie has traveled the globe, creating and exhibiting work in museums, art centers, and galleries nationally and abroad for four decades. Today she calls the Taconic Mountains of New York home where she lives and works with her artist husband, Robert Morgan. Frequent travel and international explorations which form the basis of her work, allow the artist to offer homage to the people-made world and their constructions, linking psychological states, connecting the past to the present.

Brantley brings a wealth of experience and knowledge gleaned from her studies at Kansas City Art Institute, Ontario College of Art, and the University of Texas. She has worked as a graphic designer, illustrator, gallery director, and philosophy tutor. Pennie has been honored by the National Association of Women Artists NYC while her work has gleaned honors from New York Foundation for the Arts (NYFA) and the Leibowitz Award. Brantley’s work was featured in educational traveling exhibitions titled Important Missouri Women Artists sponsored by the Evansville Museum of Art in Indiana and a University of Missouri survey.

The art communities of Boston and St Louis benefited from her help improving the conditions and opportunities for artists. Most notable was organizing Boston’s ARTcetera ’98, a charity auction an exhibition of 362 artists, raising $600,000 for AIDS patients.

Berkshire Fine Arts publisher/former ARTnews critic Charles Giuliano described her art as “powerful and lush.” Boston Globe’s Cate McQuaid referred to Pennie’s paintings as having “a mythic quality, as if …beckoning us from the light into the darkness of our psyches.” In artsMEDIA magazine, Christopher Millis defined her art as “an intensely personal, highly developed vision of the nature of our constructed world…sharply hopeful…with a sense of movement while all is still, a sense of the infinite within a confined space.”

Her work has most recently been shown at the Barrett Art Center in Poughkeepsie. Her work has been selected for important exhibitions by distinguished curators, including Director of the Guggenheim, Richard Armstrong; Director of the Andy Warhol Museum, Eric Shiner; and Director of Curatorial Affairs of the Frick Museum, Sarah Hall. Among these are the prestigious Hyde Collection Museum, Boston Center for the Arts, National Arts Club in NYC, Paul Robeson Cultural Center at Penn State University, and the Nelson-Atkins Museum of Art in Kansas City.  She is also represented in numerous exhibition catalogs, has been interviewed for educational television, and featured at length in a documentary on Boston artists.

Perhaps ironically, my attraction to painting unpeopled structures, especially from travels to other cultures, is inspired by a keen awareness of those who have lived in or made them -- or simply the march of humanity past them sometimes over centuries.  The images that stir my need to paint them have made me more intensely aware of the connectedness people share.

They contain evidence of a lineage of humans we can no longer see physically, but who have left an imprint and residual spirit in the world that they, too, occupied.

Enchanted with the seemingly timeless structures that I’ve seen in travels and at home, I feel compelled to share them.  Most of these places were there well before us and will likely still be here when we are gone.

But as I am painting, it dawns on me WHY I am drawn to them beyond their physical presence.  They exude their own tales of the lives they’ve witnessed.  Real people left their imprints.  Like us, they were born, struggled to create a life, lived, loved, had sorrow and joy, and died.  We know so little of them, as we all project so little of our true selves to the world.

We are all on a spiritual journey whether we consciously mean to be or not.  Perhaps an important key to enlightenment is the appreciation of the quest of others, no matter their time and place.