Nostalgic Journey Back to the 1930s 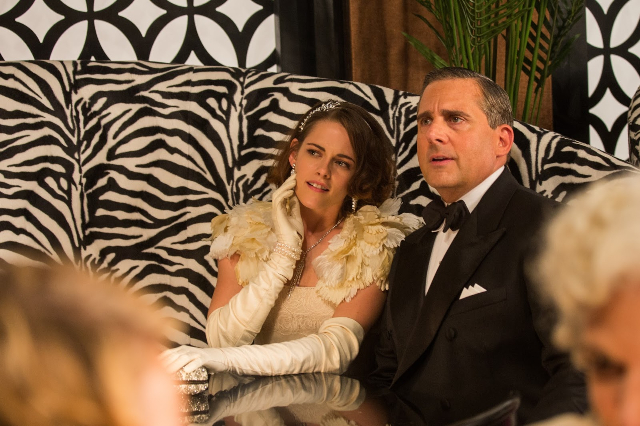 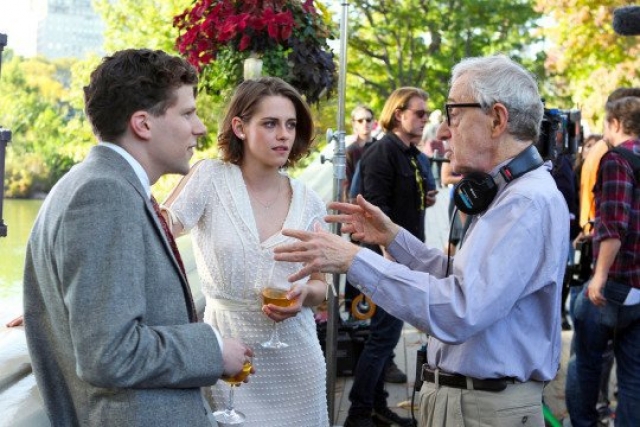 In a full disclosure confession up front, I have been a fan of Allen Konigsberg, aka Woody Allen, since I saw him perform standup comedy routines in clubs in Chicago, and of course, on TV.

When he moved from standup to TV and film writing, to acting, and directing in the late 60s and 70s, I rarely missed a live comedy gig or a film he was connected with. For me, Woody is the quintessential New York comedy writer/performer and the standard bearer of East Coast humor. He has, let us say, always had a thorny relationship with LA, and West Coast culture, which he claimed never suited his lifestyle. He even passed up accepting one of his three writing/director Oscars at ceremonies held in Hollywood years ago. As an embedded New York playwright Allen, however, had to share the comedy crown with the King of comedy playwriting and movies, the nonpareil Neil Simon, eight years his senior.

Simon was more of a traditional linear writer who turned his life story into countless award-winning plays and movies. Allen was the newbie champion of the nebbish, nerdy, Jewish social misfit of the counter-culture 60s and 70s. His writing was fresh, funny, and resonated big time with a younger society who was enjoying the benefits of the sexual revolution and the freedom to explore every aspect of American life to its fullest.

“Café Society” written and directed by Allen, once again, takes us on a nostalgic journey backward in time to the 1930s. Gorgeously photographed by Academy Award- winning cinematographer Vittorio Storaro who makes the New York romantic sequences a picture-perfect post card truly ‘made for a boy and a girl’, as the lyrics say in Lorenz Hart and Richard Rodgers’ iconic song tribute to the Big Apple in “I’ll Take Manhattan”.

Although the movie is stacked with solid actors and solid performances along with trenchant Allen dialogue, dripping in self-deprecating zingers, some of which still have the bite of the Woody of old, just seem to be firing on just seven cylinders instead of the traditional eight. When Allen places his story in Europe, for example, the languid pace works, as in “Midnight in Paris” and “To Rome with Lo. But once back in the hustle and bustle of New York and L.A. the film slows down.

\Allen is a sucker for romantic love stories. In “Café Society”, there are so many echoes of past Allen films: ‘Hannah and Her Sisters’, “To Rome with Love”, “Vicky Cristina Barcelona”, the highly popular and successful “Midnight in Paris”, and now “Café Society”. Allen, at 80, is still relevant when he goes back in time to give us characters with which we can identify.

The story in short, revolves around a young New Yorker, (think Woody Allen in his mid -20’s) Bobby Dorfman, terrifically played by Jesse Eisenberg, Eisenberg has steadily grown as an actor since his “Social Network” days. Now he’s more confident and sure of himself as an actor. And he shines as Bobby, who is tired of working in his father’s Jewelry business and moves to Hollywood in the 1930’s to work for his uncle Phil (Steve Carell) a powerful and well-connected movie agent. He soon falls for Phil’s secretary Vonnie (Kristen Stewart), unaware that she is secretly having an affair with his uncle. Stewart and Eisenberg have worked together in three previous films and their on-screen chemistry is spot-on. Stewart’s ambition and vulnerability as Vonnie, are two character flaws that drive her performance making her interesting to watch on screen. Gone, thankfully, are her “Twilight” saga days.

Steve Carell keeps widening his range in the roles he tackles. His conflicted movie super-agent husband is a case study of infidelity in a middle-age man of power who feels his mortality and seeks to become younger by having a much younger woman as his partner – but not without the guilt pangs of leaving his wife and children in its wake. It’s a finely judged performance.

In time, a disillusioned Bobby returns home to New York to run a nightclub for his gangster brother Ben (Corey Stoll), where he meets and marries a beautiful divorcee Veronica (Blake Lively). Lively is a real stunner and captures the essence of the Hollywood of the 30’s. Despite her beauty and connections in Hollywood, she chooses Bobby to settle down with and raise a family. All is going well with Bobby and Veronika, until one evening when Phil and Vonnie walk into the now successful nightclub (echoes of “Casablanca”, an Allen film fave).

No one knows the New York milieu like Allen except, maybe for Martin Scorsese, when it comes to making movies about it. “Café Society” is vintage Allen replete with a team of technically gifted artists like production designer Santo Loquasto, and costume designer Suzy Benzinger.   However, a note to Allen is in order; At 80 years of age, the narrator’s voice either needs a shot of adrenaline before recording or hire a New York-raised voice-over actor to set the tone for one of the eight million stories in Allen’s ‘Naked City’.

“Café Society” is now playing on screens across the country.