All Quiet on the Western Front in Chicago

At the Red Tape Theatre 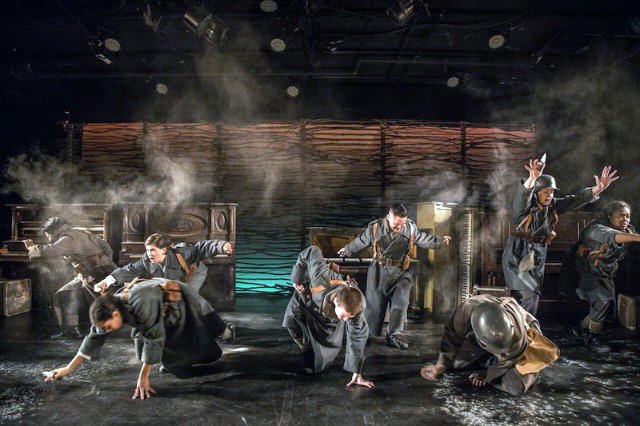 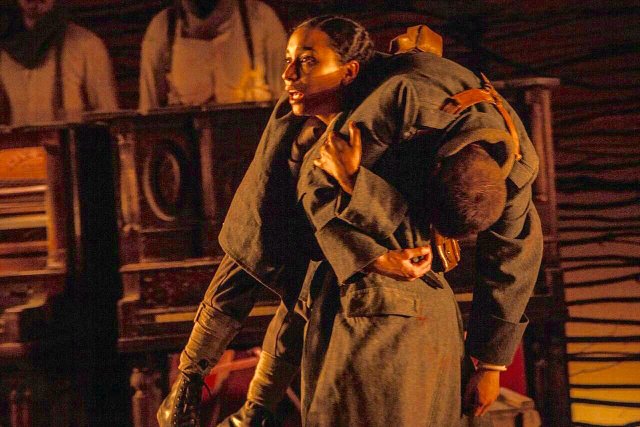 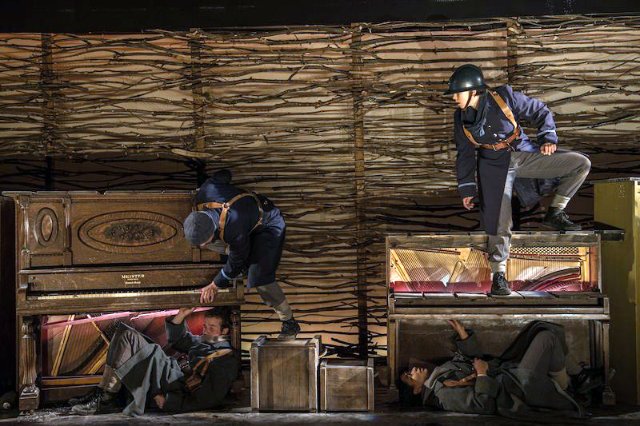 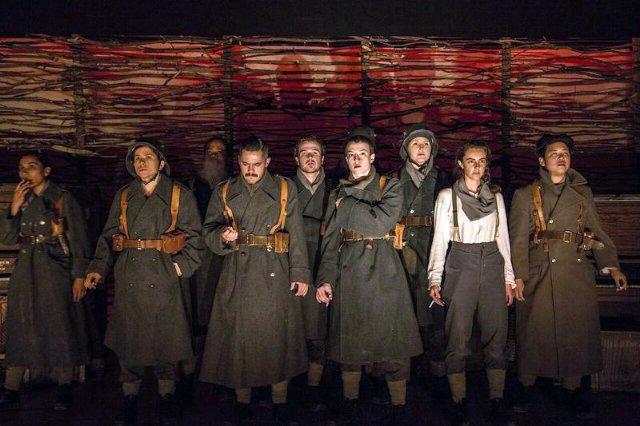 The story and imagery of All Quiet on the Western Front are very familiar to me. I’ve seen the 1930 film several times and read the Erich Maria Remarque novel from which it was adapted at least twice. (Although I have somehow lost my copy.)

Thus I suppose that Red Tape Theatre and their producing partner, the Greenhouse Theater Center, had that hurdle to overcome for me as the play began. My mind was filled with images from the grim story of German soldiers’ misery in battle and behind the lines during the First World War. (That was the war some optimist called “the war to end all wars.”)

I’m happy to say that the direction, performances and creative staging of this production are fully up to the standards demanded by this 90-year-old iconic work of art. Matt Foss adapted the script and directs with care and precision. Women, men, people of color and disability fill the roles meaningfully and skillfully.

The story is presented entirely in the German war zone, on the front lines and behind the lines. As the play opens, explosions pound in the distance and get closer—and we see the troops’ first fight with the enemy choreographed and punctuated with chalk powder explosions—red ones signifying injury. One soldier is injured and carried off as the scene switches to the mess tent where soldiers impatiently wait for the cook to bring dinner.

Paul Baumer (Elena Victoria Feliz) , a private and admired member of the company, serves as narrator, telling us about his comrades, sometimes seeming out of time or looking back from the future. The always resourceful Kat (Caitlin Ewald), is the de facto leader of the company. Lt. Bertink (Ian Maryfield) is a strong and respected figure as commanding officer.

The soldiers are in their teens or early 20s. They sometimes talk about their schoolmaster and their days together in school, before they were recruited to fight for the fatherland. (Those schoolroom scenes are part of the book and the film.) When we meet them, the war has been going on for two years and their Second Company is greatly depleted. Through the course of the play, we live with the boys through various battle scenes as their numbers become more depleted and their spirits sag. We forget they are the enemies of the allied powers (the U.S., England and France) because they are just boys, doing what their government demanded of them.

Other scenes take place in the hospital where soldiers go to see their injured mates and later are hospitalized with their own injuries. (Colin Morgan, the soldier Muller, also plays a surgeon with a creatively choreographed approach to his practice.) They get mail from home (or don’t) and do everything they can to find more food. In wartime, hunger is the norm—for soldiers and for civilians. In one scene, three of the Germans (Paul, Kat and Kropp, played by Collin Quinn Rice) get acquainted with three French girls, bring them food from their small rations, and spend the evening at the girls’ cottage. When they’re sent to the front, the simulated battle scenes are perfectly choreographed to music and powder explosions.

Obviously a story like this can’t have a pleasant ending. As Paul comments at one point, this is “a generation who, even though they may have escaped its shells, were destroyed by war.”

And later, before yet another attack, Paul says, “It is not against those charging at us that we fight, but death itself. We can now see death coming to hunt us down and for the first time, after three days of shelling we can oppose it.… We transform into animals. We do not prepare to fight, but to defend ourselves against annihilation.”

The set of All Quiet on the Western Front is imaginatively designed by Nicholas James Schwartz. I was puzzled when I walked in to the theater and saw five pianos lined up across the back of the stage—one of them standing on end. Those pianos and other random pieces of furniture serve as hills and barricades over which the troops climb during battle. Sometimes piano keys are struck in emotion, but not in music. Lighting design is by Stephen Sakowski of the University of Toledo.

During battle scenes, music and the powder chalk explosions are graphic symbols of violence. Before and throughout the play, protest and anti-war songs like Bob Dylan’s “Masters of War” and Buffalo Springfield’s “For What It’s Worth (Stop, Hey, What’s That Sound, Everybody Look What’s Going Down)” make the already relevant war story more meaningful. Dan Poppen handles sound design. Costume design by Rachel Sypniewski was supported by some costume elements from the University of Toledo costume shop.

Matt Foss’ adaptation of All Quiet on the Western Front, from Remarque’s 1929 novel, was done in conjunction with New York University and the estate of the author. Foss adapted and directed Oracle Theatre’s memorable production of Upton Sinclair’s The Jungle in 2014. A veteran Chicago theater director, he teaches at the University of Toledo, where the play was developed and staged in 2018.

This staging of All Quiet on the Western Front is an example of the theatrical trend of using choreography and movement direction in dramas. Kudos to Leah Urzendowski for her choreography and movement direction, which adds a tough rock and roll dimension to the battle scenes. I was reminded of the visually compelling production of Shakespeare’s The Tragedy of Julius Caesar that I saw in March at Theatre for a New Audience in Brooklyn. Shana Cooper’s direction was enhanced by similarly choreographic battle scenes.

All Quiet on the Western Front by Red Tape Theatre continues through September 14 at the Greenhouse Theater Center, 2257 N. Lincoln Ave. Tickets are free but you should make a reservation for performances Friday, Saturday and Monday at 7:30pm and Sunday at 2:30pm. Running time is 110 minutes with no intermission.