A Twofer at Berkshire Theatre Group 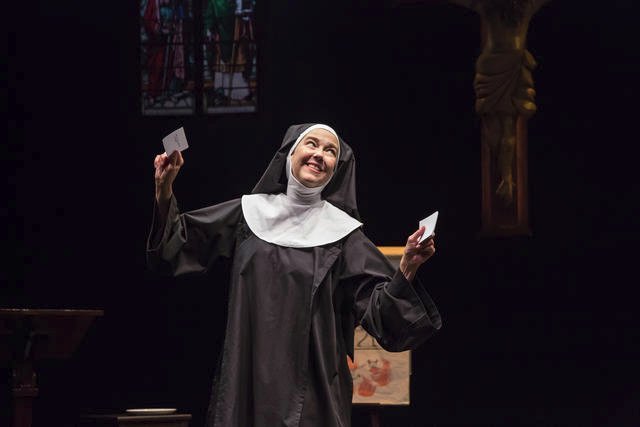 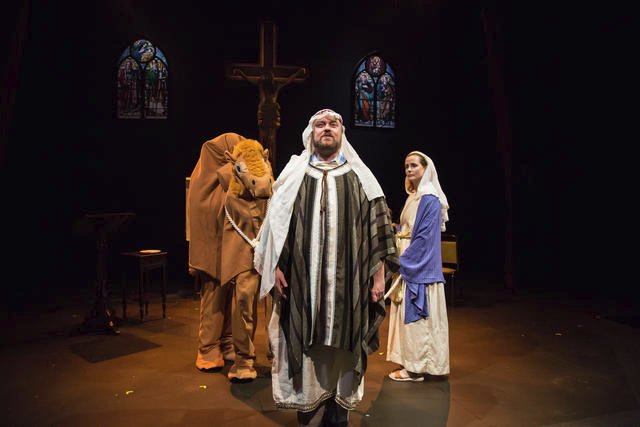 Tom Story and Anna O'Donoghue in "Sister Mary Ignatius Explains It All For You. 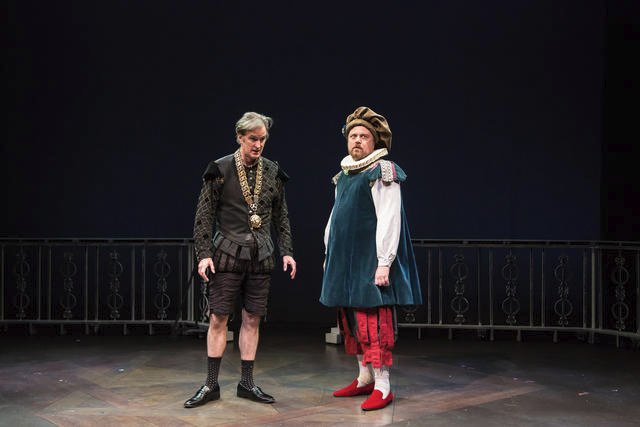 Matt Sullivan and Tom Story in "The Actor's Nightmare,

Knowing this helps prepare the audience for these two one-act plays which are often paired.

The BTG’s production, smartly directed by Matthew Penn (who learned his directing chops early on at BTG, has directed over 200, hour-long tv shows) starts with The Actor’s Nightmare.

Matt Sullivan gives a bravado performance as George Spelvin, an accountant who finds himself on stage about to go on in a play he doesn’t know.  On top of that, he is replacing Edwin Booth, a renowned actor, and acting opposite other sterling stars like Sarah Siddons, Dame Ellen Terry, and Sir Henry Irving.

Nothing could be worse, from an actor’s perspective. Though he is thrown cues repeatedly, it doesn’t help his predicament, and only worsens it.

Harriet Harris, as Amanda in Private Lives,  is particularly hilarious in offering as many tones as one can, in her cue of “How was China?”  This Tony-award winning actress (for Thoroughly Modern Millie), has been charming audiences for years, and was hilarious in Arsenic and Old Lace last season at BTG.

As George Spelvin unravels, Tom Story as Irving, playing Shakespeare’s Horatio and later Bolt’s executioner, is superb. As this actor’s nightmare continues to its final conclusion, the audience feels his predicament while enjoying the clever lines.

This play is often paired with Sister Mary Ignatius Explains It All For You, at Durang’s direction.  Sister Mary is a longer one-act play, a darker comedy, reflects Durang’s Catholic education and experience of  nuns.

The set-up is simple: Sister Mary Ignatius is teaching the basic tenets of the Catholic faith, along with the help of her seven year old student, Thomas.

Her lecture is interrupted by a visit from four of her past students, who put on a play of the birth of Jesus for her.

As this evolves, and ends, it becomes clear that these ex-students are angry at Sister Mary for rigid teachings and beliefs which have failed them all in various ways.

Harriet Harris, as Sister Mary, inhabits the role completely, with rolling eyes, constant smile and clear depictions of heaven, hell, purgatory and limbo.  Her comedic talents and timing are superb, and as she crosses over to the extremes this play demands, she remains believable and scary.

Tom Story as Gary Sullivan, the gay man, is excellent as he describes pain of being excluded from redemption.  Matt Sullivan brings great humor to the sadistic habit of Sister Mary not allowing him bathroom privileges. Anna O’Donoghue was clear in her loss of faith, describing her mother’s illness and her rape.

Levi Hall, as her perfect seven year old student, sadly, was hard to understand in recitals of catechism.  (I later learned he had lost his two front teeth since being cast.)

The shift to extreme anger and desperation from the initial hilarity is stunning. In 1980, when Sister Mary was first produced, there were many objections from groups around the world, and not just Catholic ones.

The play was (and still is) considered offensive to many as an attack on a religion, made to look like a dogma that is only controlling for its own purposes.  The shift from comedy, to disappointment and abandonment, to extremism rings true for many in today’s world.

Sister Mary makes us think about not just religion, but faith, acceptance, redemption and compassion. All this occurs during just an hour of excellent performances.