Anne of Green Gables at Goodspeed

A Work in Progress 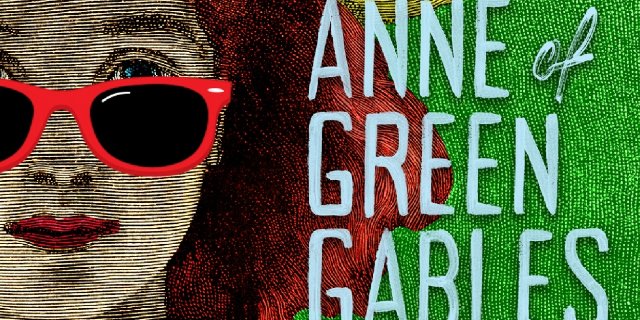 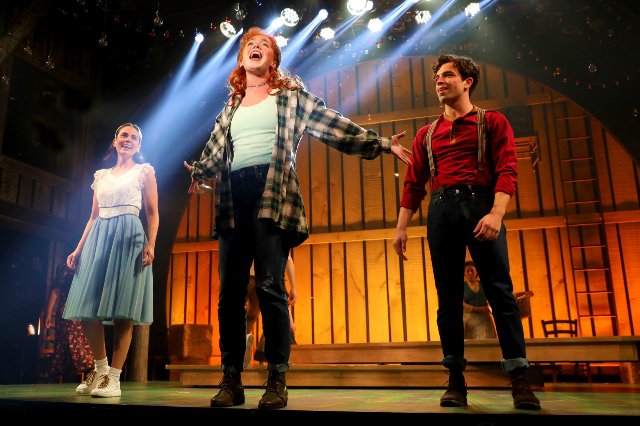 Another red-headed, spunky orphan girl is on stage at Goodspeed now. The theater that originated Annie is now hosting the world premiere of Anne of Green Gables, through Sunday, Sept. 4.

Audience members attending Goodspeed’s Anne of Green Gables will fall into two categories: those who know either the books or one of the TV productions OR those who have minimal familiarity with the material.

Those who have read (and loved) the books will have created their own pictures of what the characters look like, sound like and their personalities. Viewers of one of the TV productions (apparently the PBS series was very good) may be influenced by the performers they saw and their reactions to them. Some colleagues who are in the former category said the show is quite faithful to the original work.

For those unfamiliar, it is more of a clean slate.

I fall into the unfamiliar category. I was aware of the books and shows and their popularity. One of my granddaughter’s friends is named Avonlea.

To be sure, this is not the first musical version of the material, but this one combines the early 20th century time period with more modern music and choreography. Does it work?

I’m not convinced that it truly does. The approach reminded me of the very successful Spring Awakening that took an 1890s play and set it to modern music, I felt that the subject matter of that play (teens awakening to the world and their sexual desires in a repressive German town) worked well with the modern sound. (Paradoxically in author Matte O’Brien’s notes he acknowledges this but implies that Awakening “betrayed” the original work)

The story is set on Prince Edward Island, part of Canada’s Maritime Provinces. It is rural, made up of mostly small towns where farming and agriculture are the sources of income

If Annie is a streetwise, New York City orphan, Anne (she emphatically wants the “e” at the end of her name) is an older early teen. She arrives in Avonlea, from an orphanage to help Matthew and Marilla Cuthbert. These aging, unmarried brother and sister had asked for a boy, so each is surprised when Anne turns up. Marilla is convinced that Anne needs to be sent back while Matthew wants to give her a chance. It is interesting that we never see her do any real work on the farm.

She is a typical early teen in many ways – overly dramatic, with a stubborn streak and very sure of herself. She speaks her mind. She tells Marilla that she doesn’t like her name; when Marilla refuses to call her by another name, she adamantly demands that it be spelled “Anne.”

The show covers multiple years – from Anne’s arrival to her high school years and ends with her returning to Avonlea following college. In some cases, the multiple characters never rise above stereotypes and in other cases characteristics of a character change dramatically without any reason. An example is Diana, who becomes Anne’s best friend. In act one, she is portrayed as someone who is “simple” or intellectually “slow.” By act two she is competing for a college scholarship! In addition, the creative team has added a strong hint of a lesbian attraction between Anne and Diane.

These inconsistencies can add up.

Does anything unexpected happen? Not really. Marilla slows warms to Anne; the noisy neighbor (Rachel) becomes her biggest fan, and Gilbert the apparently stuck-up fellow student reveals a good heart and a true devotion to Anne.

Overall, the performances are good. Juliette Redden as Anne has a strong voice and a winning personality. What is best is this Anne is a great role model – she’s creative, strong-minded, determined, optimistic and cheerful. If she has any doubts, they are well hidden. Though we do know she is seeking a family and acceptance.

In addition to Redden, two standouts in the cast were D. C. Anderson as Matthew and Michelle Veintimilla as Diana, Anne’s best friend. In Anderson’s interpretation, there’s a quiet warmth while I also felt an underlying sadness or regret for what his life became. Diana also projects sadness as she recognizes she doesn’t have Anne’s strength to defy convention. Also excellent were Sharon Catherine Brown as the sister Marilla with a sternness that you know will eventually melt and Aurelia Williams as Rachel, the nosy neighbor.

The score by Mattie O’Brien (book and lyrics) and Matt Vinson (music) combines several modern genres. It is pleasant to listen to but not particularly memorable. It doesn’t help that the program does not list all the reprises of this partly sung-through musical. Perhaps on a second or third hearing, it would become more familiar. One of my favorites was “Matthew’s Song.” While “Make a Move” is a rousing second act number by Rachel, it seems odd that this secondary character has such a major song and is an R ‘n B song.

Then we come to director Jenn Thompson, whose work I have often liked, and choreographer Jennifer Jancuska. Here’s where I have the most questions. At times the choreography is unfocused. You wonder why it is there. Why is there this modern choreography by the ensemble during a solo? It seems to be random.

Thompson and her production team have created a set (by Wilson Chin) that ignores the lush green of PEI in favor of wood-toned, barnlike background. The costumes by Tracy Christenson combine various periods but again don’t seem to fit the location and appear random. And why are wooden chairs featured so prominently? At one point I was amazed to find a chair hanging from the back set and a performer sitting in it!

Any new show undergoes growing pains. The Annie that opened at Goodspeed was not the same show that took Broadway by storm. Similarly, Anne of Green Gables needs rethinking and changing. It is a continuing process.