Insider's Debate Gives Pleasure to All 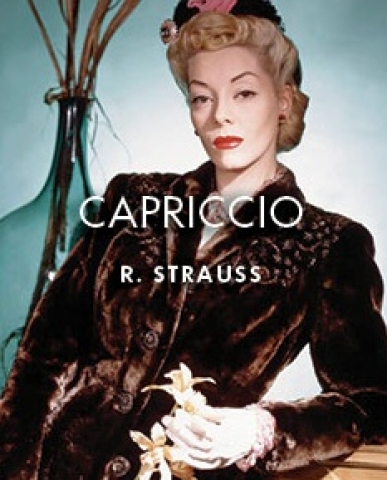 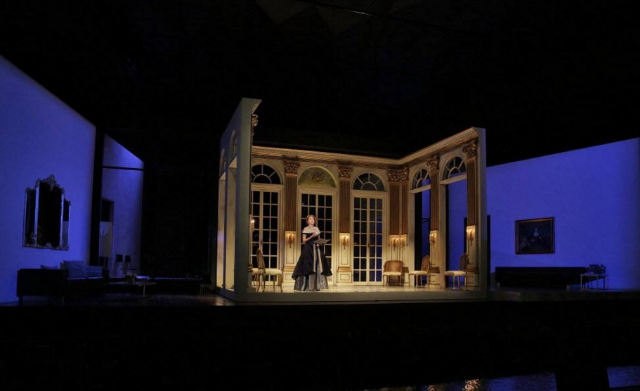 The Countess' home in Santa Fe 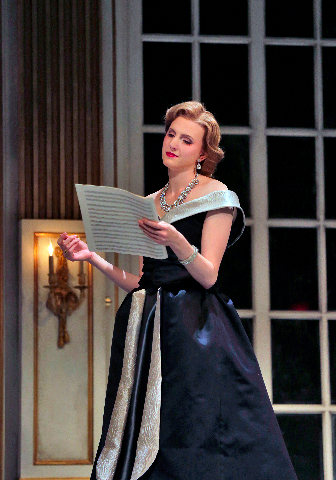 Amanda Majeski is the Countess 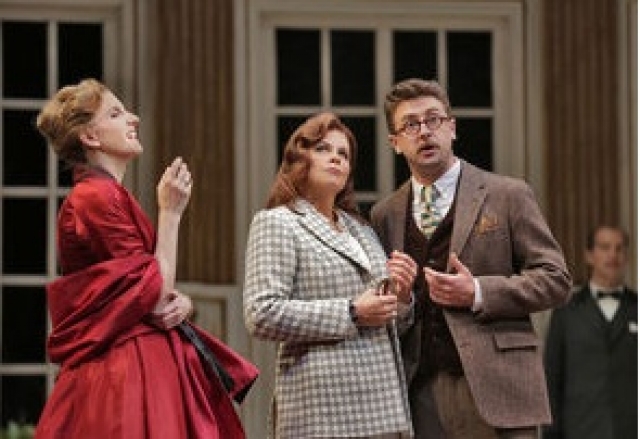 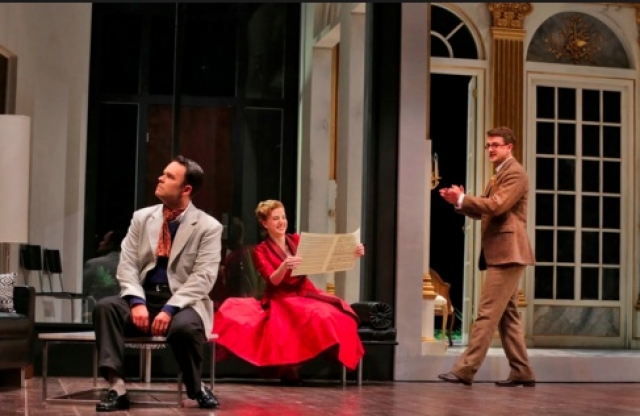 The Countess listens to the Composer make his case as the poet listens.

In many ways Capriccio is an opera insider’s pleasure, yet all opera goers will get caught up in the beauty of its music and performance. The Countess will not choose between words and music, because if she does, the opera that is about to unfold, cannot happen.  Capriccio is one opera nested in another.

The Santa Fe production, in collaboration with Garsington Opera at Wormsley, is delightful. Amanda Majeski, a soprano on a rapid rise to the top, trained at the Ryan Center of the Lyric Opera of Chicago, and has moved up the opera ranks in her home state.

Here she captures the Countess’s spirit and dilemma in a love quandary: Who to choose, a composer or a poet.? The men are pitted against each other. Her choice reflects both the man and occupation. It successfully forms the arc of the dialogue.

Majeski floats notes at the top of her range, and has a luscious tone. Her final aria  is one of Strauss’ loveliest tributes to  song. Majeski honors the composer as she delivers the goods.

Ben Bliss is the human embodiment of music, and bears a mustache resembling the young Strauss along with  spectacles. Warming up, Bliss’ tenor is lyric. In and of itself the voice makes the case for music with beautifully shaped phrases.

A Jean Arp-like modern painting is replaced by an 18th century classic portrait with a distinguished dog in the entranceway to the Countess’ salon.  Elegance will be championed over modernity.

Luxury casting finds a radiant Susan Graham singing Clairon, a talented actress tied to a no- so-talented but very amusing Count whose lack of talent drives her around the bend.. Here we have a flamboyant Graham as a cross between Katherine Hepburn and Lauren Bacall, in wide pants and a jacket and also wearing good humor.

Tim Albery directs for the opera’s high spirits. Embodying the composer’s dilemma in two characters has always helped dramatize the debate. Strauss himself comes perilously close to giving us legitimate theatre before siding with the song. David Goversten as the impresario Max Reinhardt, Strauss’ good friend, sings a beautiful paean to the theatre.

Under Leo Hussain the Santa Fe Orchestra played with spunk from the sublime sextet that opens the opera on to the glorious harmonic textures that we associate most closely with Strauss. The principal horn gave a particular moving performance to evoke moonlight.

Capriccio may not be as apolitical as it seems on the surface. In the Countess’ discussion of Rameau and Couperin’s music, a case is made for the humanism of art and art as salvation. The Santa Fe Opera makes the case beautifully.