Kenny Rogers at the Colonial Sept. 27

The Gambler To Serende Berkshire Fans 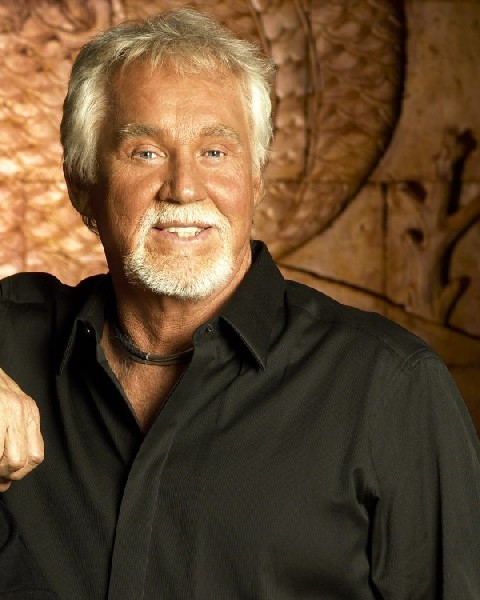 Country star Kenny Rogers is headed for the Berkshires.

Kenny Rogers will serenade audiences with country classics and contemporaries at The Colonial Theatre on September 27 at 8pm.

Tickets to Kenny Rogers are $50-$125. Contact the Colonial Ticket Office at 111 South Street, Pittsfield by calling 413-997-4444 or the Stockbridge Campus Ticket Office at 83 East Main Street, by calling 413-298-5576. Tickets can also be bought online at www.berkshiretheatregroup.org. Ticket Offices are open Monday-Friday 10am-5pm, Saturdays 10am-2pm or on any performance day from 10am until curtain. All plays, schedules, casting and prices are subject to change.

Known for instantly identifiable, sweet, raspy vocals and an extraordinary ability to vividly inhabit each song he performs, Rogers has sold more than 120 million records worldwide and recorded more than 65 albums during his storied 52 years in show business. His long list of timeless classics includes an impressive 24 #1 hits: "The Gambler," "Lady," "Lucille," "She Believes in Me," "Islands in the Stream," and "We've Got Tonight" among them. Rogers' Greatest Hits album has sold over 24 million copies worldwide to date. He is the Recording Industry Association of America's eighth best selling male artist of all time with one Diamond album, 19 Platinum albums and 31 Gold albums.

For over five decades, the gifted singer, songwriter, musician, producer, actor, photographer and entertainer has delivered memorable songs, drawing fans from many different backgrounds. "I really, really love what I'm doing," Rogers says. "People survive longer if they love what they're doing. Because you just don't quit."

Rogers is one of very few artists who have enjoyed successful careers in such a variety of genres – jazz, folk, rock, country and pop.  Houston-born Rogers formed his first band while in high school in the mid 50's – a doo wop and rockabilly group called the Scholars – and has never quit making music.  He performed as solo artist Kenneth Rogers onAmerican Bandstand, played stand-up bass in the jazz group the Bobby Doyle Three, and later became a member of the popular folk group, The New Christy Minstrels.  The spotlight started focusing on Rogers when his group, the First Edition, scored their first hit, "Just Dropped In (To See What Condition My Condition Was In),” which was followed by the pop and country chart success of "Ruby, Don't Take Your Love To Town.”

Rogers' solo career shot into the stratosphere with the #1 hit, "Lucille," which won a Grammy Award and became the Academy of Country Music Song and Single of the Year and the Country Music Association's Single of the Year.  "Daytime Friends," "Sweet Music Man," and "Love Or Something Like It" continued his run of success. Then came "The Gambler," a story song so vivid it not only delighted country and pop fans, it also became a TV movie, starring Rogers himself in the title role. The movie spawned four follow-ups, making it the longest running miniseries franchise on television. The fiveGambler mini-series have attracted over 100 million viewers nationwide and launched a second career for Rogers as an actor on television and movies.

Rogers consistently finds songs with universal appeal. Throughout the course of his career, he has attracted fans with an incredible range of music from country to soul to pop. "I've never considered myself a great singer, but I am a great storyteller," Rogers told Billboard Magazine, also noting that he feels his strength as an artist is in finding great songs. In the 1980s, Rogers' romantic country hits "Through The Years," "She Believes In Me," "You Decorated My Life," and "Lady" — the biggest song of his career — quickly became classics. "There are a lot of songs that may have initial success but don't linger the period of time those songs have," Rogers says. "They do take a different value in your heart when they have that kind of staying power that represents your success and represents a feeling and a thought. A song like that becomes a part of your soul."

In 1999, after forming his own record company, Dreamcatcher Entertainment, Rogers returned to the charts in a big way with the hit, "The Greatest," and when the follow-up, "Buy Me A Rose," hit #1 in 2000, Rogers, at age 61, became the oldest artist in chart history to have a #1 solo record on the country chart, proving his talent was just as vibrant and meaningful as it was when he first started out. That same year, the Recording Industry Association of America awarded Kenny the prestigious Diamond Award celebrating sales of more than ten million albums for his Greatest Hits album (sales to date have exceeded 24 million).

With his unique storytelling ability and soulful voice, Kenny has continued his amazing run into the 21st century with a critically acclaimed album (Water and Bridges) and hit single, "I Can't Unlove You," a gold certified record (21 Number Ones), and now, the sweetly timeless The Love of God, released to rave reviews in 2011.  Kenny is currently working on a new studio album for Warner Bros. Records with award-winning producer Dann Huff.  Kenny's autobiography, Luck Or Something Like It – A Memoir, will be released by HarperCollins on October 2, 2012.  Kenny's relevance in the world of music and pop culture has never been stronger.