Knights Orchestra Returns to the Clark 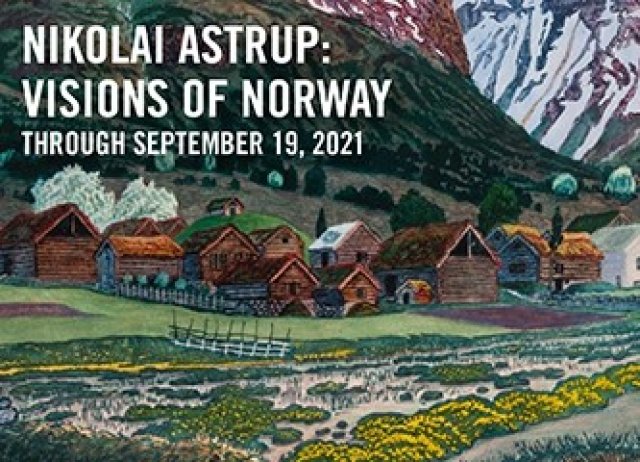 On Saturday, September 4, at 4 pm, the renowned Knights Orchestra returns to the Clark as part of its programming to highlight Norwegian culture in celebration of its Nikolai Astrup: Visions of Norway exhibition. A joyous celebration of nature and Norway, this free outdoor concert on the Clark’s Fernández Terrace features a new arrange­ment by Colin Jacobsen of traditional Norwegian folk music as well as Edvard Grieg’s “Holberg Suite, Op. 4,” Anna Clyne’s “Within Her Arms,” and Ralph Vaughan Williams’ “Lark Ascending.”

Based in New York City, The Knights are a collective of musicians dedicated to transforming the orchestral experience. The collective was founded and is directed by violinist Colin Jacobsen and conductor and cellist Eric Jacobsen, who, together, also founded the Brooklyn Rider string quartet. The Knights’ roster boasts musicians of remarkably diverse talents, including composers, arrangers, singer-songwriters, and improvisers, who bring a range of cultural influences to the group, from jazz and klezmer to pop and indie rock music. Since their founding in 2007, they have toured and recorded with prominent soloists including Yo-Yo Ma, Dawn Upshaw, Béla Fleck, Itzhak Perlman, and Gil Shaham, and have performed at Carnegie Hall, Tanglewood, and the Vienna Musikverein.

Nikolai Astrup (1880–1928) is one of Norway’s most important artists, with a style notable for its intense, colorful palette and the magical realism of its landscapes. In Visions of Norway, on view in the Clark Center through September 19, the Clark presents more than eighty-five works by this brilliant painter, printmaker, and horticulturist. Astrup focused his work on the relatively isolated region of his childhood home and, there, explored a personal form of Modernism and celebrated Norwegian national identity—something he shared with fellow Norwegians, composer Edvard Grieg and playwright Henrik Ibsen.

This performance is presented through the generous support of Mela and Paul Haklisch, the Asbjorn Lunde Foundation, and the Norwegian Consulate, New York. This event is free. Bring a lawn chair or blanket for outdoor seating. Inclement weather postpones this event until Sunday, September 5 at 4 pm. Visit clarkart.edu/events for more information.