A Musical Seance at the Colonial Theatre 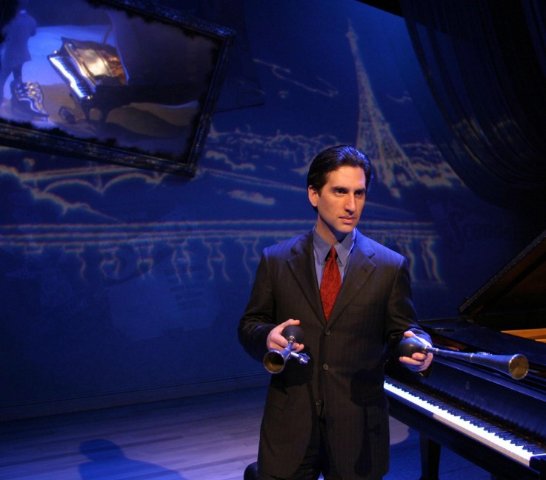 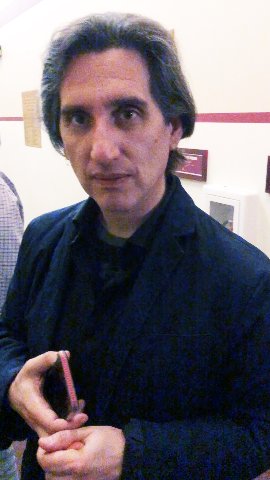 After the show. Giuliano photo.

In 38 years George Gershwin (September 26, 1898-July 11, 1937) composed some thousand songs many with his brother Ira (December 6, 1896- August 17, 1983) as lyricist. They were composed initially for Tin Pan Alley and then for numerous Broadway musicals and several Hollywood films.

Many of those songs are beloved standards of The Great American Songbook. He proved to be the most successful popular composer of his day rivaled by his friend Irving Berlin. While Gershwin had early piano and composition lessons Berlin was entirely self taught.

A major difference was that Gershwin’s music was more complex and ambitious. While he sought out and applied to study with Maurice Ravel, and  Nadia Boulanger they rejected him.

In a letter Ravel wrote “Why become a second rate Ravel when you are already a first rate Gershwin.” When comparing what Gershwin earned Ravel stated that he should be the one asking for lessons.

We learned a lot about Gershwin during a remarkable tour de force performance by Hershey Felder in his virtuoso solo Gershwin Alone. It is one of several musical biographies that Felder tours with. During a Q&A with the audience he stated that he rotates them giving some 400 performances each year. Considering that there are 365 days one wonders when he sleeps and gets time off.

Indeed the energy and charisma that he displayed at the Colonial last night was rather manic. A trained classical pianist and musicologist his attack on the keyboard was at times thunderous and frenetic. It was occasionally more percussive than pianistic.

He is not the first classically trained musician to lapse into shtick. One thinks of Jack Benny and his violin or pianist Victor Borge.

With an ersatz Yiddish accent he evoked Gershwin’s Russian Jewish father Moishe (Morris) Gershwin (Gershwine). He quoted him requesting that his son play his favorite tune “Rhapsody in Jews.” When he first became successful George (Jacob) bought a five story house for the family that included his parents (mother Rose) as well as Ira and siblings Arthur and Frances. He later moved out but he and Ira lived within a block of each other for the rest of their lives.

While a teenager George earned a living cutting player piano rolls and plugging songs. Felder conveys that Gershwin was a compulsive entertainer and loved to play his music. After Broadway openings he rushed off to perform at cast parties at times several into the wee hours of the morning.

Early on playing “Swanee” (1919) at a house party a guest stated “I want to buy that song.” It was none other than Al Jolson who recorded the song a year later. In 1927 Jolson starred in the first talkie The Jazz Singer. Felder did a remarkable rendering of the unique Jolson style.

Today we wince at the racism of Jolson who mimicked blacks in what proved to be the climactic phase of popular minstrel shows. Gershwin and Jolson were among many often orthodox jews who defied their families to play jazz. Others, famously would include Mezz Mezzrow and the King of Swing Benny Goodman. Jews were dominant in the entertainment business from Broadway to Hollywood.

In one of the astonishing moments in Felder’s performance he reads from an anti Semitic screed by ultra bigot and racist, auto maker Henry Ford. While shocking it too vividly reflected the prejudice of current billionaires and politicians.

Historians and musicians like Stanley Crouch and Wynton Marsalis have denigrated and or ignored the considerable contributions of white jazz musicians. There is no argument that jazz (a slur) is black music and some have suggested the term black classical music. There is a long history of rock stars from Elvis Presley to Cream, the Rolling Stones, and Janis Joplin appropriating and or ripping off black artists from Robert Johnson to Arthur Big Boy Crudup, Willie Dixon and  Big Mama Thornton (“Ball and Chain”).

That said there in no denying the immensity of the accomplishment of Gershwin. He composed “Rhapsody in Blue” for the then popular ersatz jazz band of Paul Whiteman. The music of Whiteman today is regarded as corny and derivative. But he had the ear and genius to hire Gershwin and  Bix Beiderbecke (1903-1931). The cornet player was a genius admired by Louis Armstrong. The only piano solo by Bix “In a Mist” was inspired by Ravel.

There is a lot of Ravel in Gershwin and vice versa. Jazz composers from Scott Joplin to Duke Ellington drew from and emulated classical music.

That cross pollination and fusion is represented when Gershwin composed the opera Porgy and Bess. While Felder was entertaining he was also instructive. It was intriguing when he broke down Gershwin compositions and demonstrated their elements. He illustrated the duet “Bess You Is My Woman Now.” Through counterpoint what shouldn’t work does so brilliantly. He revealed the impact when Gershwin switched from minor to major in the middle of a song.

Today, Porgy and Bess is regarded as an American masterpiece. In 1911 Scott Joplin composed the rarely performed ragtime opera Treemonisha. In 1935 in a pre Broadway tryout Porgy and Bess opened at the Colonial Theatre in Boston. Previously it had been performed in a four hour concert version. In Boston Gershwin made cuts with more before opening on Broadway. Reviews ranged from mixed to savage. It ran for 124 performances. Felder conveyed an anecdote of Gershwin weeping at the back of the theatre during the final performance. From Broadway the opera toured from January 27 through March 21, 1936. The composer believed the opera to be an utter failure.  It will soon open the fall season for the Metropolitan Opera.

Having invested his own money in the opera Gershwin was broke during the height of the Great Depression. He and Ira moved to Hollywood and composed for films. In the studio system there was no respect for their work. Chronic headaches got ever worse. A brain tumor required emergency surgery and he died suddenly.

That would seem to end the show but with a soft spot that gradually faded the ghost of Gershwin hammered out “Rhapsody in Blue.”

Felder earned a standing ovation but urged us to sit. Following a ninety minute performance there was a half hour encore. That including taking a couple of requests that became follow the bouncing ball sing along with the audience.

Saying that this was the fun part of the show he took questions. They proved to be intelligent and probing. The first, from a nurse, entailed his brain tumor and how that impacted his behavior and productivity.

The answer was fascinating. A physician suggested a spinal tap which he refused. It would have been fatal and Gershwin survived for another year plus with increasing agony. His behavior, including hallucinations, became ever more erratic.

We learned more about his private life including a long affair with a musician and collaborator Kay Swift. She left her husband to be with Gershwin but they never married. Supposedly through the objection of his mother that Kay was a schickse. They separated when he moved to Hollywood.

Through the performance and that extended encore the pendulum swung from actor/ entertainer to serious musician. The evening ended on the latter note. With commentary on the confluence of jazz, American and European classical music Felder performed an ethereal, wispy and mesmeric “Clair de Lune” by Debussy. Then he slipped away from what had been a magical séance with a composer who just wanted to be famous.