Porgy and Bess at Tanglewood 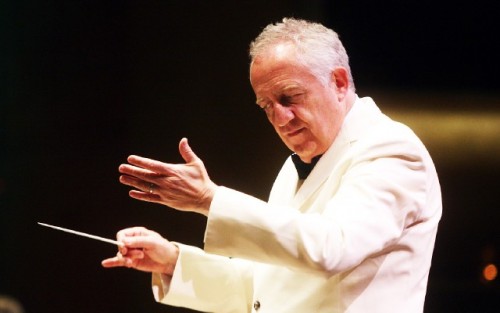 Bramwell Tovey conducted Porgy and Bess and also rattled off a few tunes on an upright honkey tonk piano. 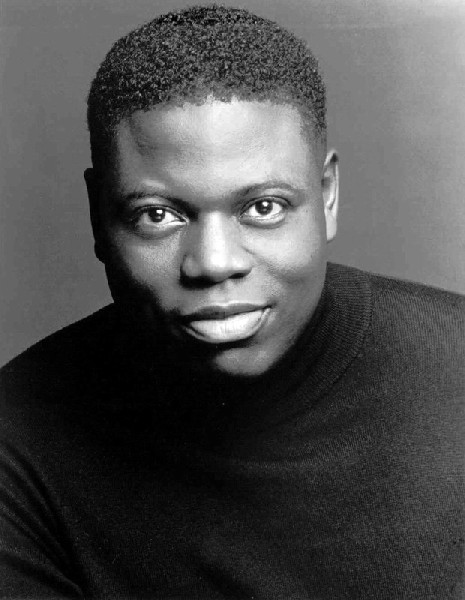 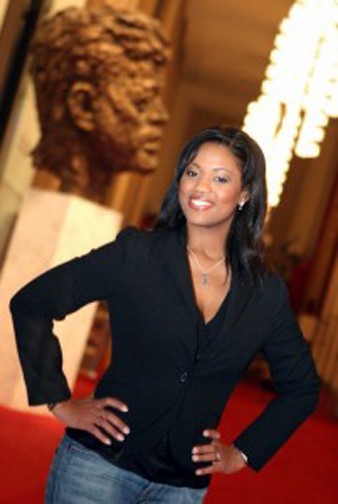 Laquita Mitchell was a magnificent Bess. 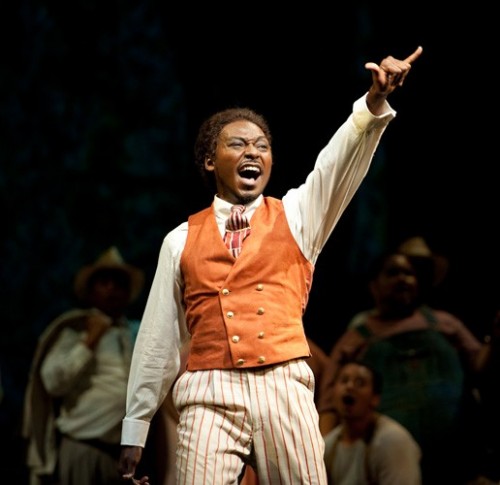 When the Tanglewood season was planned surely nobody anticipated the interest and controversy that would be evoked by a concert version of the opera Porgy and Bess (1935) with music by George Gershwin, libretto and lyrics by DuBose and Dorothy Heyward and Ira Gershwin.

It has come to be regarded as the great American opera and last night’s sumptuous Tanglewood performance, conducted by Bramwll Tovey, did nothing to tarnish that reputation.

Often a concert version of an opera implies singers seated on stage and taking turns singing from the scores in front of them. In this performance the singers were off book in  their roles. While there were no sets, or costumes there was the sense of a drama. Even the massive chorus emoted in a very untypical manner. They really threw themselves into their roles which extended far beyond just singing the music.

This breaking down of the barrier of a concert version was given a feisty touch when the conductor left the podium to clang out a sequence on the honkey tonk tuned upright piano. This occurred during the overture. Later the piano was again rolled out on stage and Tovey played a jazzy accompaniment to a reprieve of the standard "Summertime" by the magnificent Laquita Mitchell as Bess. The audience loved that touch and gave Tovey a great ovation.

The classic "Summertime" opened what was a three hour evening with one intermission. It was sung by the clear as a bell Nicole Cabell as Clara. She returned to the theme later in the opera and it was also spun off in the interlude with Bess.

The Gershwin opera is chock a block with arias that have made their way into the Great American Songbook and become standards for jazz and cabaret singers.

It is why Diane Paulus, artistic director of the American Repertory Theatre, and Audra McDonald have opted to morph from an opera into a musical, perhaps best described as an operetta. They have also taken to cleaning up the now dated racial stereotypes and language of the original Catfish Row.

This has resulted in protests from Gershwin purists including a letter to the New York Times from Stephen Sondheim that has provoked screeds of pro and con responses.

We will get to decide for ourselves this coming week when the Broadway bound production opens on Wednesday in Cambridge at ART. That is, if the pending damage of hurricane Irene allows us to slip out of town as planned.

At Tanglewood we were presented with the original, unaltered version of the opera. Yes the language and context is dated, and jumped out at us here and there, but one listened to a magnificent historic work, warts and all.

In 1910, the black ragtime composer Scott Joplin wrote Treemonisha an opera in three parts. It was never performed as he wrote it during his lifetime. The opera had its world premiere in Atlanta in 1972. It needs to be more widely acknowledged that his ambitious work, a landmark from the early era of jazz, preceded Porgy and Bess, the “first great American opera” by 25 years.

As presented by such a superb and enthusiastic Tanglewood cast we were entirely enthralled by the complications resulting from murder, gambling, mayhem and the men lusting for the stunning and charismatic Bess.

She enters on the arm of the tall, handsome, cruel and threatening Crown (Gregg Baker). When he murders a man during a crap game Bess is left to her own devices and shunned as an evil woman by the community. She is taken in by the cripple Porgy (Alfred Walker) who has never known the scent of a woman. It inspires his great aria “Bess You Is My Woman Now.”

With Crown on the lam, and Bess shacked up with a cripple, this is an opening for the pusher Sporting Life (Jermaine Smith). He brings enormous duende to the role titubating about with exotic dance moves including a split that brought down the house. It was surely a first on the Tanglewood stage. He lures her with a sniff of happy dust and more to follow. Smith made the most of "It Ain't Necessarily So" and galvanic interactions with the chorus.

Yes, it was a long evening, however magnificent. It will be interesting to see if Paulus cuts it down to more manageable length. There are a lot of interludes between the great arias. It has been discussed how Paulus has converted them to speaking roles. If successful that will highlight those great and memorable moments.

The other possibility is that the ART production will be the sanitized, politically correct Cliff Notes version of an American classic.

The rich and fulfilling performance we enjoyed last night gives weight to the argument “If it ain’t broke, don’t fix it.”

The Paulus/McDonald thesis is that we have come a long way since the Catfish Row of 1935. This week critics will deliver their verdicts on what has emerged as the most anticipated and contentious theatrical event of the season.