Stars of American Ballet at Pillow 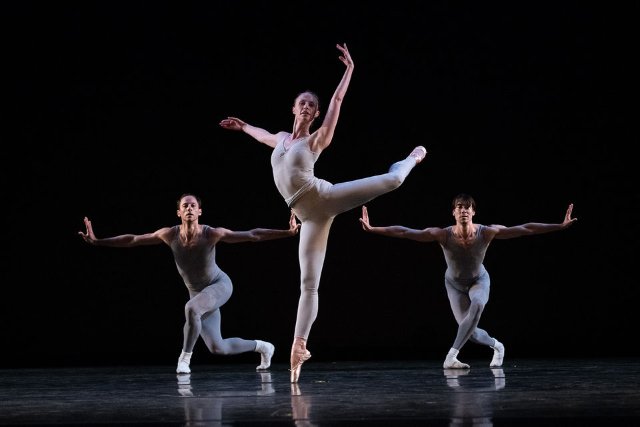 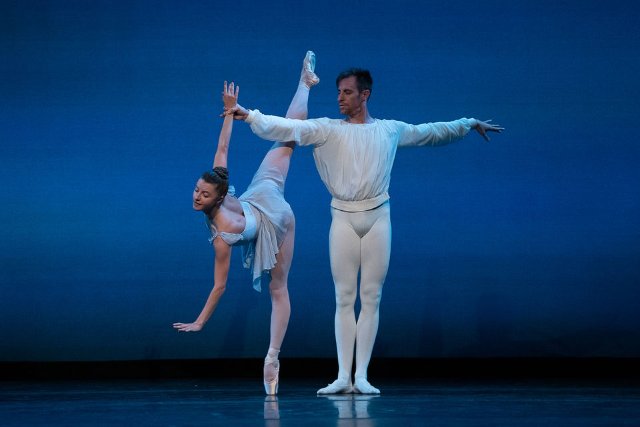 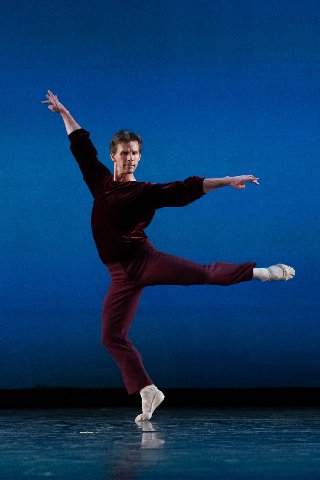 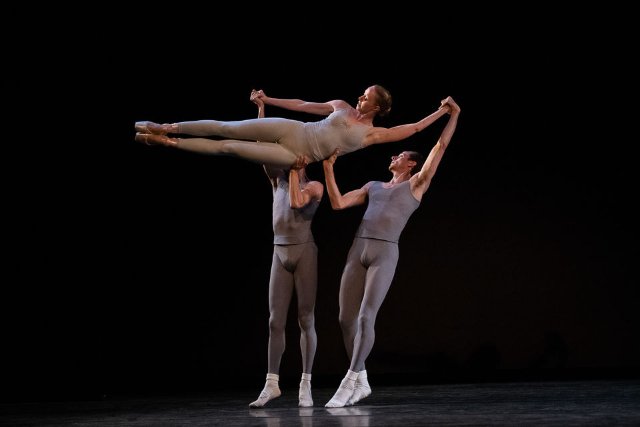 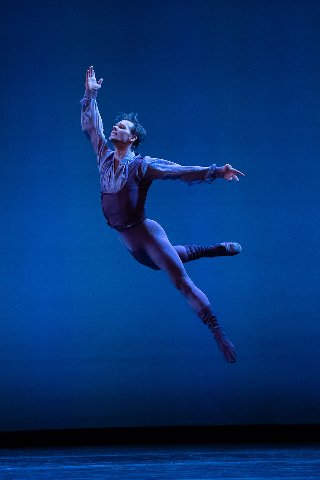 All choreography by Jerome Robbins

During the off season summer months, New York City Ballet principal, Daniel Ulbricht, persuades fellow company members to rehearse and perform as Stars of American Ballet. Given the few engagements they perform it was all the more a special occasion for them to appear at Jacob’s Pillow.

The agenda was to celebrate the Centennial of choreographer Jerome Robbins. He created some 50 dances in the classical manner for the company working with and inspired by founder George Balanchine. That relationship was evident, often with humor and wit, in the selection of five dances curated for the unique Pillow tribute.

One work, Interplay, was last performed at Pillow in 1945.

Jerome Robbins (October 11, 1918 – July 29, 1998) created an enormous body of work. He is best known for collaborations with Leonard Bernstein. Robbins' Fancy Free ballet  evolved into their musical On the Town . They are most acclaimed for West Side Story with Stephen Sondheim.

It has been a summer of centennials for Bernstein and Robbins. Their work has been seen in the Berkshires at Barrington Stage (West Side Story), Tanglewood, and finally, ending the 2018 season, at Jacob’s Pillow.

Among his many Broadway musicals were High Button Shoes, Miss Liberty, Call Me Madam, King and I, Pajama Game, Peter Pan, Gypsy, Funny Thing Happened on the Way to the Forum and Fiddler on the Roof.

The Pillow tribute featured his work for ballet.

It started with a classical duet Andantino (1981) performed by Gonzalo Garcia and Indiana Woodward to the second movement of Tchaikovsky's first piano concerto . Evoking the manner of Balanchine, routed through Russian ballet, the hero in white partnered her en pointe. The dance was brief, slow, romantic and elegant.

The second dance Concertino (1982) again featured a Russian composer but this time a dissonant, modernist early work by Igor Stravinsky. It entails complex instrumentation and sharp percussive accents. Again, in the classical manner, Robbins set the dance for two men, Daniel Appelbaum and Andrew Scordato. They do far more than lift and turn the tall and sensual Teresa Reichlen. There are difficult but seemingly effortless passages in which she was transferred from one male to other then gracefully lowered. There seemed to be more synergy than competition in this unusual configuration.

A Suite of Dances to music of Bach was created for Mikhail Nikolayevich Baryshnikov. It commenced with Ulbricht lying on the floor at the feet of cellist Ann Kim. She performed excerpts from the six suites for unaccompanied cello.

It was intriguing to see Ulbricht and imagine Baryshnikov. It was one master and principal dancer evoking another. They are similar both in their mastery and uncanny ability to soar as well as a certain je ne sais quois nonchalance. Upon executing a particularly complex virtuoso sequence he ended with a, what the heck, gesture and comical flourish. It is rare to see classical dance and witty post modern deconstruction with such charming juxtaposition.

For its time the pairing of two male dancers in Chopin Dances was audacious. They performed sharing the stage with pianist Susan Walters. Ulbricht was paired with Anthony Huxley. In skill set and body type they were well matched in what proved to be a dance of attraction, repulsion and intense competition. One might view it as a narcissistic mating game that is not going well. One dancer is annoyed at the one-upmanship of the other. There is jockeying for better position. Here the humor of Robbins was aptly conveyed with exquisite dance.

An early work from the war era Interplay, while a ballet, drew ready comparisons to the ballet Fancy Free which led to sailors on leave in On the Town. With a lively jazzy score by Morton Gould there were hints of the breakout to Broadway. It was the most accessible work of the program.

The dance featured four men paired with four women. The women with playful pony tails were dressed in pastel skirts and tops. The men had complementary t-shirts and pants. The ambiance was teens at a sock hop. There were moments that presaged the dance of Sharks, Jets and their girl friends on the night of the rumble from West Side Story.

The choreography entailed the segments “Free Play” “Horseplay” “Byplay” and “Team Play.” There was a lot of macho showing off with solos entailing leaps and turns.

It was a wonderful, fun, upbeat way to end what has been yet another fabulous season at Jacob’s Pillow.