Faust by Berlioz in Salzburg 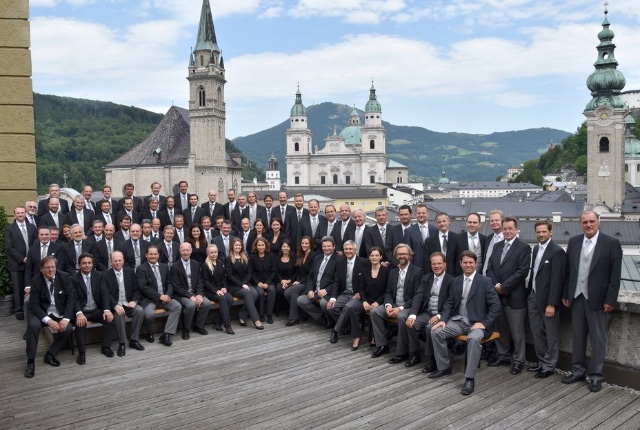 Damnation of Faust in Salzburg, The chorus. 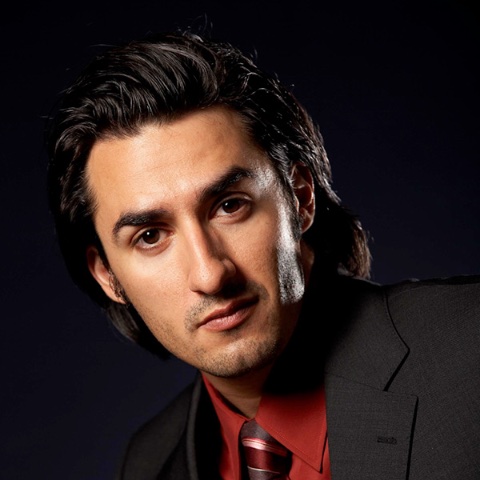 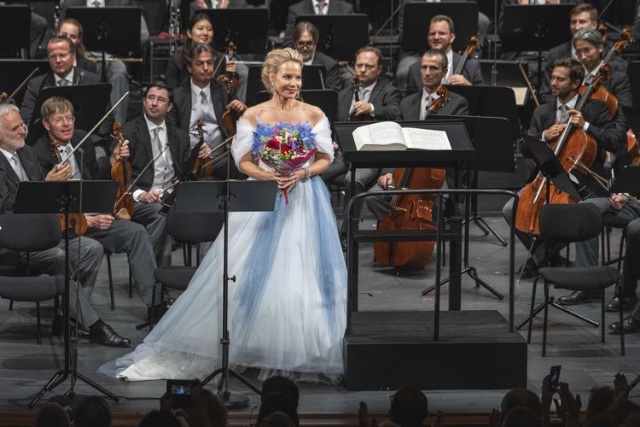 Elena Garanca as Marguerite in Salzburg 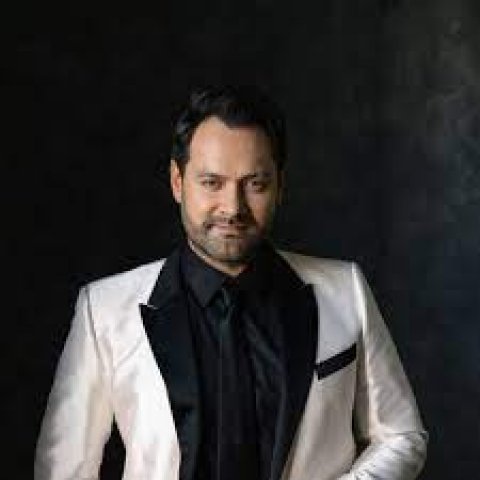 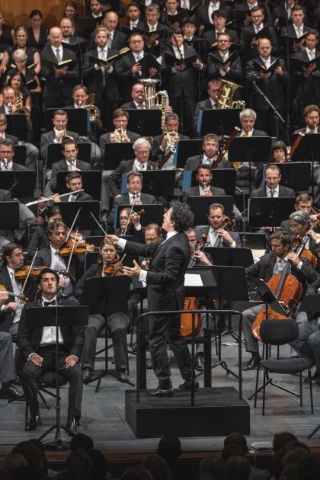 A stage jam-packed with musicians in Salzburg.

La Damnation of Faust is a dramatic legend. It bombed in Paris, much to composer Hector Berlioz’ dismay and confusion. Yet even members of the orchestra he conducted at the premiere asked the composer about notes he wrote.  “That note does not exist,” complained a horn player. “It sounds like a sneeze.”  “That’s just what I wanted,” replied Berlioz. Berlioz deliberately forces instruments to strain against their own limitations. Mephistopheles does this too in Berlioz’ telling. The notions of music itself are expanded.

Wagner would mix the voice and the orchestra in a special way as he built his opera house in Bayreuth. He buried the orchestra and had its music directed at the stage where it mixed with the singer’s voices and lofted out into the house.

Berlioz has quite a different idea. The orchestra is not separated from the singers by an abyss. It is displayed as an integral element of the work. The orchestra is a spectacle and the singers are part of the orchestra. Marguerite encapsulates the opera form. Her sacrifice to Faust’s restless striving is a dialectic between the operatic form and symphonic music.

Faust emerges in the first moments with the polyphony of the orchestra as the work starts. In contrast, Marguerite, when she appears, sings two set operatic pieces.

The work is not an opera. Yet it comments deeply on the form. It particularly explores the relationship between the human voice and instruments. In Salzburg, Faust is the gifted Charles Castronovo. He warmed considerably when he got a glimpse of Elina Garanca as Marguerite. She is lush and feelingful in the role. Ildar Abdrazakov is Mephistopheles, seductive and full of the devil. Peter Kellner gives us the sound picture of a drunk.

The work was performed in Festspielhaus, the orchestra seated on steeply raked platforms, as Berlioz required. Singers were grouped near the conductor’s podium. The rest of the stage was filled with the chorus. Interestingly, the backdrop of the stage is textured with long vertical strips like figures. The burnt siena color is that of a string instrument’s body.

This is grand opera without the need for action, costumes or scenery.

Alain Altinoglu, Paris-born and trained and now music director of La Monnaie in Brussels, led the performance. He showed us each turn in Berloiz’ thinking. When the Rakoczy military march approaches the students singing a chorus, Altimoglu created the simultaneous merger of disparate elements, taking us out of time in a mix of two rhythms and two keys.

Berlioz wrote in scenes. Marguerite’s entrance in Scene XI is off stage. In her room, where Mephistopheles hides, a solo viola heralds her in the same tune as a medieval song she will sing. As the clarinet plays the song, Mephistopheles says, “I hear her," in the same tones. Altinoglu clarifies Berlioz' anticipatory motifs which Wagner will later develop into clear leit motifs. Foreboding is created by indicating similar tones. We hear that this does not bode well for Marguerite.

Mephistopheles has a dramatic role which mimics that of the conductor.  He sometimes controls the strings, which become guitars. Berlioz is specific about strumming them with the thumb. Altinoglu brings out the bizarre growls from the brass and screeches from the winds which evoke hideous monsters and nighthawks. Galloping strings force piston like motions in the players' arms as Mephistopheles carries Faust off to hell. Marguerite’s voice fades away as Mephistopheles spurs his horses on with a sharp. Hop. Hop. Instruments and voices are mixed and matched by musical texture and color.

Our imagination, not our vision, is addressed.

Marguerite is only on stage for a third of the opera, but she represents the opera form, a real physical presence singing beautiful music. Yet, in Scene XV, Romance, when she sings of the fiery flames of love, it is an English horn that introduces the ‘aria.’ Its lovely, wrenching tones are more beautiful than those of the very finest sopranos.

Marguerite ends the opera, happily in heaven. Her last earthly voice is that of a chorus member. She has become ideal, reduced to a voice, confined to the orchestra and then silenced. Opera has fortunately survived.

Berlioz’ knew well the pangs of unrequited love. Betrayed by Camille Moke, who ran off with the piano manufacturer, he wrote: “I am like a lost balloon which must burst in the air, be engulfed in the waves, or come to. A halt like Noah’s ark?" Berlioz plotted revenge including the murder of Camille’s mother. Marguerite is put to death for a similar deed.

As Berlioz died, it is reported that he murmured, “They are going to finally play my music.”

In Salzburg, his deathbed prophesy continues to be magnificently fulfilled.