Sandra Oh is The Chair on Netflix 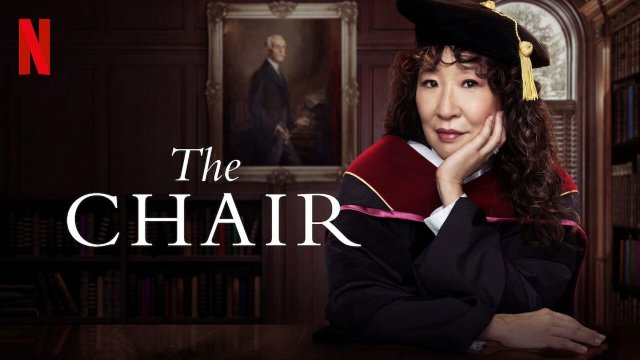 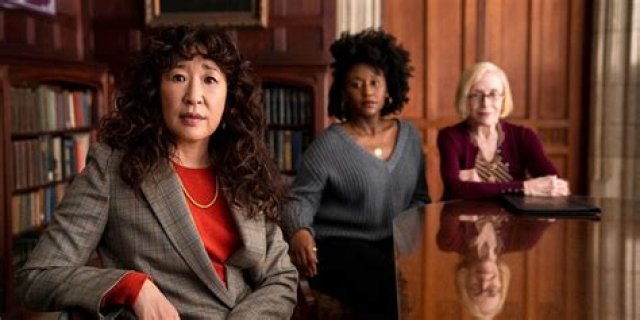 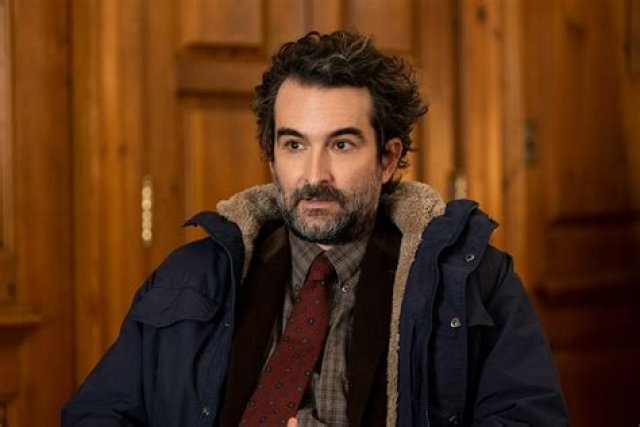 Bill the crash and burn professor and love interest.

Let’s start by saying that The Chair on Netflix is a comedy. As a work of fiction it paints a satire of current collegiate cancel culture with a broad brush. Its professors in the English department of second tier Pembroke, somewhere in Massachusetts, fill the spectrum of every possible academic cliché.

Ji-Yoon Kim (Sandra Oh) in a brilliant and hilarious performance, is the first woman of color (Korean) to chair the disheveled English department. It has its share of uninspired tenured faculty with ever shrinking enrollment. Also a pro forma, tenure track, brilliant woman of color who has packed and lively classes.

The spark plug of the mix is a former superstar professor, a widower for the past year, who has fallen off the rails, big time. Jay Duplass, as Bill, is an adorable loopy lush, casualty, and love interest for the chair, a position he formerly held.

A single mother Kim is raising an adopted Hispanic daughter who is eager to embrace her own ethnic heritage. In running conflicts she has the ultimate zinger “You’re not my mom.” The adorable and brilliantly funny child clings to Bill.

Given a tough hand and a tricky dean (aren’t they all) Kim is struggling to keep the lid on a department slipping into oblivion. The dean wants to cut three positions, what else is new, based on low enrollment. Trouble is they are tenured.

That leaves  Yaz (Nana Mensah) vulnerable and perhaps expendable. “You are going to be the first tenured Black woman in this department,” Ji-Yoon tells her. “That’s why I’m leaving,” she says. Her talent is much in demand and while Pembroke fudges she is recruited by Yale.

Her lively classes with inventive student interaction provide a thumbnail of how the field and profession have evolved. On the topic of Melville as a wife beater, for example, Yaz leads a discussion on that thorny subject.

Now at mid-career Bill is a throwback to the era, sadly a myth, of academic freedom. Winging it during a discussion of absurdism and fascism in literature, to hammer home the point, he does a little goose step.

Soon every cell phone in the room is recording his over the top pratfall. Pembroke erupts with a no Nazis on campus movement. He makes all the wrong moves to morph the intent into a dialogue. The students simply use him as a whipping post.

Let’s go back to that initial statement that this is comedic fiction. But the breakout six part series has also initiated debate. Just how plausible is the absurdist plot?

The unfortunate truth is, very. As a now retired academic, there was much that all too vividly conveyed trying to stay afloat as an adjunct professor. Particularly toward the end of my run things were changing and not for the better. Deans view students as consumers and their evaluations came to have more weight than supporting faculty. A casualty of cancel culture has been diversity of opinion in the class room. Students had the temerity to demand the grades they thought they deserved.

There is the alarming notion of creating safe zones on campus. Heaven forbid that a professor expresses an opinion that students do not agree with. Indeed that reflects an intellectually divided nation. Unfortunately, ignorance is not bliss.