The King Stag at the Mount 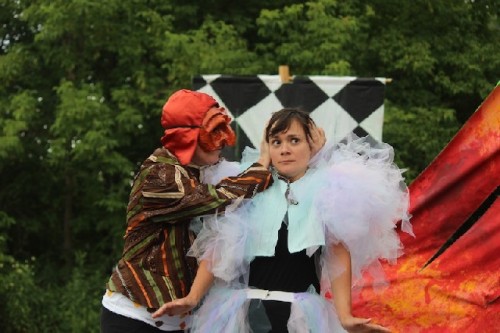 A performance of The King Stag by Main Street Stage will be held at The Mount in Lenox on Sunday September 23rd at 11 a.m. The show is free and open to the public.

The play, loosely based on the scenario by Carlo Gozzi and adapted for the stage by Kelli Newby and David Lane, follows the story of King Deramo's search for a queen which is complicated by true love, betrayal, mistaken identity, comedy, and, of course, magic.

Main Street Stage is a collective of writers, musicians, sculptors, puppeteers, actors, and designers committed to bringing theatre directly into communities by collaboratively developing touring productions.  It was incorporated as a non-profit 501(c)3 organization in September of 1999.  Its home, until recently, was a quaint black box theatre on Main Street in North Adams, MA.  Since leaving this space Main Street Stage has embraced their new home of parks and neighborhoods.   For more information, please visit our website: Main Street Stage