In Bed with Roy Cohn by Joan Beber

Hallucinating with Ronald Reagan and Others

In Bed with Roy Cohn by Joan Beber 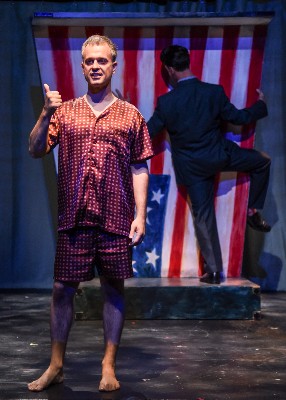 Christopher Daftsios pulls off a complicated turn as Cohn. He is arresting and sympathetic. 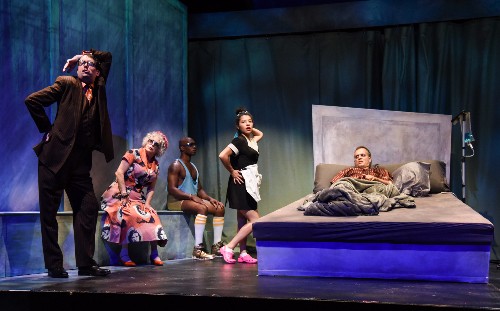 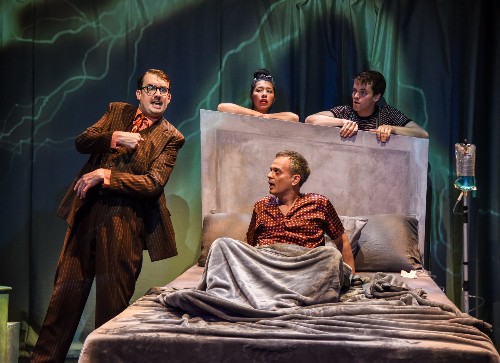 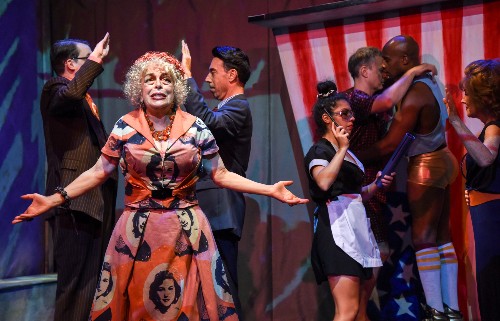 Marilyn Sokol is ever present. She does a searing rendition of Judy Garland. 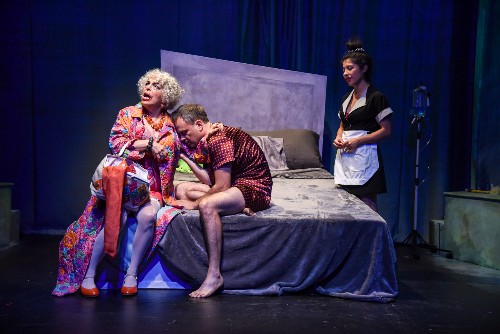 Cohn can never please the Mama he abhors. 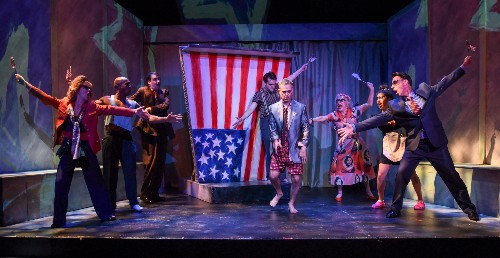 The under belly of Cohn's bed is the American flag he so often waved. Set design by Sarah Edkins evokes a period and a man. 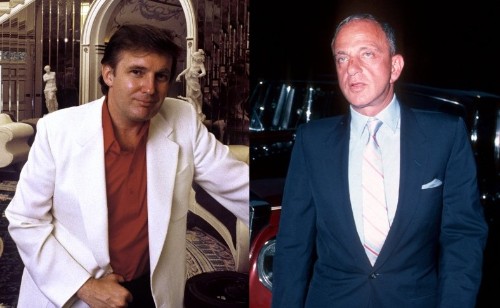 A young Donald Trump with his first lawyer, Cohn. 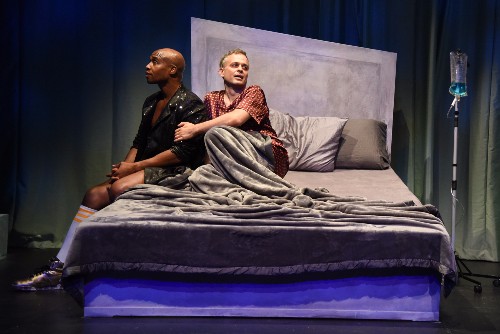 Serge and Cohn, devotion to the end despite complications. Serge Thony is wonderfully human in the role of Cohn's sex interest.

The walls of the darkened theatre splash with vital signs.  A man lies dying. He is Roy Cohn, who theatre goers know from Angels in America.  Cohn was Donald Trump's first lawyer, which makes him very now.

Like J. Edgar Hoover, Cohn was a closet gay.  Like Hoover, he struck out at others in order to deflect attention from himself.  He knew every one and was feared, revered, reviled and attended to.

The trajectory of gay acceptance helps us find sympathy for Cohn's predicament.  Until recently, it was very difficult to be gay in this country.

Cohn also had a mother from hell.  In a stunning performance by Marilyn Sokol, who deserves another Obie, Dora Cohn is a wicked and delightful horror.  But she too helps elicit sympathy for Cohn.

Playwright Beber has set her play in the last days and hours of Cohn's life. He would claim until the end that he had liver cancer, but it was AIDs, and his dying was long and difficult.

Yet Cohn is at first mounted on the headboard of his bed making the in-your-face-remarks for which he was well-known.  In creating him Christopher Daftsios rises to ribald heights and then, against his will, collapses into his illness.

Barbara Walters was a 'girlfriend' for years.  Lee Roy Rogers takes every opportunity to lisp in creating Walters.  It is difficult to understand her attraction to Cohn.   Were his powerful associations irresistible?   For Cohn, she was a way to shut mama up about his failure to marry.

Rebeca Fong is Cohn's nurse and maid. She pirouettes and prances through her role and is a charming foil for the difficult hallucinations of the dying man.

Projection and lighting designer Getrjan Houben brings these moments to life by lighting the stage to indicate the twists and turns of Cohn's mind:  fiery spiders of light, projections of many-colored waters and dreamscapes.  Movements choreographed by Lisa Shriver burst into juicy dance beats and gyrating twists.

Director Hilbe in her staging makes the relationships not only interactive but hyperactive to underline Cohn's state of mind.  Music fits the moment:  Cohn likes Mimi's songs (arias) from La Boheme, but always leaves after the first act of the opera. He's too restless to focus.

The play is staged with surround sound and action happening everywhere.  In the theatre's aisles, characters watch and react to the scene as we do.  We are not only drawn into the drama, we are in the grasp of its tentacles.

Scenes in which the dying Cohn tries to recapture his young self are played with a gentle stroke by Andy Reinhardt and make us yearn for a better outcome.

A provocative look at a much maligned American character helps us understand why our continuing progress in welcoming gays into the mainstream is so important.  The consequences of suppression and denial have been devastating for individuals and society.