Devour the Land: War and American Landscape Photography Since 1970 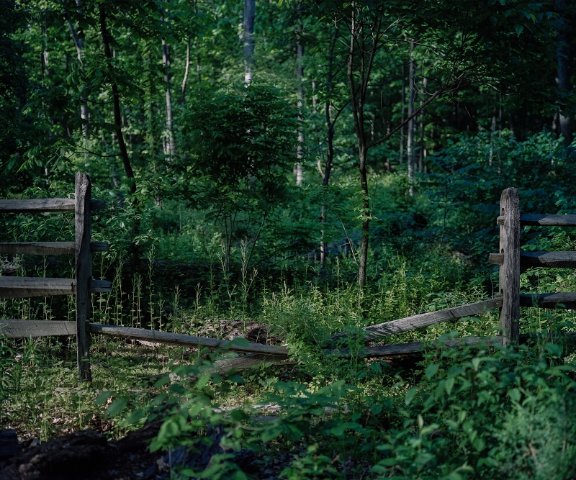 Devour the Land considers how contemporary photographers have responded to the US military's impact on the domestic environment since the 1970s, a dynamic period for environmental activism as well as for photography. This exhibition and catalogue presents a lively range of voices at the intersection of art, environmentalism, militarism, photography, and politics. Alongside interviews with prominent contemporary artists working in the landscape photography tradition, the images speak to photographers' varied motivations, personal experiences, and artistic approaches. The result is a surprising picture of the ways violence and warfare surround us. Although most modern combat has taken place abroad, the US domestic landscape bears the footprint of armed conflict--much of the environmental damage we live with today was caused by our own military and the expansive network of industries supporting its work.

Palacio states, "for the past ten years, I have been photographing in and around historic sites where the dividing line between natural and constructed environments is apparent. Having been born in Colombia, I am very interested in the representational roles both historic site architecture and photography play in shaping and forming an American collective experience. What, when, how, where, why and who a nation chooses to memorialize, are many of the questions I address through my work."

Oscar Palacio is a Colombian-American photographer whose work explores the role of photographic representation in relationship to U.S. history, collective memory, identity, and place. His work is included in the permanent collections of the Harvard Art Museums, the Yale University Art Gallery, the Center for Creative Photography at the University of Arizona, the Massachusetts Institute of Technology, and the Addison Gallery of American Art among others. Books include American Places, published by The Arts at CIIS. Past exhibitions include Walden, revisted, at deCordova Sculpture Park and Museum, Mapping Home: Global Crisis of Place, at Lesley University, and Contemplating the View: American Landscape Photographs at the Addison Gallery of American Art.