At Oldcastle Theatre Company in Bennington 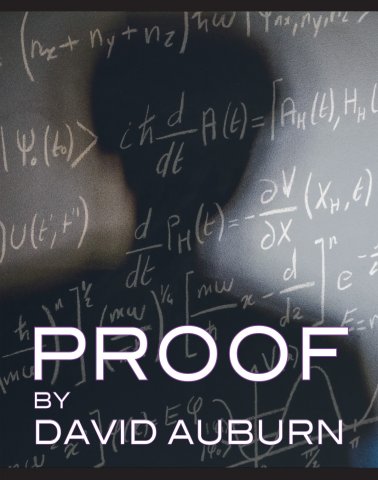 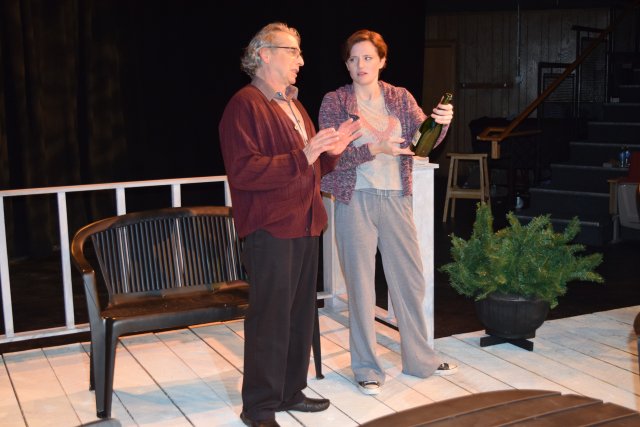 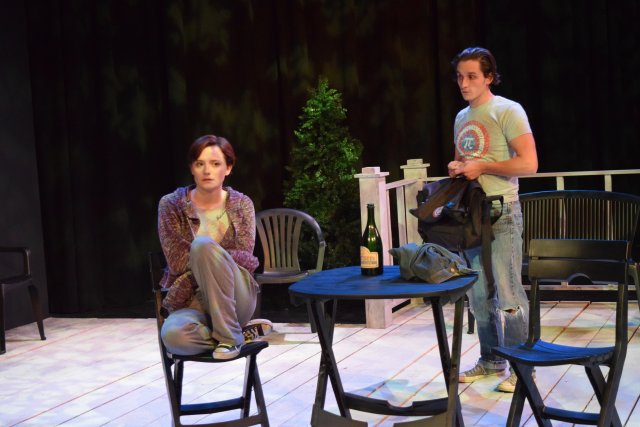 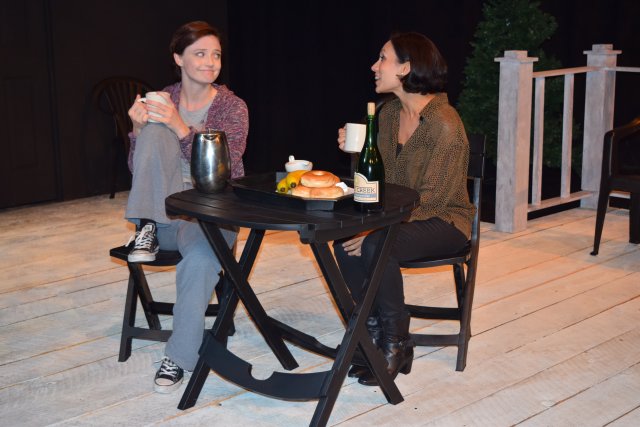 In Proof,  David Auburn, who lived for a time in Williamstown while his wife taught at the college, did not set out to write a play about math.  Rather, he intended to explore the more universal story of siblings in conflict by laying bare the dramatic and comic lives of a brilliant mathematician and his two daughters.

All the action takes place on the back porch of a house in Chicago, close to the university and Lake Michigan. Catherine has sacrificed he college education to care for her father, a professor and one-time cutting edge mathematician unable to keep a grip on reality. Robert and Catherine's loving relationship is complicated by his illness, but it is also rooted in a shared passion for numbers. Catherine's sister, Claire, sweeps in from New York to help as Hal, one of Robert's former students, arrives to go through his mentor's papers in the hope of finding some overlooked mathematical breakthrough. Auburn's play goes back and forth in time as the characters, and the audience try to determine what is real, what is fake, and what is really true.

Richard Howe, Oldcastle's Associate Artistic Director, plays Robert; another in a long series of challenging roles the actor has performed since joining the company in 1975.  Howe's repertoire as a resident performer with the Theater Company includes leading roles in A Tale of Two Cities, A Moon for the Misbegotten, All MY Sons, Chesapeake, Judevine, Big River, My Fair Lady, Sherlock Holmes Night Gambit and Civil Union. Howe has also designed numerous sets for the company.

Ethan Botwick (Hal) is making his third appearance with Oldcastle after previously joining the company in A Lion in Winter and A Comedy of Tenors.  He has been seen in Romeo and Juliet with the Saratoga Shakespeare Company, Julius Caesar with the New York Shakespeare Festival, and  New World Order with Troy Foundry Theater with which he serves as  a creative associate.

Talley Gale who received her MFA from the Old Globe and the University of San Diego, plays Catherine. At the Old Globe Theatre she appeared in Hamlet as Ophelia, Richard II, and Love Labors Lost among others.  She also appeared with the highly acclaimed Steppenwolf Theatre Company in This is Our Youth.

The production is directed by the company's Founding Producing Artistic Director, Eric Peterson. "This is one of the best American plays of the 21st century," Peterson said. "It has humor, warmth, mystery and complex, fascinating characters. As with most great American plays it centers on the family. It is a challenge and an honor to work with a text this good."

For ticket reservations or additional information contact Oldcastle Theatre at www.oldcastletheatre.org or 802-447-0564.