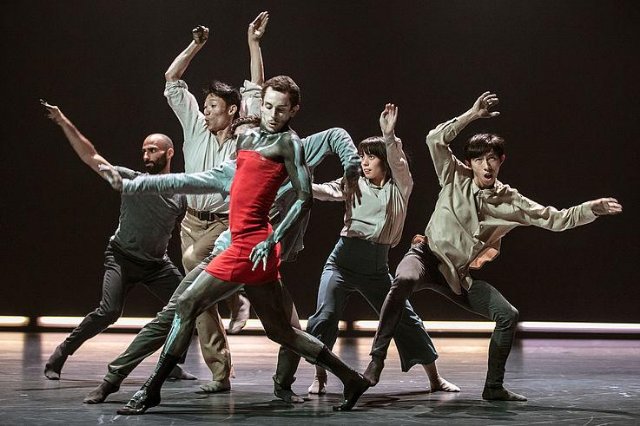 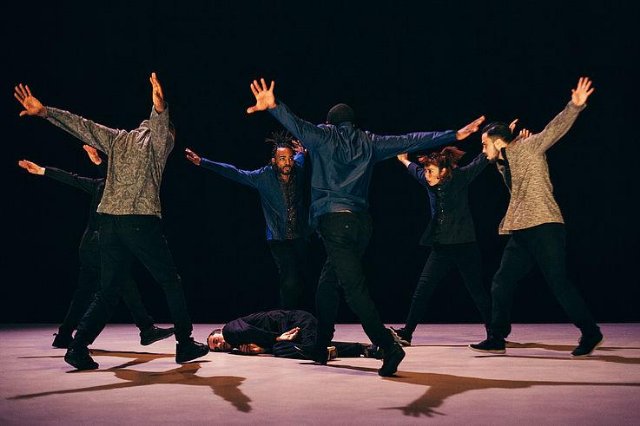 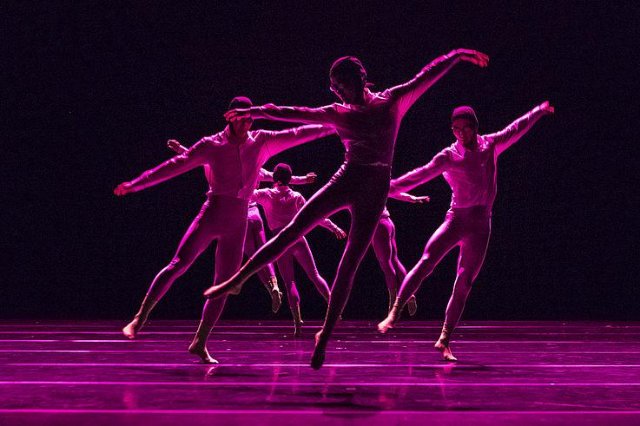 Eagerly awaited but somewhat disappointing, that could be the short assessment of the 31st International Dance Festival Tanz im August in Berlin. Presented, as always, by HAU (Hebbel am Ufer), from August 9th-31st, 2019, it was a performance marathon shown throughout the city with participation of the Deutsches Theater, Volksbuehne and Radialsystem, besides the three HAU institutions and others. The sold out festival drew 18,000 visitors and professionals who wanted to enjoy, get informed and learn about trends in contemporary dance the world over. The artistic director, Virve Sutinen, selected a program designed to showcase and discuss choreographic thoughts and artistic practices in present day dance and other art forms from Zimbabwe to Japan and back to the Western world.

It turned out to be a festival bowing to contemporary classics of the Western dance culture, like Isadora Duncan, Merce Cunningham and to Deborah Hay. The latter was a seminal dancer and choreographer of the fabled Judson Church Dance Theater in New York City until she moved her choreographic activities to Austin, Texas. This year's edition of Tanz im August puts her work center stage and honors this influential protagonist of post-modern dance. A symposium with and about her, together with an exhibition on location, was well received at the Academy of Art (Akademie der Kuenste). Opening night of the festival was reserved for two of her world premieres Animals On the Beach and My Choreographed Body...Revisited. The latter one was danced by herself, showing off her dance expertise of 50 years. The first one was a dance sequence inspired by Hay's perception of the dancers looking like animals on the beach. Others The Man Who Grew Common in Wisdom; Fire; The Match and Ten were firsts for Germany. To have had the luxury of seeing so many of her works from different years allowed to realize a pattern in Hay's approach, namely her focus on bodily movements in relation to other dancers bare of any props. The audience, especially professionals among them, appreciated this retrospective.

It was fortuitous that Hay had danced at the Merce Cunningham company in 1964. It allowed the artistic director,  Sutinen, to lead easily into honoring both choreographers at the same festival. She did so by bringing the French company 'CCN-Ballet de Lorraine' to perform two famous works by Cunningham, namely, his Rain Forest where the dancers perform lovely and almost classically among silver clouds that were designed by Andy Warhol. The second was Sounddance, a much more forcefully danced work in almost chaotic formations. The Centennial continued at the Volksbuehne with the 'Dance Ensemble' re-imaging Cunningham's Berlin Story from 1963, a sequence of Berlin episodes. All together it was a most uplifting experience to have been part of this well danced celebration.

Yet, the reverence to dance icons of the 20's Century continued with French choreographer Jérome Bel's world premiere of Isadora Duncan at the Deutsches Theater. It almost felt like a classroom experience when Bel's assistant, Sheila Atala, lectured the audience about Duncan's dance style that was then demonstrated by the well-known Duncan expert and dancer Elizabeth Schwartz. After initial hesitation the audience accepted the format.

Besides adoring the past, the festival celebrated in its 31 productions collaborations of cultures and styles. Especially exciting and fascinating was French choreographer Anne Ngyen's work Kata with her 'Compagnie par Terre.' She was world champion in break-dance and had her group of eight dancers bring a breathtaking show of martial art and break dancing elements onto the stage. It was one of the highlights of the festival thankfully acknowledged by the audience with frenetic applause.

Another highlight was the 'Ambiguous Dance Company''s Body Concert choreographed by Borav Kim at the HAU. Fabulously danced, the group moved with wit and virtuosity through the musical styles from Baroque music to pop in an indulgence of movements.

Not in this category was the work of the Berlin duo 'Deufert & Plischke' called Liebestod (Death of Love). The five dancers performed as if in a group of trainees. Perhaps it was good to have them tell their stories before dancing, otherwise it would have been just mediocre dancing.

Not mediocre at all was the Norwegian choreographer Alan Lucien Oyen's Story, Story, Die. He has his company, 'Winter Guests,' dance and investigate in fast paced actions and talks the relationship between lies and love and self deceit. Sad and silly was the constant attempt of the dancer called 'Zander' who tried to convince everybody that he likes them. He was always rebuked but did not give up. The piece worked as a dance and as performance art. It was an exciting finale to a festival with few highlights, many honors to past and aging titans in the dance world, and with a plethora of informational talks that were much appreciated.