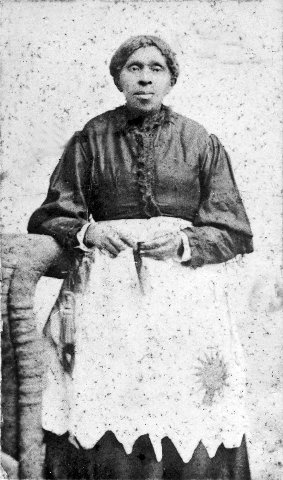 This fall, the Museum of Fine Arts, Boston (MFA), will bring together the only two extant quilts made by Harriet Powers (1837–1910), displaying the iconic works together for the very first time since they were made by the artist in the 19th century. The famous Pictorial quilt (1895–98) from the MFA’s collection and the Bible quilt (1885–86), on loan from the Smithsonian’s National Museum of American History, will be featured in Fabric of a Nation: American Quilt Stories, opening October 10. Uniting the only two surviving quilts by Powers—a formerly enslaved woman from Athens, Georgia—will shed new light on her extraordinary artistic and storytelling talents.

Powers, an African American woman who was born into slavery in Georgia in 1837, exhibited the Bible quilt at the Northeast Georgia Fair in 1886, where it was spotted by Jennie Smith, a white art teacher at a girls’ school. Smith unsuccessfully tried to purchase the quilt from Powers for $10. Several years later, she managed to buy it for $5 from a reluctant Powers, who was forced to part with the “darling offspring of her brain” due to financial hardship. Smith arranged for it to be exhibited at the Cotton States Exposition in Atlanta in 1895, where it received attention and was noted in the press—possibly setting the stage for the commission that later became the MFA’s quilt, though the specific origins remain unclear.

The Pictorial quilt is thought to have been commissioned by a group of “faculty ladies” at Atlanta University, and given—together with Powers’s descriptions of each of the 15 squares—as a gift to a retiring trustee, a Presbyterian minister who later passed it down to his son. For much of the 20th century, the Pictorial quilt was tacked to the wall of the stairway landing in their family's summer cottage in Westport, Massachusetts. It entered the MFA’s collection in 1964.

The works are among the highlights of Fabric of a Nation, which explores how the quilt, which is often seen today as a timeless, quintessentially “American” art form, has in fact continuously evolved alongside the U.S., shaped by a broadly underrecognized diversity of artistic hands and minds. Dating from the 17th century to 2021, the 50 masterpieces on view reveal a rich—and richly complicated—story of the nation’s shared history, contributing to the evolving conversation about what defines the American experience.

“Fabric of a Nation: American Quilt Stories” is sponsored by Chase. Generously supported by Carolyn and Peter Lynch and the Lynch Foundation, and The Coby Foundation. This project is supported in part by an award from the National Endowment for the Arts. Additional funding from the Dillon Fund of the Boston Foundation, the Souls Grown Deep Foundation, the David and Roberta Logie Fund for Textile and Fashion Arts, the Jean S. and Frederic A. Sharf Fund for Exhibitions, the Robert and Jane Burke fund for Exhibitions, the Loring Textile Gallery Exhibition Fund, and the Patricia B. Jacoby Exhibition Fund.