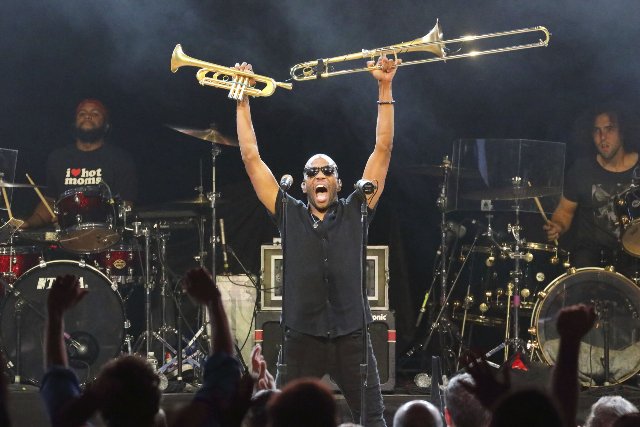 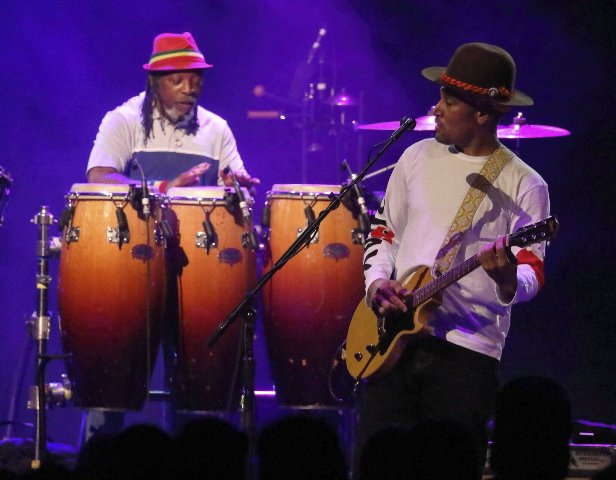 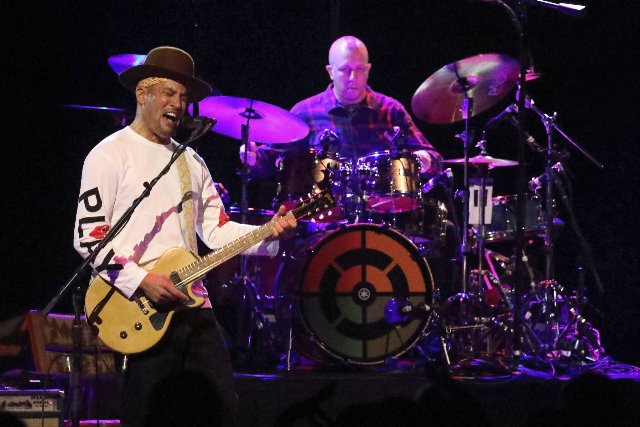 Great concerts come far and wide-there are very few in a lifetime.

Last night, I experienced one of those ‘rare’ cosmic experiences.

Trombone Shorty and ‘headliner’ Ben Harper, collectively, brought the Shed down at Tanglewood with their musical improvisations.

Each band, Trombone Shorty with Orleans Avenue, and Ben Harper & The Innocent Criminals, found a common denominator that channeled their creative expression.

Ben Harper & The Innocent Criminals brought the folk singer, rocker, coffee house experience especially with his solo performance of ‘Walk Away.’ Trombone Shorty & Orleans Avenue played ‘Mardi Gras’ style, with lots of energy, dueling horns and mega drumbeats. It was party time in Lenox, as the audience was on their feet, dancing in the aisles during Trombone Shorty’s hour plus set.

That’s not to say that Ben Harper didn’t have his moments. There were many segments of jamming, where the audience danced in the aisles. One particular highlight was the bands cover of Stevie Wonder’s ‘Superstition.’

Ben Harper and his bassist, Juan Nelson, played musical games-one starting a rift with one note and the other picking up with that note and ending with another. The musical game bonded the musical intimacy these artists share, after working together for twenty five years.

Ben Harper is a storyteller, and Grammy Award winner. In his humble way, he played track after track, as if he were performing in a folk club, intimately, with the audience.

In his humble style, he thanked Management for inviting him to Tanglewood and continuously mentioned the ‘unbelievable acoustics’ at the Shed and how honored he was to play here. At one point during the concert, Harper said the acoustics were so good, that when an audience member sang along with him, they drowned out his voice and got him off track. He asked for the audience, from that point onward, to sing quietly. He was a ‘true gentleman’ at the venue.

Conversely, Trombone Shorty was so busy playing his trombone and trumpet, while singing and dancing throughout each number, it was hard to keep track of what he had to say. Wisdom, was not needed, as Orleans Avenue, with double sax players, double drummers, double guitarists and double back-up singers had the crowd moving all night.

The talents of Troy Andrews (Trombone Shorty) were extensive-sorta a groovin’ mix, talent wise, of Harry Connick, Jr. and Hugh Jackman. Clearly, his talents were showcased from the opening number of ‘Where It At?, to the closing number, ‘Hurricane Season.’

After witnessing Troy Andrews in action, he would be considered a Catagory5 hurricane. His talent was exhausting to watch, contrasted to Ben Harpers even demur.

Trombone Shorty was high octane from the get go. He is a gifted performer, full of talent, with a band that unites funk, jazz, hip hop and rock into a memorable experience.

Experiencing Ben Harper for the first time was an awakening. I expected a rather subdued concert and was surprised to witness an exciting concert with both bold, rocking music paired with smooth and delicate sounds. Harper’s twenty five years onstage showed his talents at Tanglewood.