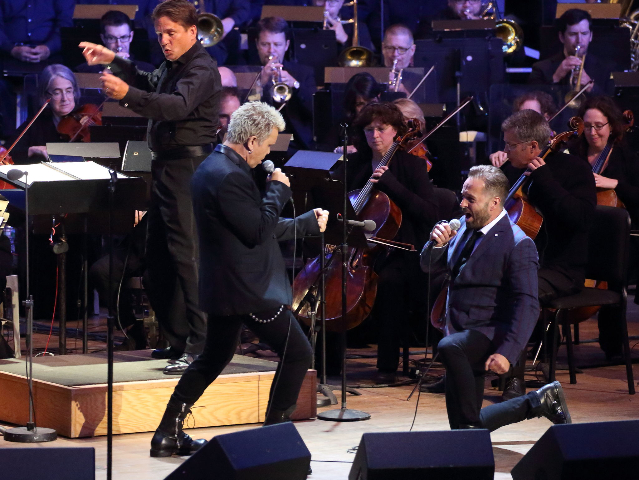 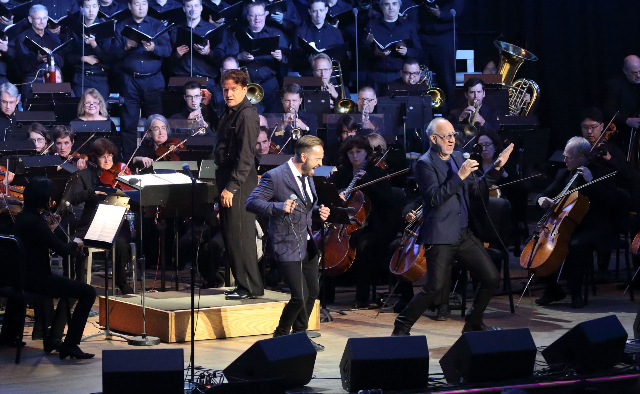 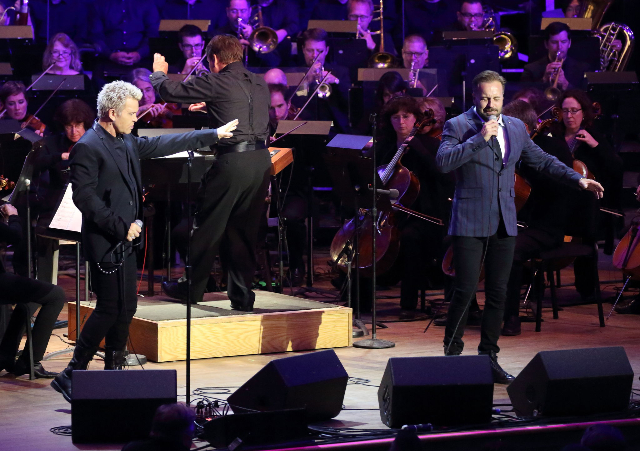 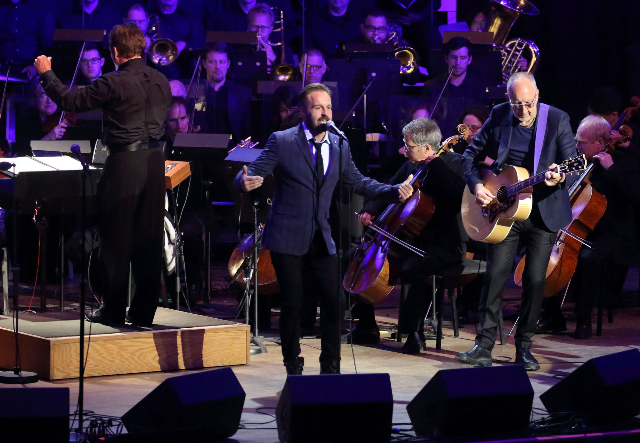 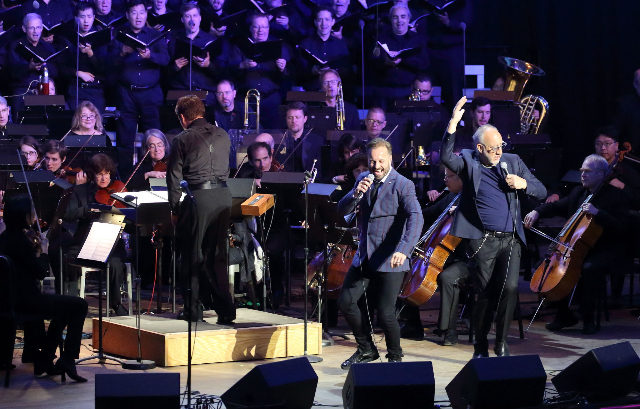 Double down on schizophrenia and you have quadrophenia. Which is to say mixed up and crazy but even more so.

In 1973 Pete Townsend wrote, produced, recorded and performed the rock opera Quadrophenia. Entering the studio in total command for the first time he experimented including recording sounds from nature, using then new synthesizers, and even taught himself cello adding to the mix. Their sixth recording was released as a double album.

When they toured with the new music there were problems. Townsend wanted to add horns and other instruments but was voted down by lead singer, Roger Daltry. Trying to recreate what he had invented in the studio Townsend used tapes as a part of the live performance. When they malfunctioned he berated the sound engineer, kicked over equipment, and stormed off stage.

Several other performances went off as planned.

There would be other iterations of Quadrophenia. In a video available on YouTube the character of Ace Face played by Gary Glitter, a rocker and protagonist to mod Jimmy, swung a microphone stand striking Daltry’s face during a rehearsal. Daltry is captured performing with an eye patch.

Moon died at 32 in 1978. Entwhistle was dead at 57 in 2002. With new members the Who continued to tour. Daltry later embarked on a solo career and Townsend has been involved in numerous collaborations and projects.

In 2015 Townsend’s long time musical collaborator Rachel Fuller scored the rock opera for orchestra. They were married in February.  It was performed to mostly favorable but mixed reviews with the 90-piece Royal Philharmonic Orchestra and the 80 members of the London Oriana Choir.

There was a very different feeling than when performed by The Who. The band was notable for its brilliant but deranged drummer, Keith Moon, Townsend’s leaps and propeller attacks on guitar, the greatest bass player of the era, John Entwistle and Daltry swinging wide circles with the microphone.

It was always a trip to watch them perform with Townsend ripping off power chords and evoking feedback from guitars he routinely smashed to pieces at the end of performances. Moon flipped sticks into the air and ending by kicking over his kit. Entwhistle, the rock of Gibraltar, just stood there and implacably played.

Back in the day there was nothing more dynamic than a Who performance. They toured relentlessly and I saw them often in Boston including a performance of Tommy at the Commonwealth Armory. With my friend Ron we dropped sunshine and had front row seats. In every sense we were blown away by the performance.

What fools we mortals be.

Townsend, however, never left his feet last night during a performance of Quadrophenia with Keith Lockhart conducting that magnificent score with the Boston Pops Esplanade Orchestra. The Tanglewood Festival Chorus was conducted by James Burton.

Now 72, Townsend appeared in several cameos singing on “I’m One” and with opera tenor Alfie Boe on “The Dirty Jobs” and “Helpless Dancer” in the first set. He returned on acoustic guitar in the second set backing Boe in the poignant and melancholy “Drowned.”

In 1969 and 1970 The Who performed at Tanglewood as those who were there like to remind us. In no way was this a Who appearance.

When the Pops has previously backed jazz and rock artists it has been the norm to have the orchestra behind a combo. In this instance, however, there were no electric guitars or bass on stage. The percussion section took over what Moon originated.

That’s what prompted a London reviewer to lament that this version of Classic Quadrophenia lacked the rock in rock opera.

That said Lockhart truly got the Pops to rock. How could one not swoon at the magic including inspired piano playing in the chilling finale of “Love Reign O’er Me” or the chorus stuttering through a passage of  ma, ma, my generation. When the audience clapped along Lockhart joined in while simultaneously cranking up the beat.

The Pops has never sounded better and most of all the musicians appeared to be having a blast. What a project for them to take on and surely more inspiring than another take on “Stars and Stripes Forever” or “1812 Overture.”

It was fabulous to hear something fresh and exciting on stage with a revitalized and artistically enhanced version of a pioneering work from 1973.

On many levels the evening belonged to Boe who has a rich and powerful voice. He belted out songs with pizzazz and hopped, skipped and jumped about the stage. He even fell to his knees and slammed down the mic storming off at pithy moments. While classically trained he is known for dramatic roles in West End and Broadway musicals.

In Great Britain he has sold a million CD’s and this brief tour of Quadrophenia is sure to increase his American fan base. Given that he was on stage most of the evening and pushing his voice to the max his stamina and endurance were remarkable.

He got a great boost and terrific sparring partner in Billy Idol as the sneering and snarling rocker Ace Face. He was over the top belting out the original Keith Moon theme “Bell Boy.”

After the chart success and critical acclaim of Tommy in 1969 it was tough to follow up. It was #4 on US Billboard charts. The band reached superstar level and was loosing contact with its base. Townsend took another try at a rock opera but it was too ambitious and complicated.

When Lighthouse was abandoned some of the material became the best selling Who’s Next with the hits “Baba O’Riley” and “Won’t Get Fooled Again.”

With the ambitious, iconic double album Quadrophenia the ambition of Townsend was to go back to the base in telling the tale of a troubled mod Jimmy, his doubt, misgivings, existential angst and struggles against the arch enemy rockers.

It was a story of working class British youth flocking to Brighton Beach and promenades of Carnaby Street attired mods and their birds on motor scooters. The biker rockers crashed the party and there were brawls on the beach.

In interviews, however, Townsend denies that it is not a simplistic coming of age tale. There are indeed complex and evocative concepts conveyed in songs like “The Real Me” representing a teenager looking desperately for answers. He is questioning his parents and resents being sucked into the numbing routines expressed through searching and with edge in “5:15.” He is on the beach in “Sea and Sand” and has a “to be or not to be” turn in “Drowned.”

It was a compelling evening that had us tossed in crashing waves of emotion. This swelled to a roiling and triumphant anthem “Love Reign O’er Me.”

They came back for an encore of “The Real Me.”

It was among the most memorable evenings of the Tanglewood season.