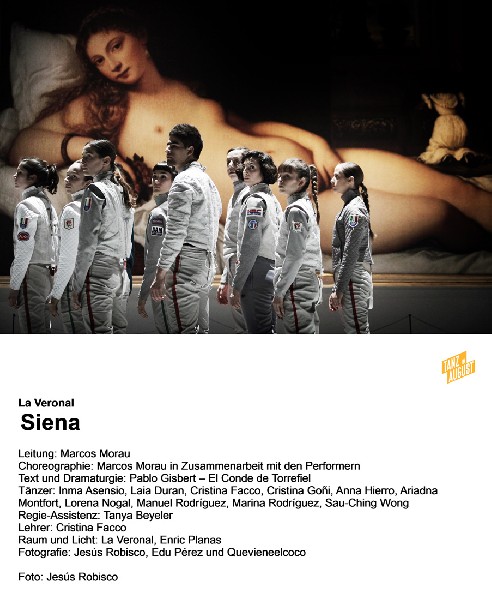 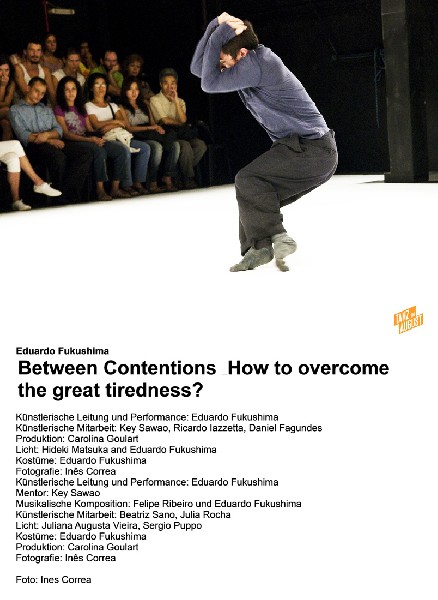 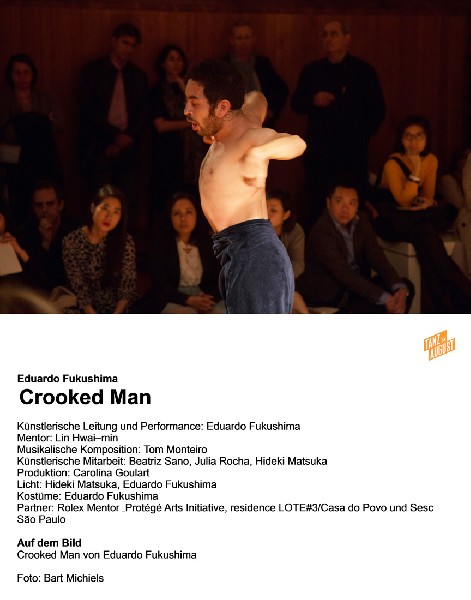 August 15 through 30 belonged to Contemporary Dance in Berlin. The 15 days of the 26th edition of Tanz im August were packed: 11 venues boosted sold out performances of 21 international companies from 14 countries with a dazzling multitude of approaches. Virve Sutinen, the Finnish Artistic Director of this and next year’s festival, wanted to show “a walk through the landscape of contemporary dance,” intended to invite the public to become part of the program and stated that “diversity is a fact and not a special characteristic.”

Indeed, the first year of the second 25 years of Tanz im August rejuvenated the public, raised the curiosity as to the directions the presenter, Theatre HAU (Hebbel am Ufer), would point out and consequently disappointed in the answers it showed. Tanz im August is the most important venue for contemporary dance in Germany and together with Montpellier Danse and Impulstanz Wien the gauge for what is the current trend. But, besides several fabulous works and some incredible performers, there was no real breakthrough in the offing, rather a continuum of the normal procedure was exercised – namely presenting a mixture of known companies and exciting newcomers. Virve Sutinen succeeded, but in reality that dance has reached a plateau is disappointing.

Although there was no great breakthrough, there were formidable events, such as the grand finale of Jefta van Dinther’s Plateau Effect at the Volksbuehne, danced by Sweden’s foremost contemporary dance company Cullberg Ballet and choreographed by the Dutch-born Jefta van Dinther, who now resides in Berlin. How his 9 dancers use a huge cloth as curtain, let it weave them into and out of sight, how they dance it into a windswept sail and finally roll it together, seemingly forever – that was high drama, superbly danced. It also drives home van Dinther’s concept that “a plateau effect, its stagnation can be celebrated, since people always come to a point where there is no further growth.”

That was the answer to the puzzle presented through the abundant and seemingly discordant events at opening day - a 6-hour dance symposium at the Sophiensaele and Brasilian newcomer Eduardo Fukushima’s Crooked Man at the Schinkel Pavillon - and opening night at the HAU1 and HAU 2 on August 15. At midnight the question was obviously about the directions of this year’s edition.

Such opposing works as Quebec’s Daniel Léveillé’s Solitudes Solo was followed by New York City based Trajal Harrell’s Antigone Sr./Twenty Looks or Paris is Burning at the Judson Church. The former interpreted in 5 soli the grace and possibilities of the human body. It was exquisitely danced to music by Bach. The latter one, Trajan Harrall’s and his dancers interpretation of the Antigone theme and the lure of invoking analogies to the accomplishments of the Judson Church was questionable. This high camp version reveled in its own importance with endless repetitions of “we are…” and in showing off in the vogueing mode (walking as if being a model on the fashion stage) with an almost vulgar garishness but without showing any acumen for dance. What saved the long performance was the charm and personality of Harrell, who pulled the audience into the action, when many were dangerously close to being bored.

Another big group came from New York City; Lazar and Annie-B-Parson’s Big Dance Theater. Alan Smithee Directed This Play dialogued in a very enjoyable way to Harrell’s eclectic Antigone version. It is a hybrid of a dance and theatre event, where film sequences of the 1970’s melt together with Cold War sequences. Dr. Zhivago scenes, telephone conversations on rotary phones, political statements and more culminate into an absurd and da-da-like surge of ever changing action on stage. The synonym Alan Smithee is used in Hollywood when a director does not want to be associated with the work. This is definitely not true for the Big Dance Theatre that thrives and is known for pieces, where the public has to work hard not to drown in the tidal waves of imagery, dance and sound.

Much easier to access was Michael Clark’s Animal/Vegetable/Mineral. The newest work of this British choreographer was beautifully danced and elegantly presented at the Haus der Berliner Festspiele. Another famed company, the Belgian Anne Terese De Keersmaeker with her company Rosas, was eagerly awaited. It impressed at the Haus of the Berliner Festspiele through the collaboration with the New Music Ensemble Ictus. The key work of spectral music  Vortex Temporum by Gérard Grisey gave the name to the entire work. 7 dancers of Rosas interpreted the music after the musicians performed first, then the dancers appear to counter clock wise movements, including moving the piano and finally disappear into the darkened background, showing only the light on the hands of the conductor to a quiet and impressive ending.

Two newcomers to the festival, the Brasilian Eduardo Fukushima and the Spanish choreographer Marcos Morau with his collective La Veronal were the big discoveries of this year’s Tanz im August. Fukushima is an amazing dancer, an acrobat with a seemingly boneless physique. Besides the opening performance of “Crooked Man” he performed at the HAU 3 two older works, Between Contentions and How to Overcome the Great Tiredness. The latter was especially breathtaking.

Morau’s Siena was danced/performed by his troupe La Veronal at the Schaubuehne. Based in a museum area that is dominated by a painting of a seductive nude, the action spins out of control into visions of magical transcendences. The creation uses dance, film, photography and literature to interprete Morau’s vision of the city of Siena. The use of a city or a country is a typical point of departure for the works of this new star on the international dance scene.

Thus, Dance in August succeeded in showing trends, the new works of known groups and performers together with exciting new dancers and not yet known companies. The head of the HAU Theatres, Annemie Vanackere, was granted her wish that the festival continues to remain a seismograph for contemporary dance. It remains one of the showplaces of the international cultural magnet that Berlin has become, and it also showed that performances have reached a plateau.

Whether this should be celebrated, as Jefta van Dinther suggested, or whether there are new ways on the horizon may be answered at next year’s Tanz im August.