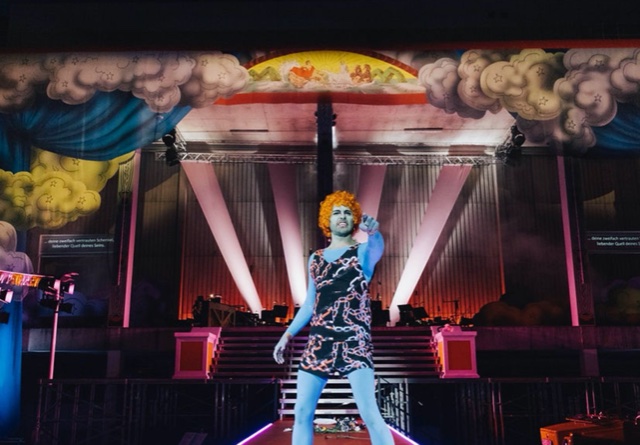 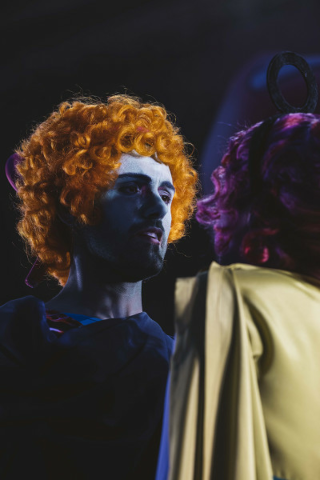 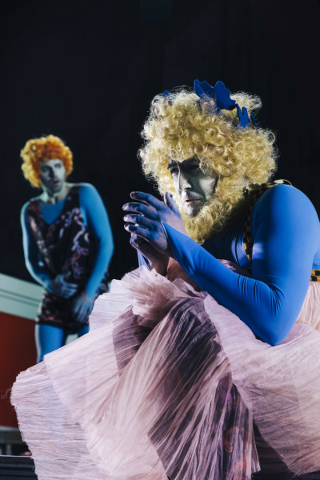 Son and father in Greek, Berlin 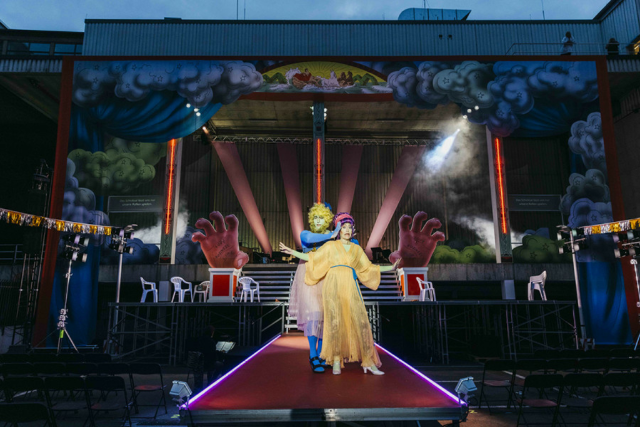 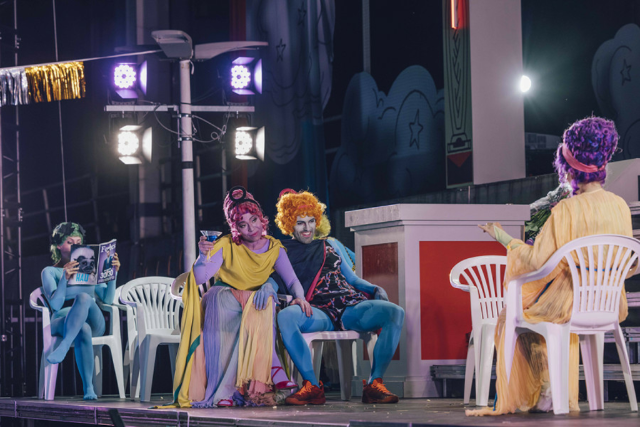 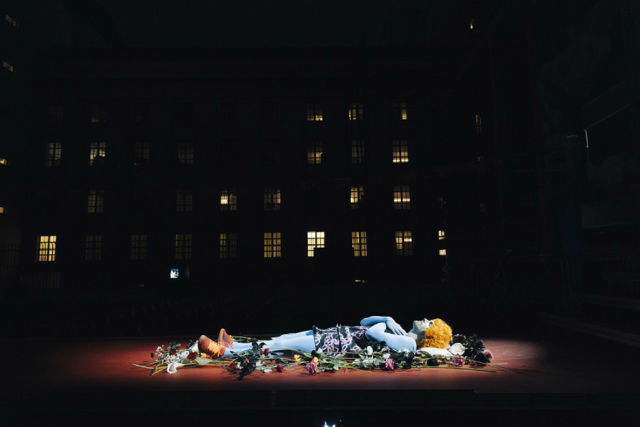 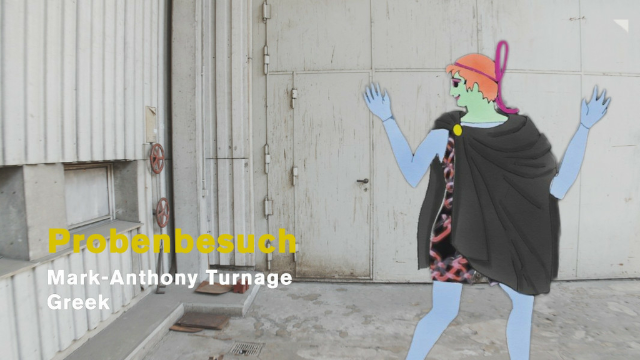 Turnage chose bad boy Steven Berkoff’s Greek, a sensational take on the Oedipus myth, as his story. This is not Sophocles, nor is it Stravinsky, Andre Gide, or Jean Cocteau. Jonathan Moore joined Turnage as librettist.

In Greek, the Oedipus character appears in the form of Eddy, a young, working-class man in the East End of London struggling to make his way in a deeply divided society. In a country marked by racism, violence and mass unemployment Eddy sets out to free himself from the shackles of his environment and to challenge what appears to be his inevitable destiny.

After killing his own father and marrying his mother, the original Oedipus has no alternative but to accept the fate foretold by the gods and own up to his guilt. Berkoff’s Eddy, on the other hand, is singularly unimpressed by fate, myths and morals, celebrating himself as “motherfucker” who revels in free sexual love with his wife and mother.

Turnage saw this socially critical and anti-bourgeois version of the Oedipus tale as the perfect material for his own unconventional take on opera. He uses Berkoff’s unrestrained language–a blend of  refined phrases aimed at the audience’s emotions and rough Cockney slang– as the springboard for an equally powerful and stylistically varied score that combines elements of jazz, hip hop and even football anthems.  Leaning heavily on percussion, Turnage communicates the soul of the house of Thebes in his varying rhythmic beats pressing forward.

The Deutsche Oper uses their parking deck as the setting. The rough backyard architecture is a perfect place to mount scaffolding and bleachers that provide an orchestral area for 18 instruments and multi-level performance areas.  A catwalk juts out into the audience.  High above, some action takes place perilously on a balcony.  The costume and hair colors are a rainbow of Kool-aide lime greens, juicy yellow and orange.

The drama is sharp, direct, and tragic. Angry young Eddy, who doesn’t know he is adopted, leaves his parents and kills a man, who, hewing to the original story, turns out to be his father.  He then falls in love with his widowed mother.

The brilliant conductor Yi-Chen Lin is in full command of the raucous, engaging and sometimes tender music performed with commitment and also subtlety by 18 musicians. Lin has worked as kapellmeister and assistant to the General Music Director at the Deutsche Oper Berlin.

She makes the most of the rhythmic repeats, suggesting a grip of fate which cannot be altered.  Every instrumentalist plays a second instrument, often percussion.

Pinar Karabulut, one of the most sought-after young theater directors, makes her musical theater debut. Her productions for the Schauspiel Köln, Volkstheater Wien and Volksbühne Berlin and her directorship in the management team at the Münchner Kammerspiele are the solid basis of her reputation.

She physicalizes performance. Always respecting the voice she adds  the dimension of movement and gesture throughout the evening. She does not steer away from sexualized acts of love and violence. Her direction is taken up by the singing artists, who use facial expression, body gestures and beautiful singing voices convey character and develop story.

Every detail of the performance weaves together into dynamic theater. The performers captivate. Dean Murphy, with a  music degree from Yale, is making his mark across the continent. As Eddy (Oedipus), Murphy is wrenchingly moving in his use of head voice as he sings, 'We only love' after the final revelation.  He is a superb physical actor.

Stolber, like everyone in the cast except Murphy, has multiple roles. She moves across character with ease. All the characters are acting singers that light up the stage.

Costumes are eye-catching.  Orange and yellow wigs sometimes compliment and often clash to catch the eye. Like Berkoff’s notion of theater, the acting in physicalized gesture and choreographed prances moves the characters from one place to another.

A long catwalk extends from the bottom level of the bleachers out into the audience. Eddy sometimes tells his story from the catwalk and sometimes uses it to escape. Way up in the rafters, characters look down on us, blazing in pink.

US music institutions, desperate for audience, have over the past decade called for the democratization of the arts.  The largest missing audience sector in classical music resides at the lower end of the class spectrum. CEOs speculate that these potential audience members don’t come because they have not been invited to the party. The renovation of David Geffen Hall is directed at this group.

Yet across the pond, where an educated public is more apt to attend performances at the English National Opera or even Covent Garden, new opera is created with stories set in the lower end. They attract new audience. A perfect example is Greek which Deutsche Oper mounts for everyone's pleasure.