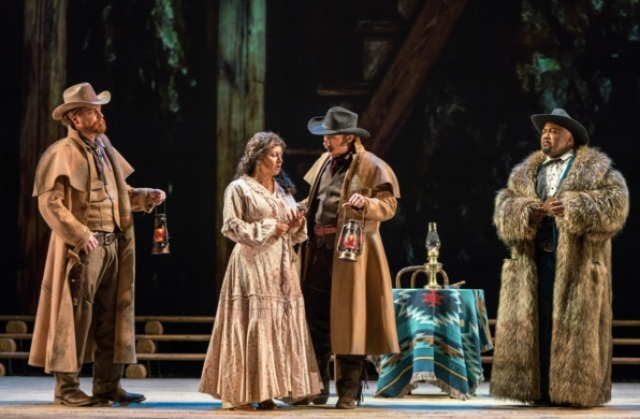 The majestic first theme of the prelude evokes mountains 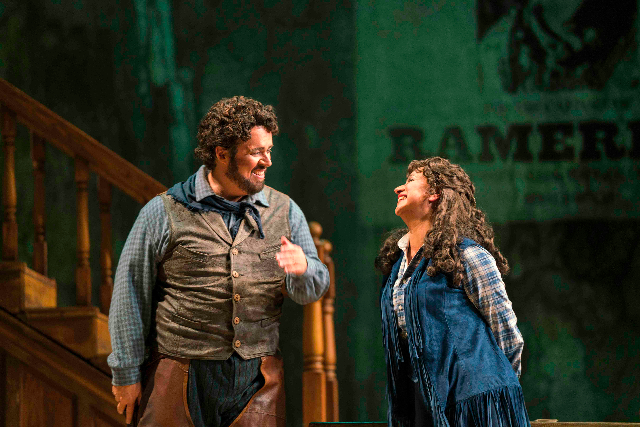 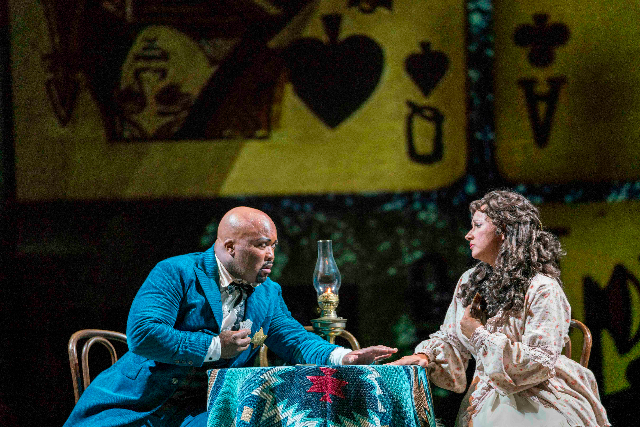 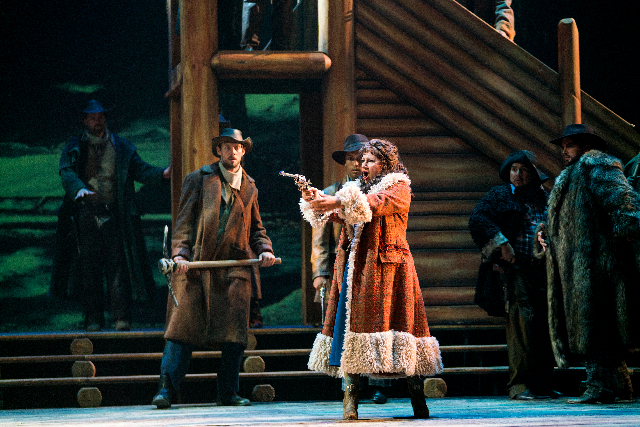 You can get a man with a gun 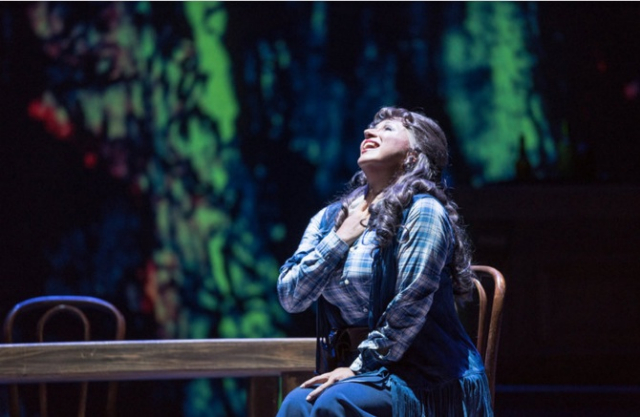 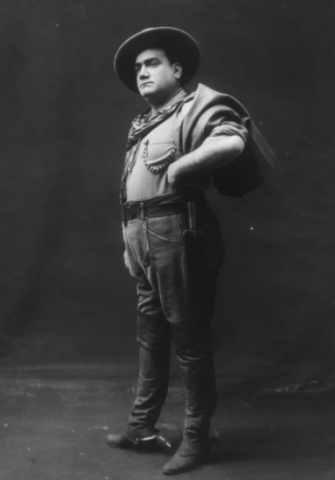 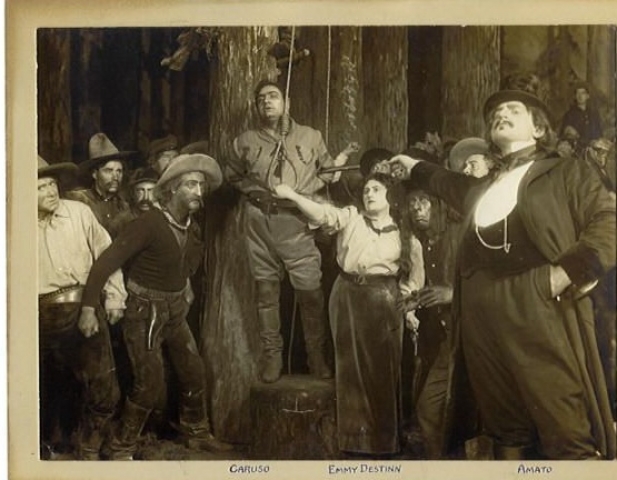 The premier production at the Metropolitan Opera, 1910.

Puccini loved to compose and after the success of La Boheme, Madama Butterfly and Tosca he was looking for a new story. These three operas already bored him. He had also had trouble with the librettists with whom he’d worked. Luigi Illica, a co-librettist, even suggested that he get another composer to collaborate with him. Instead Puccini found new librettists.

Puccini’s publisher wanted him to undertake the story of Marie Antoinette. Puccini resisted. He did not want to write about an historic figure and an old, well-known saga. He was looking for something fresh.

While he was in New York for the premier of Manon Lescaut at the Metropolitan Opera, he attended David Belasco’s play Girl of the Golden West on Broadway. He was not immediately captivated, but he couldn’t get the story out of his mind.

A young poet, Carlo Zangarini, met with Puccini, who finally settled on his “girl,” Minnie. Puccini was attracted to the epic features of our American west. He kept a picture of tall redwoods near him. He never got to California, but learned of its harshness and its beauty from picture books.

The composer set the opera in California’s Cloudy Mountains as he ordered recordings of American folk music. A Zuni Indian sun dance is referenced among other native American tunes. Puccini absorbed an impressionists' idiom which Ravel also used.

What strikes immediately about the score is that it is tall. The first theme of the prelude evokes the majestic expanse of mountains. The miners singing as a chorus are not only disharmonies, but also sing in tall octaves. The interval leaps are often large, suggesting height. The tone is different from the absorbingly melodic notes of the three operas that preceded it, although melodies and nostalgic moments are ever present. Puccini is trying for something different. Arturo Toscanini regarded this opera as a tone poem. He made suggestions which the composer incorporated.

Puccini is speaking a new musical language in this opera. He reaches forward to the mid 20th century in his through-composed score and the new textures he creates. The New York City Opera Orchestra under James Meena gave a detailed and moving performance of the suggestive music. It is full of unusually subtle details which Meena brought forward.

Conductor Meena and the director Ivan Stefanutti succeed in taking us west, into the mountainous, tree-covered peaks of the Sierra Nevadas and the bar run by Minnie, Puccini’s girl. Kristin Sampson sings the role at the Rose Theater. She is a full-throated Minnie, irresistible to the miners who make her bar home. She is more than a match for each miner in her brood, as well as the sheriff and the bandit.

Kevin Short is a memorable Jack Rance, pacing like a tiger seeking his prey, the Girl. He lofts his huge and rich voice to capture both the power of his role as sheriff and the fear that the woman he wants will not be his.

Jonathan Burton wrapped his role as Dick Johnson aka the bandit Ramerrez in burnished tenor tones, full of the feeling of a man on the run and a man running to love for the first time.

While creating the central role as a woman is unusual for the Western genre, the background in the snowy mountains is not. Stefanutti is credited with the projections which look like they were copied from one of Pucccini's California guide books. Even Puccini thought the setting a difficult one to achieve.

NYCO has done a terrific job in suggesting the setting of an American mining town. The sheriff’s posse looking for the bandit are silhouetted on the forest background around Minnie’s cabin, and add an ominous but not distracting element to the scene.

La Fanciulla offers the hope of the New World. It is a wonderful opera which is not performed often enough, and NYCO does a great service to opera lovers by offering this production.