Works & Process at the Guggenheim 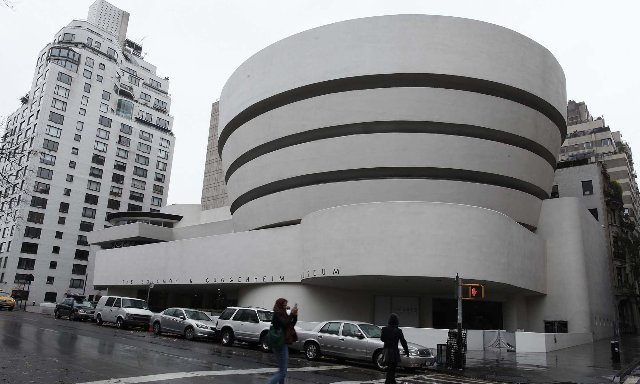 Works & Process, the performing arts series at the Guggenheim, begins its fall 2021 Season with a return to evening performances in the Frank Lloyd Wright-designed Peter B. Lewis Theater this September and October at the Solomon R. Guggenheim Museum, 1071 Fifth Avenue, New York, NY 10128. Following a spring season featuring robust in-person rotunda performances at a time when theaters remained dark, this fall Works & Process will resume its signature behind the scenes Artist-driven programs, uniquely blending performance highlights with insightful artists discussions all prior to premiere. Tickets on sale now for September and October programs at www.worksandprocess.org. Additional programs will be announced later in the fall.

Works & Process programs will be 60 minutes, ticketed at full capacity, and require everyone to be fully vaccinated. All individuals will be required to wear a face mask at all times. At this time, children under the age of 12, for whom there is currently no available vaccination, will not be permitted to attend.

The Metropolitan Opera: Fire Shut Up in My Bones by Terence Blanchard, libretto by Kasi Lemmons

Ahead of the Metropolitan Opera’s 2021–22 season, learn more about the opening night production Fire Shut Up in My Bones—the Met's first performance of an opera by a Black composer. Written by Grammy Award–winning jazz musician and composer Terence Blanchard, this adaptation of Charles M. Blow’s moving memoir features a libretto by filmmaker Kasi Lemmons. The opera tells a poignant and profound story about a young man’s journey to overcome a life of trauma and hardship. James Robinson and Camille A. Brown co-direct this new staging; Brown, who is also the production’s choreographer, becomes the first Black director to create a mainstage Met production. Prior to its premiere, General Manager Peter Gelb moderates a discussion with members of the creative team and cast members present highlights.

Join composer Huang Ruo and writer David Henry Hwang as they discuss their newest collaboration, M. Butterfly. Inspired by the true story of a French diplomat who carried on a twenty-year love affair with a star of the Peking Opera, M. Butterfly is based on Hwang’s 1988 Pulitzer Prize finalist and Tony Award–winning Broadway play of the same name. Hear excerpts ahead of the production’s world premiere as part of Santa Fe Opera’s 2022 season.