Deirdre of the Sorrows at City Lit Theatre 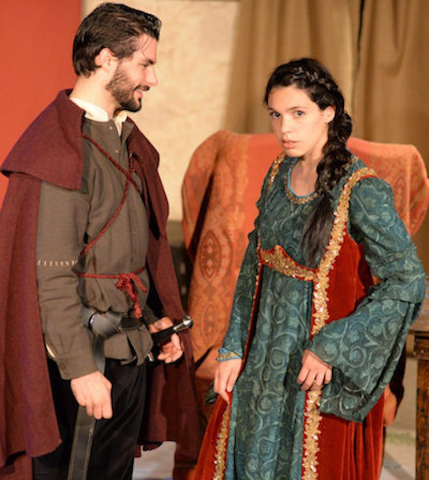 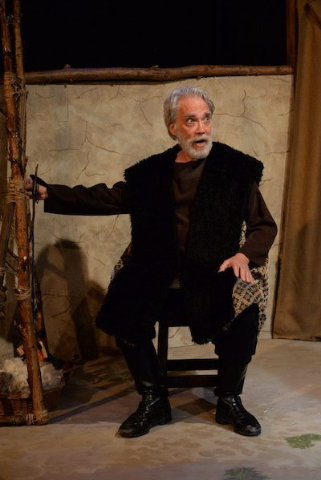 Deirdre of the Sorrows by John Millington Synge is based on the Irish legend of Deirdre, set in ancient times in the Irish kingdom of Ulster. City Lit Theater is staging this tragically romantic story about the Irish proclivity for going away and coming back, as the Van Morrison quote in the playbill notes. Kay Martinovich directs a cast of 10, speaking in the antique and poetic language of Synge.

As the play opens, Conchubor, the aging king of Ulster (Tim Kidwell), has come to the cottage where Deirdre lives with Lavarcham (a fine performance by Morgan McCabe), the woman who has raised her since infancy on Conchubor’s instructions. From the time of her birth, the king intended to make Deirdre his bride and he has come to claim her and take her to his palace, Emain Macha, in the capital of Ulster. Deirdre, played by Natalie Joyce, is now a young woman of about 20 who has a mind of her own, loves her forest home, and isn’t ready to become a queen. She doesn’t hesitate to tell Conchubor what she thinks about his marriage plans.

“A girl born the way I’m born is more likely to wish for a mate who’d be her likeness…. A man with his hair like the raven, maybe, and his skin like the snow and his lips like blood spilt on it.”

She loves Naisi, son of Usna. The legend of Deirdre predicted that she would be the most beautiful woman in Ireland and she would bring troubles upon the sons of Usna and Ireland.

Naisi (Alex Pappas) comes with his brother/soldiers to take her to Alban (now Scotland), where they live for seven years. In act three, the predictions come true.

Synge’s poetic language is beautifully spoken by most of the cast, enhanced by dialect coaching by Catherine Gillespie. The unfamiliar pronunciations of Irish names are handled well. Only one quibble: A few of the actors speak at too high a volume level for City Lit’s small space. Martinovich’s expertise in Irish theater is displayed in her sensitive attention to the medieval mood in both performance and staging.

The quality of Synge’s poetry is praised in James Joyce’s Ulysses.

Buck Mulligan thought, puzzled:
— Shakespeare? he said. I seem to know the name.
A flying sunny smile rayed in his loose features.
— To be sure, he said, remembering brightly. The chap that writes like Synge.”

(Thanks to Gerry Owen for the quote.)

Synge, who is best known for his plays Playboy of the Western World and Riders to the Sea, left an unfinished draft of Deirdre of the Sorrows when he died in 1909. The play was finished by William Butler Yeats and Synge’s fiancée, Molly Allgood.

City Lit’s production is the first time that Deirdre has been staged in Chicago for 100 years. In 1917, the Chicago Little Theatre, an influential part of the art theater movement, staged the play. The art theater or little theater movement was organized to present the work of contemporary European playwrights and counter the commercial theater then being produced in the U.S.

Deirdre of the Sorrows continues at City Lit Theater, 1020 W. Bryn Mawr Ave. (on the second floor of the Edgewater Presbyterian Church), through October 15. Performances are Friday-Sunday with Monday performances on October 2 and 9. Tickets are $32; buy them online or call 773.292.3682.